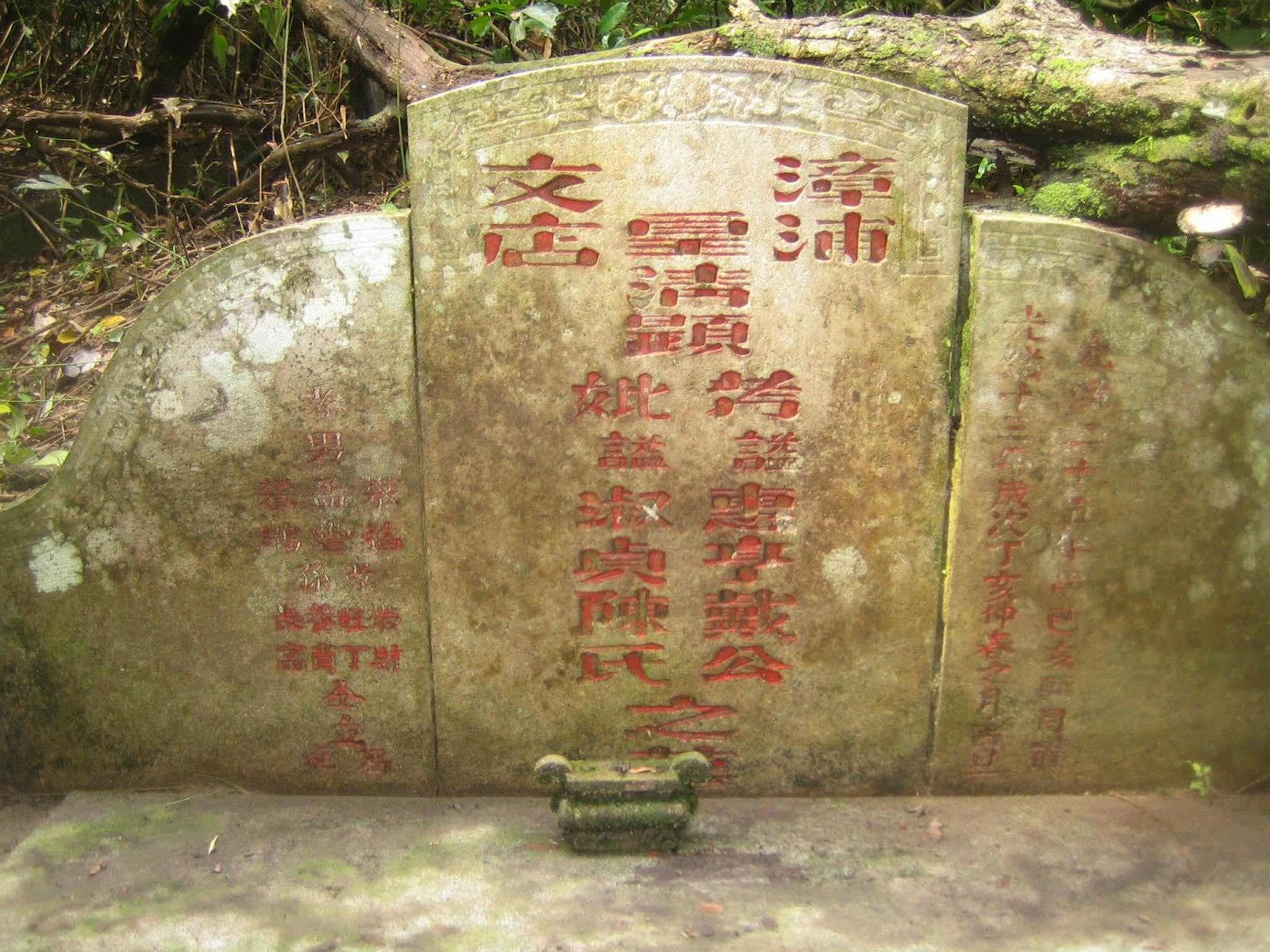 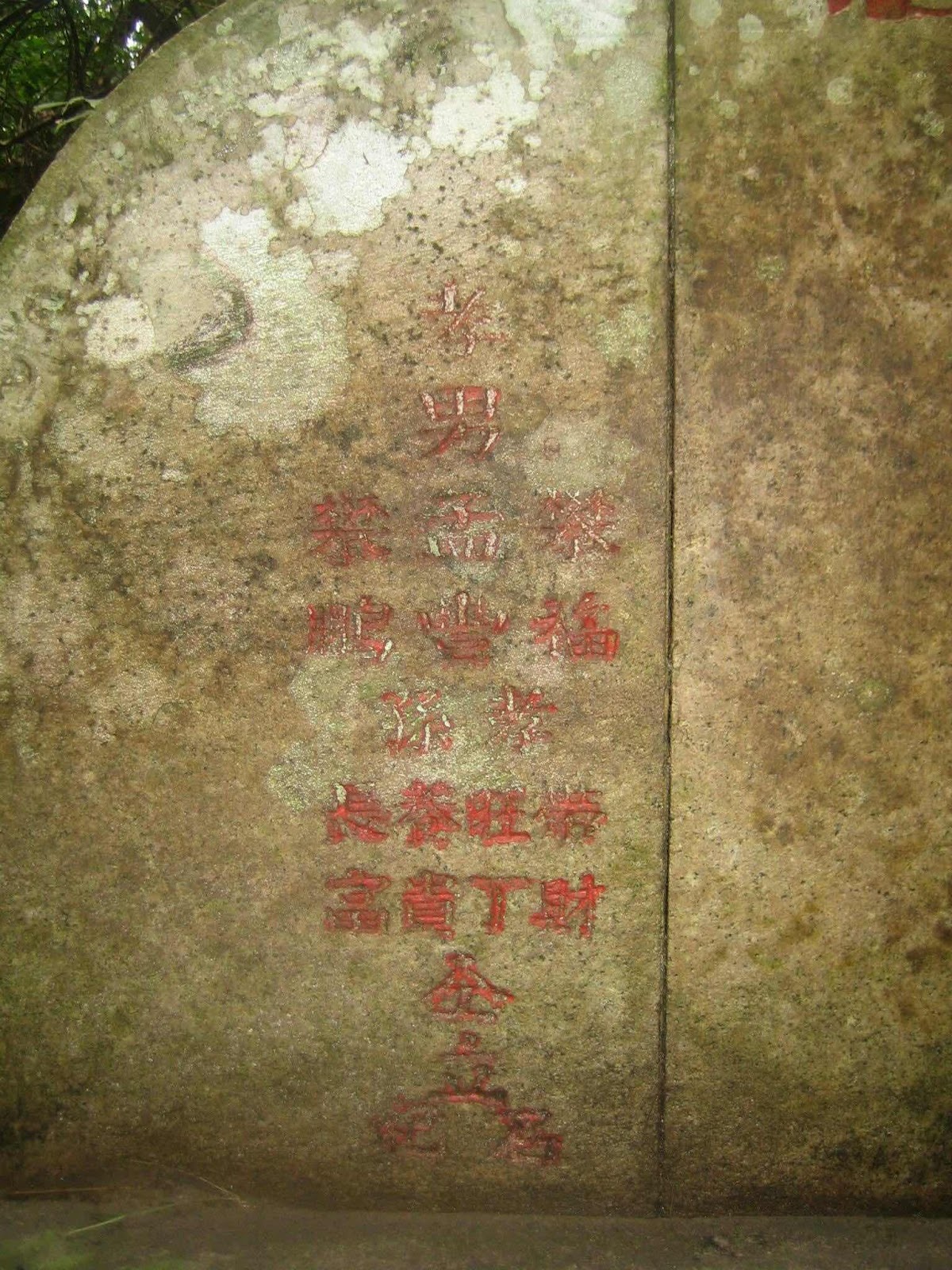 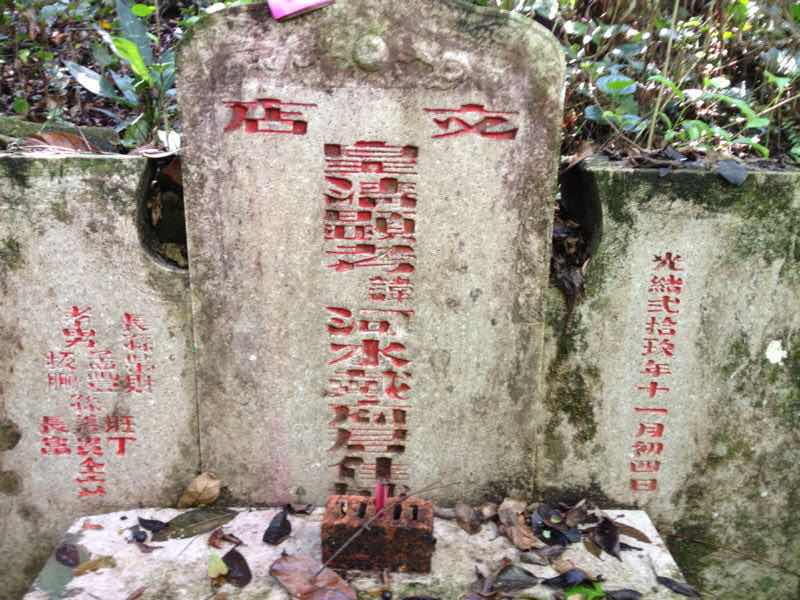 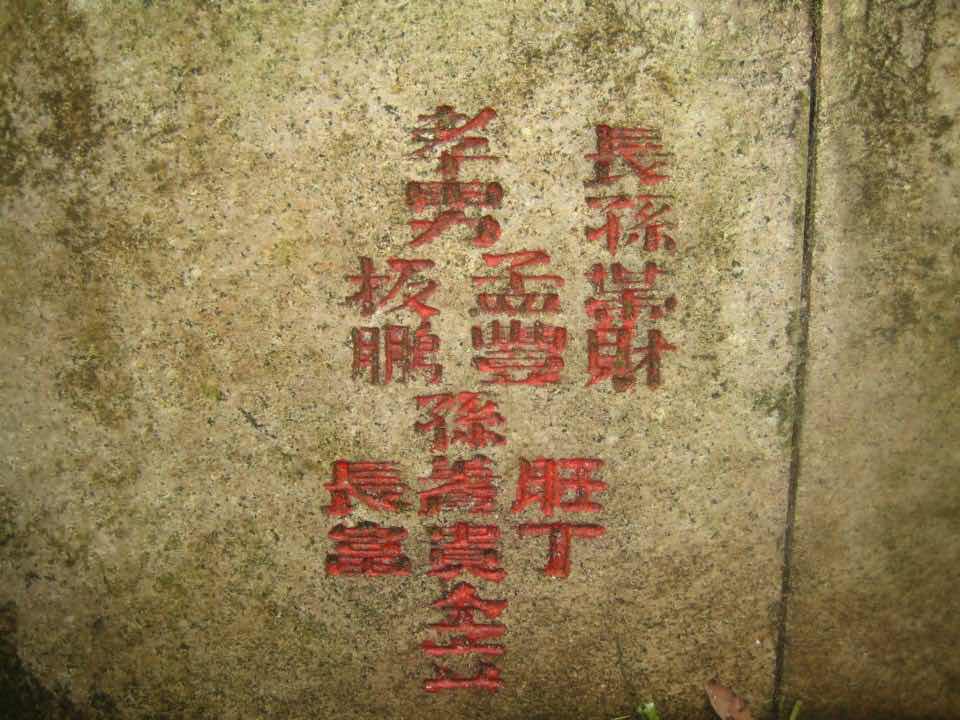 From One Hundred Years’ History of the Chinese in Singapore:
Tay Ho Swee was the son of Tay Han Long, who is believed to have been the first opium and spirit farmer in Singapore, his business being known as ‘Hiap Hong Watt Seng’. Ho Swee was born in Singapore in 1834 and in his early years he owned two sailing vessels in which he shipped planks to Tien-Tsin and Shanghai. One of these vessels was caught in a storm and foundered with all on board. The chinchew of that ill-fated boat was the youngest brother of Chia Ann Siang. Later on, Tay Ho Swee became interested and held shares in his father’s Opium-Farm venture, and was a partner with Cheang Sam Teo when the latter was the Opium and Spirit farmer. Ho Swee also owned a steamer called Batara Bayu Sri, which called at the ports of Tringganu and at Singgora. He was an influential man in the Chinese community in the ’Seventies, and his name invariably appeared as one of the signatories to Chinese petitions and memorials to Govern-[120] ment at this period. Bukit Ho Swee off Havelock Road still remains to keep his memory green. He died here on the 2nd November 1903 in his seventieth year.
———————————-
GOVERNMENT NOTIFICATION.
Singapore Chronicle and Commercial Register, 7 June 1827, Page 1

SINGAPORE.
The Singapore Free Press and Mercantile Advertiser, 4 May 1846, Page 1 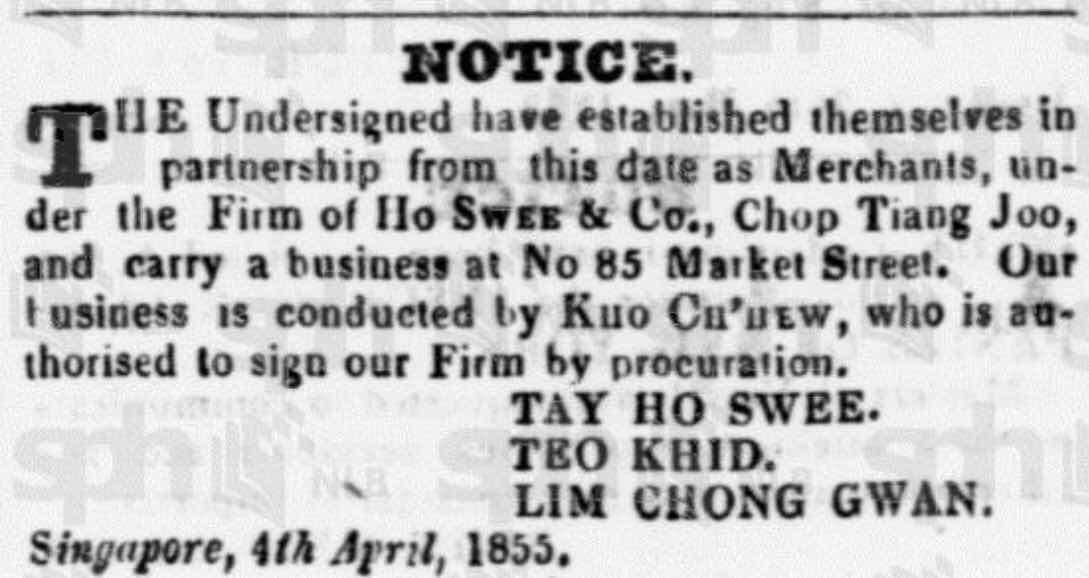 The Undersigned have established themselves in partnership from this date as Merchants, under the firm of Ho Swee and Co, Chop Tiang Joo, and carry a business at 85 Market Street.  Our business is conducted by KUO CH'HEW who is authorised to sign  our Firm by procuration
TAY HO SWEE
TEO KHIT
LIM CHONG GWAN
Singapore 4th Apr 1855 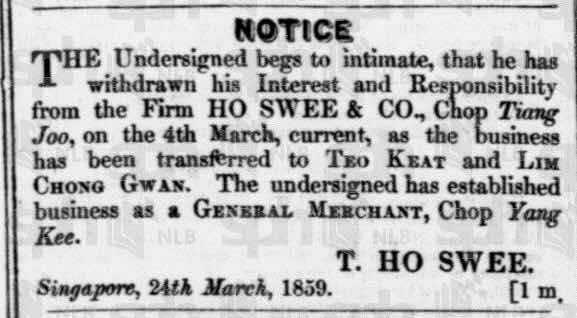 The Undersigned begs to intimate, that he has withdrawn his interest and responsibility from the firm
Ho Swee and Co., Chop Tiang Joo, on the 4th March, current, has the business has been transferred to TEO
KEAT and LIM CHONG GWAN. The undersigned has established business as a General Merchant, Chop Yang Yee 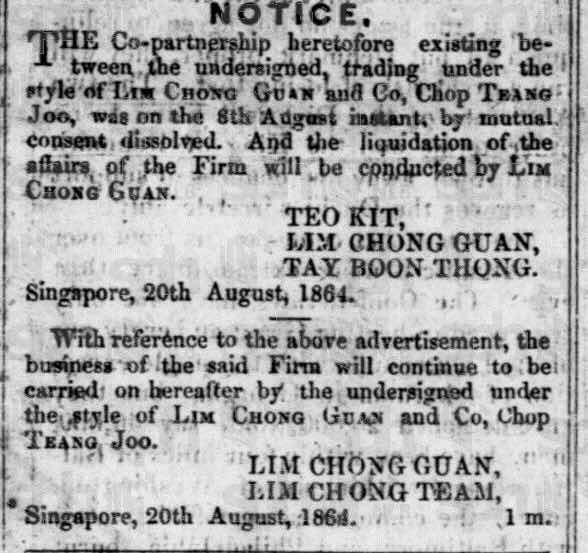 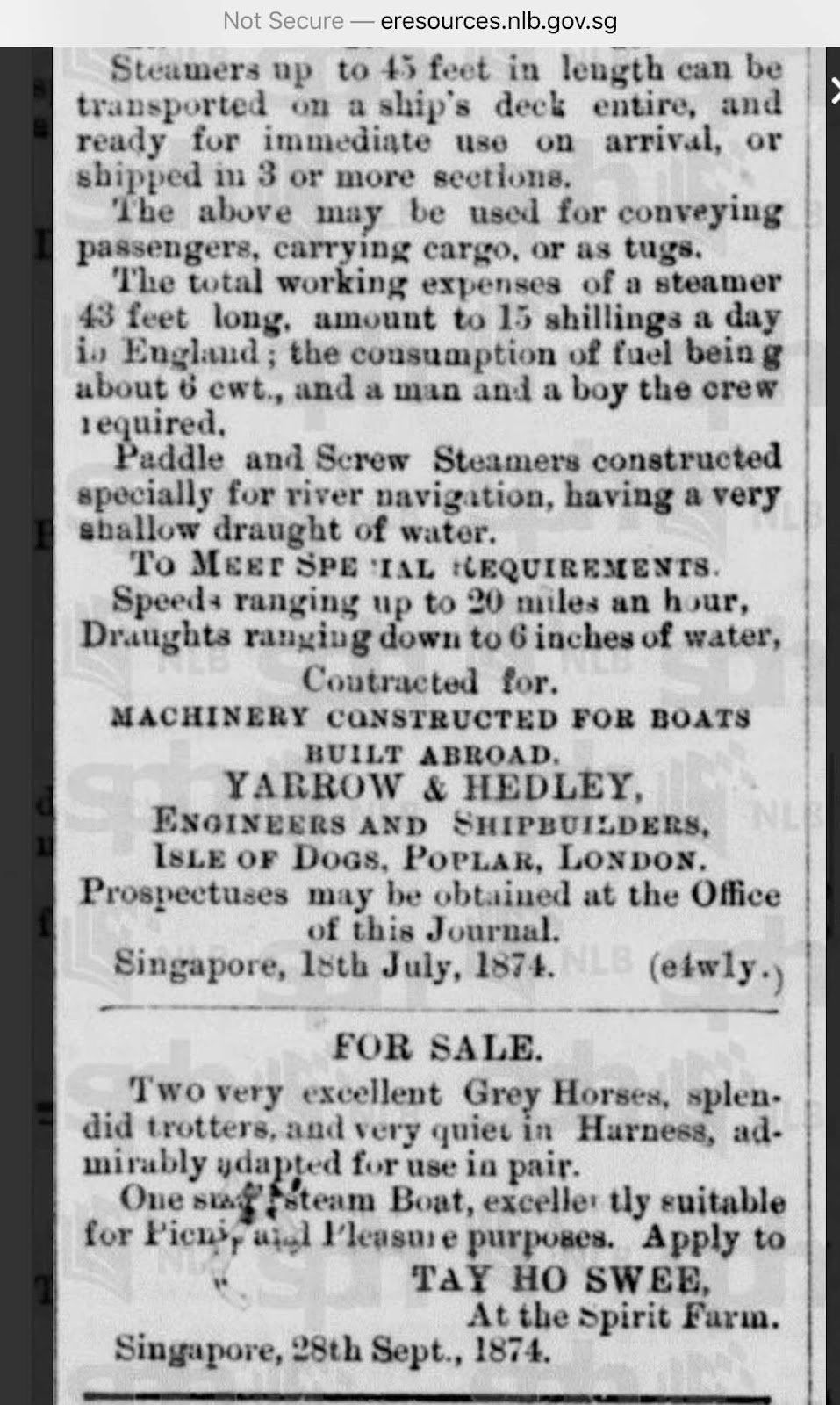 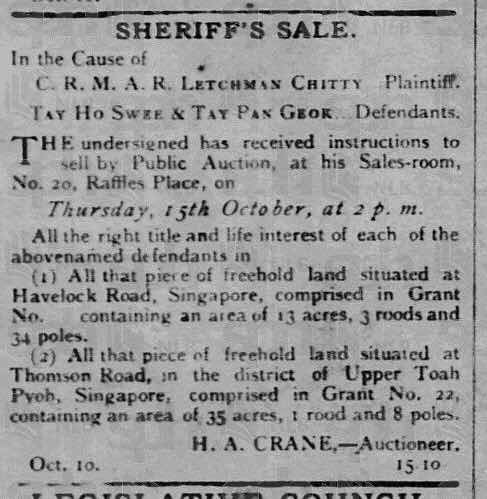 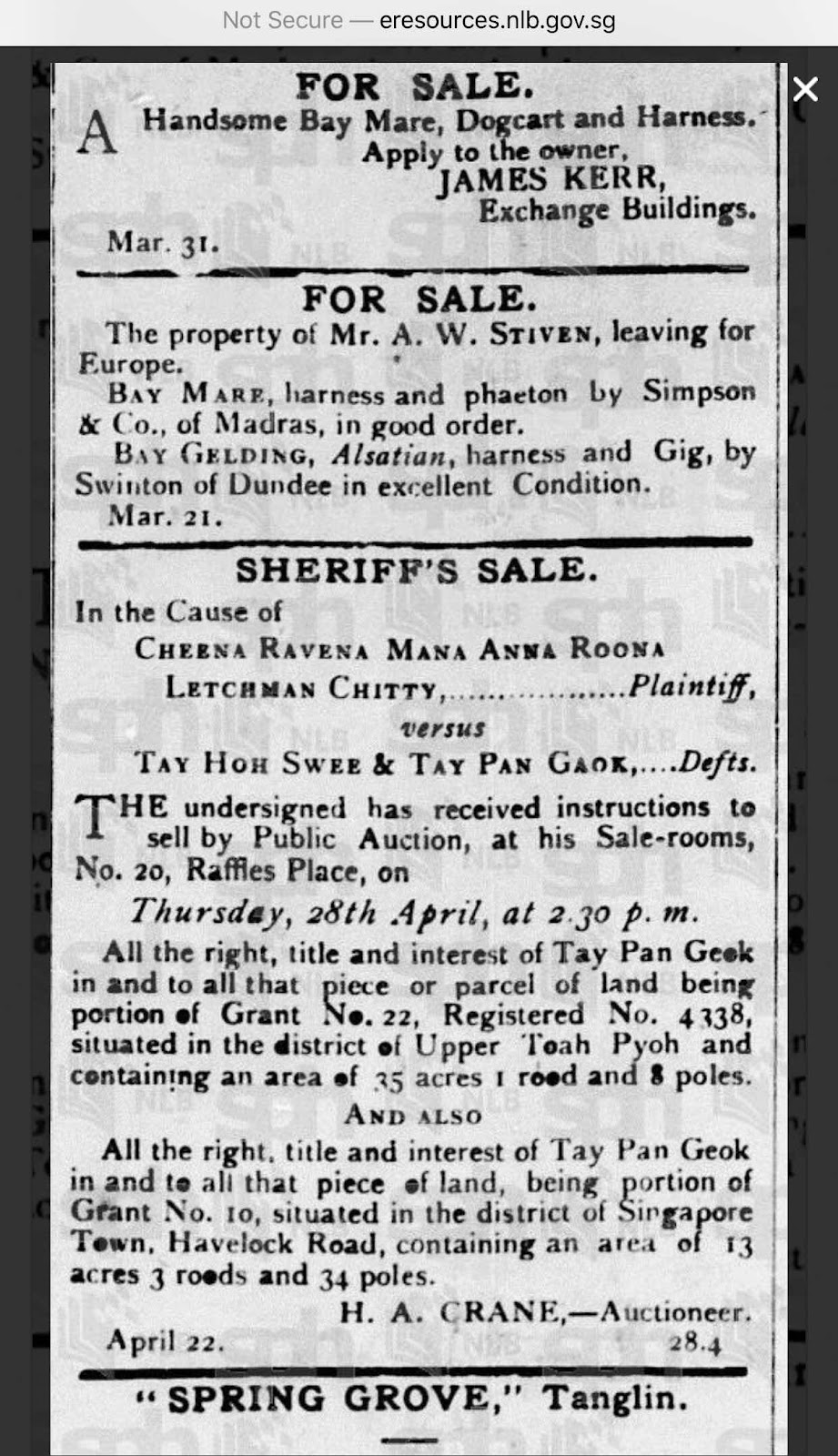 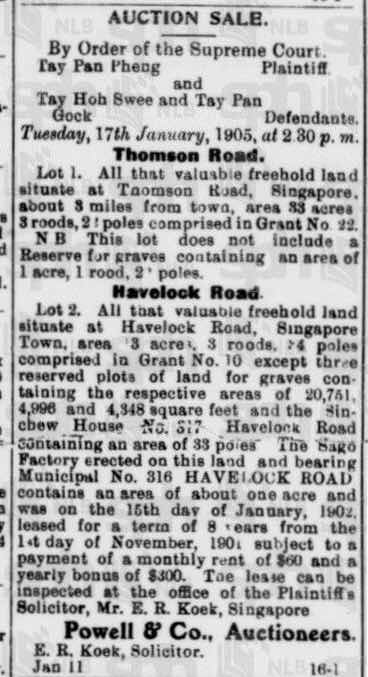 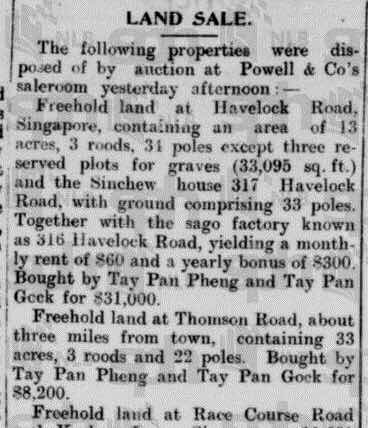 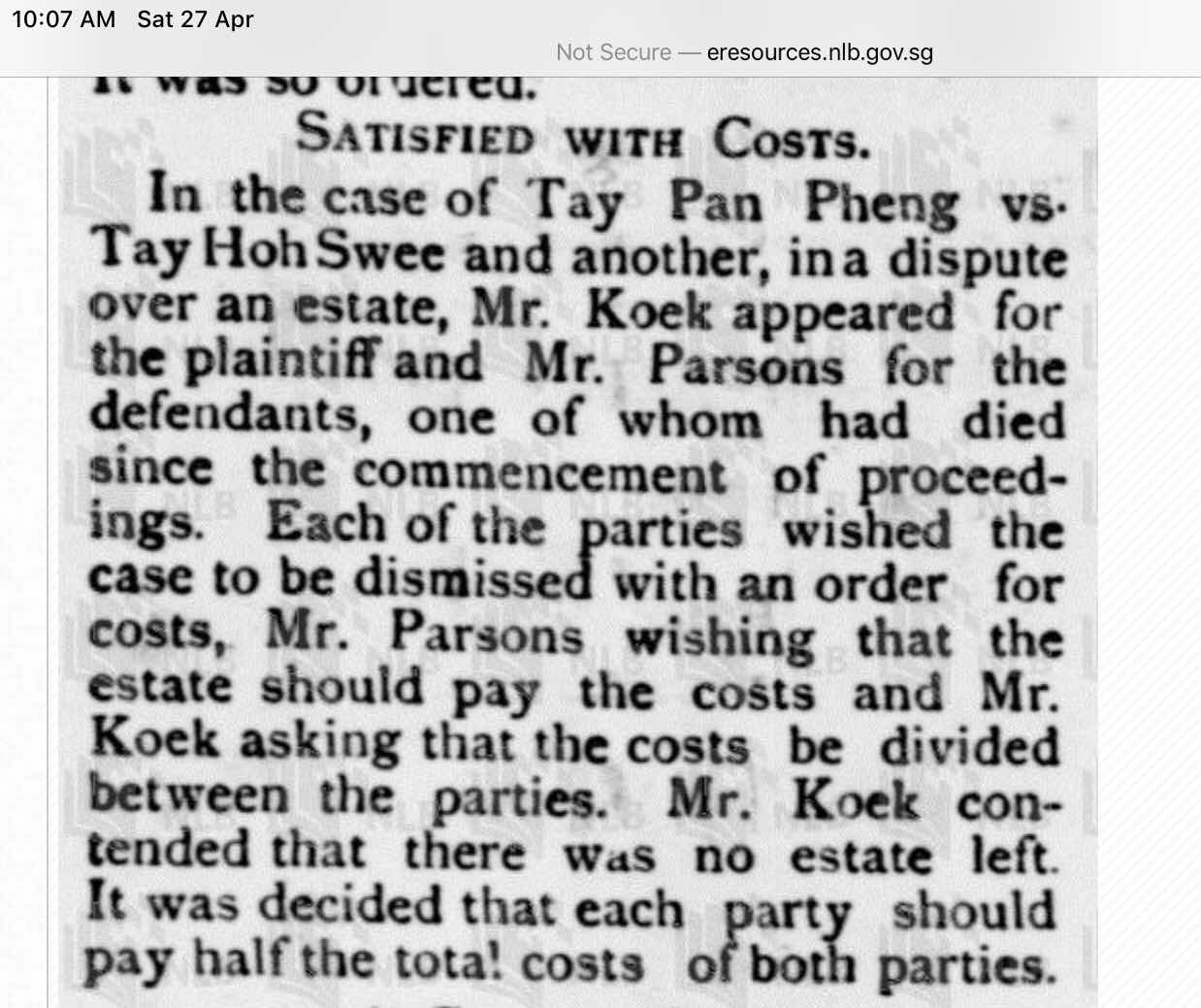 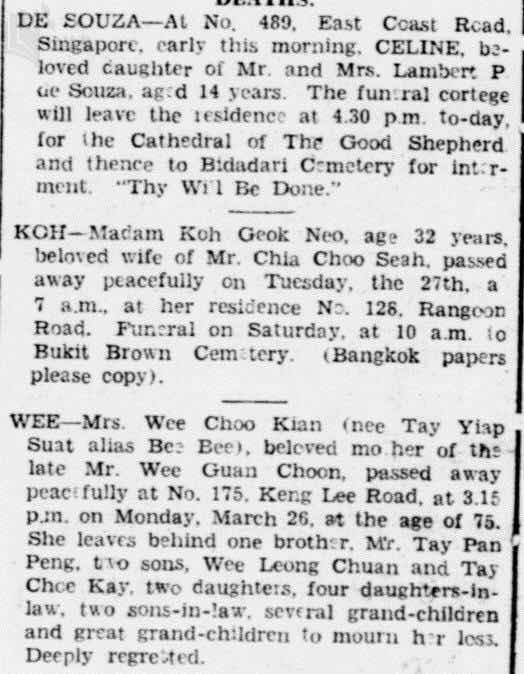 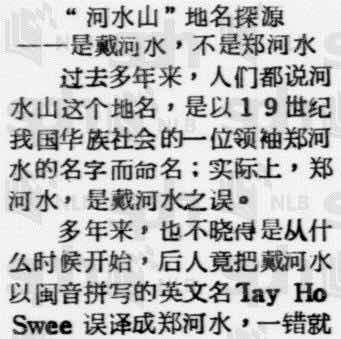 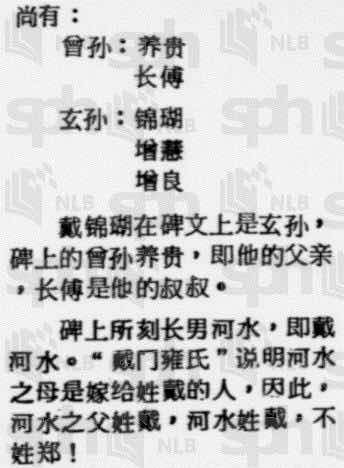 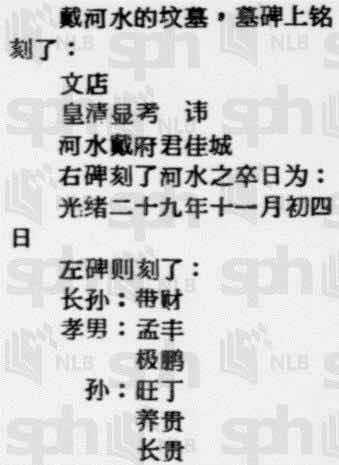 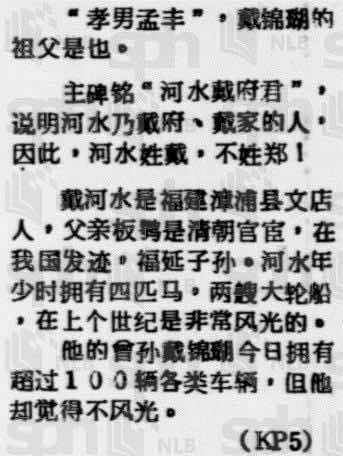 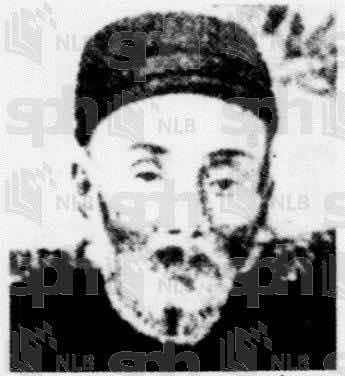 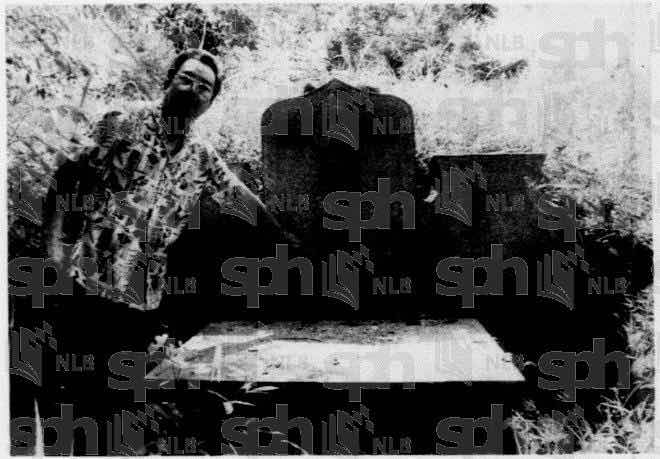 This article has a mistake - Tay Pan Gock is not the father of Tay Ho Swee but son.
Pan Gock wife is Lee Sam Mui and son is Tay Yang Kwee
— 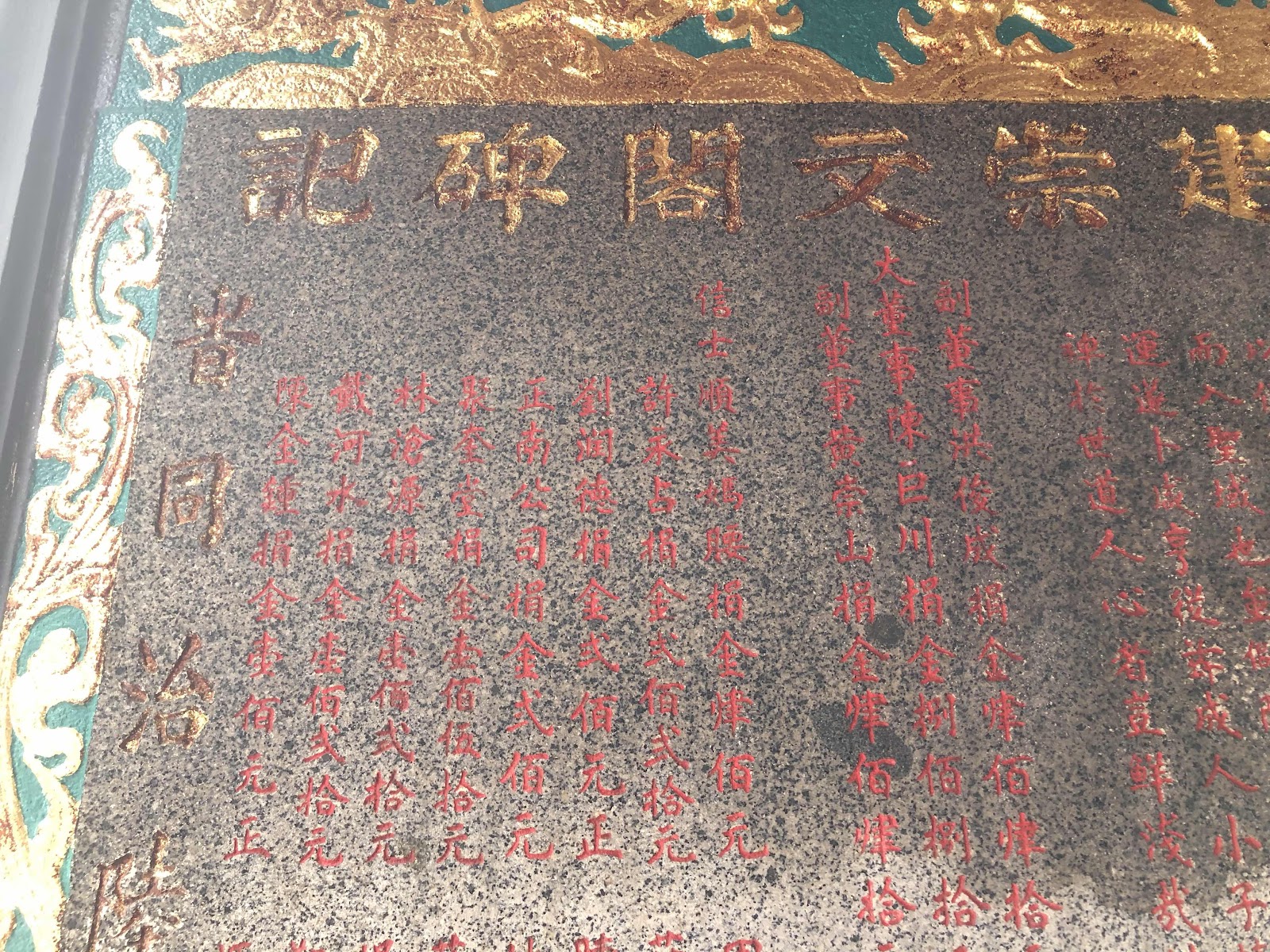