on October 06, 2021
Lee Hoon Leong 李雲龍
Portrait (taken from One Hundred Years' of the Chinese in Singapore by Song Ong Siang 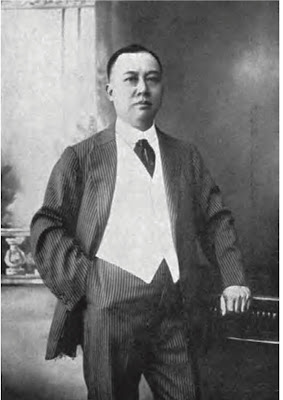 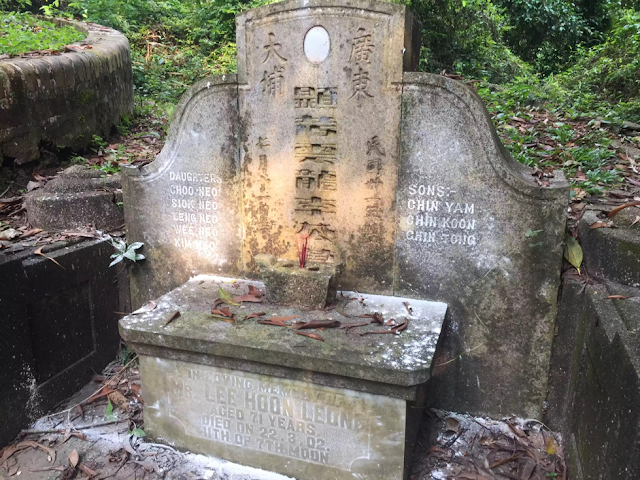 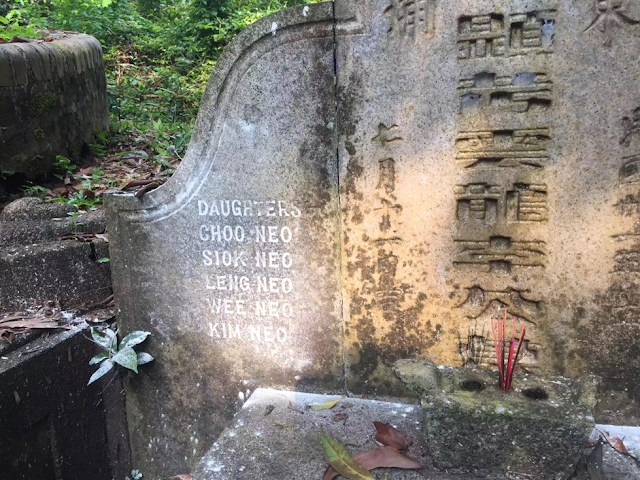 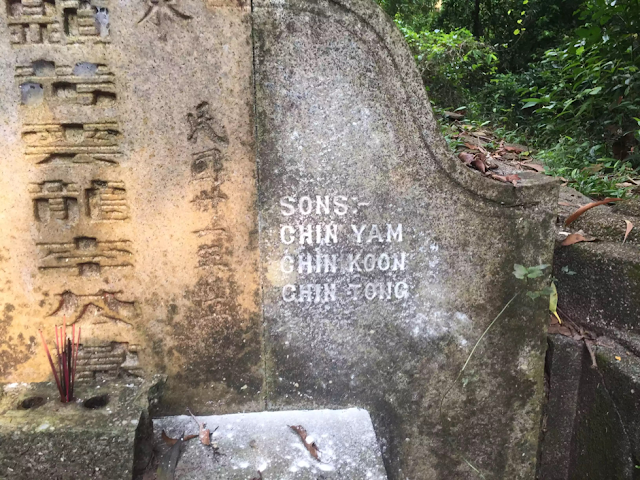 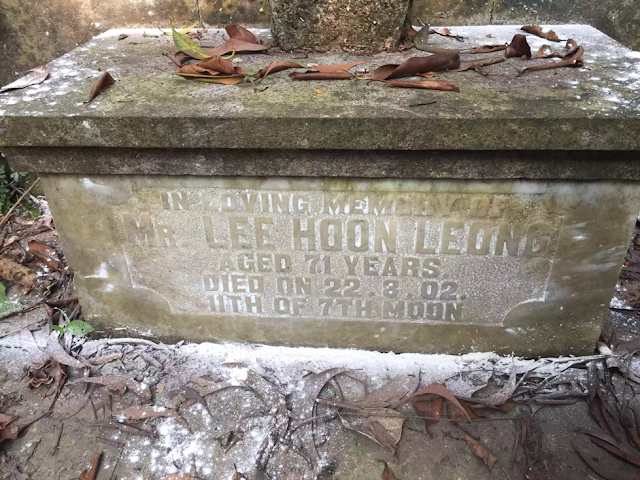 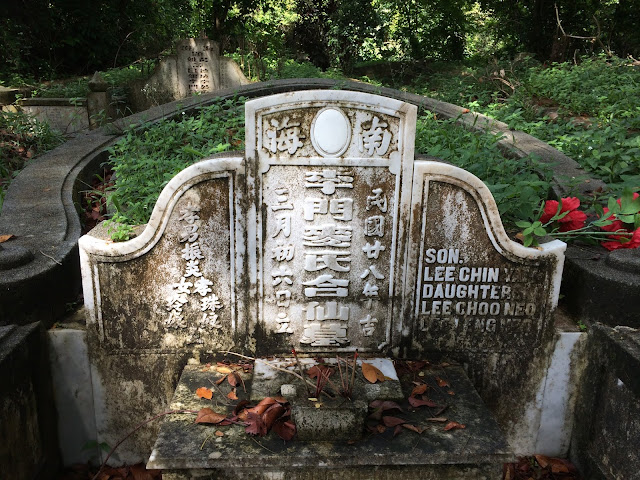 The Straits Times, 1 May 1939, Funeral of Mrs Lee Hoon Leong 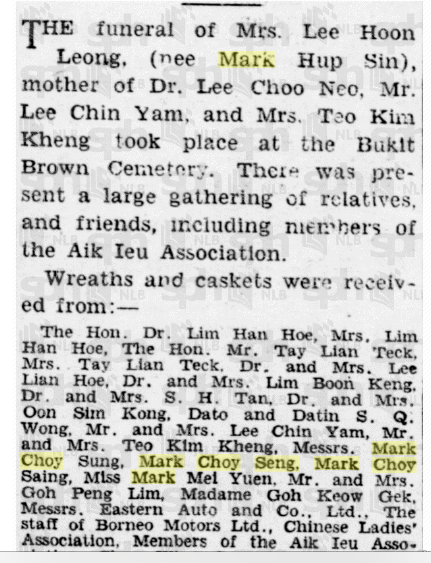 LEE CHIN KOON, Chin Tong and family wish to tender their sincere thanks to all friends, relatives, Buddhist Union etc who sent wreaths, etc and attended the funeral of their late mother.
Mrs Lee Hoon Leong, age 78 ie born circa 1882
NB:  This is the funeral of Ko Lin Neo, the 2nd wife of Lee Hoon Leong (born circa 1872)
Extracted from The Singapore Story: Memoirs of Lee Kuan Yew

My grandfather, Lee Hoon Leong - whom I addressed as Kung or "grandfather" in Chinese - was born in Singapore in 1871 , and according to my father was educated at Raffles Institution up to standard V, which would be today's lower secondary school. He himself told me he worked as a dispenser (an unqualified pharmacist) when he left school, but after a few years became a purser on board a steamer plying between Singapore and the Dutch East lndies. The ship was part of a fleet belonging to the Heap Eng Moh Shipping Line, which was owned by the Chinese millionaire sugar king of Java, Oei Tiong Ham. ln between his travels he married my grandmother, Ko Liem Nio, in Semarang, a city in central Java. There is a document in Dutch, dated 25 March 1899, issued by the Orphan's Court in Semarang, giving consent to Ko Liem Nio, age 16, to marry Lee Hoon Leong, age 26. An endorsement on this document states that the marriage was solemnised on 26 March 1899. My father was born in Semarang in 1903, in the Dutch East Indies. But he was a British subject by descent, because his father - Kung - was from Singapore. Kung brought his wife and baby son back to the island for good soon after the child's birth. His fortunes rose as he gained the confidence of Oei Tiong Ham, who appointed him his attorney to manage his affairs in Singapore. Kung told me how he was so trusted that in 1926, on his own authority, he donated $150,000, then a princely sum, from Oei's funds towards the foundation of Raffles College.
Pics and write up of Heap Eng Moh taken from Twenty Century impressions of British Malaya
Heap Eng Moh & Co.
The firm trading under this name is one of the oldest and most important of Chinese steamship
agencies in the colony. Established more than thirty years ago, it has played an important part in the development of the local coastal trade, and, of late years, in the trade with Java and Chinese
ports. The managing partner is Mr. Chew Joon Hiang. The fleet which the company represent consists of the Zweena and Evendale (owned by Mr. Chew Joon Hiang) and the Giang Ann, Giang Seng, Merapi, and Simongan (owned by the Samarang Steamship Navigation Company).
These vessels maintain a regular fortnightly service between Singapore and Batavia, Cheribon, and Samarang, and a monthly service between Singapore, Swatow, and Amoy. They have good accommodation for all classes of passengers. The Merapi, which is on the China run, is a very up-to-date boat, and can carry 48 first class, 24 second class, and 1,200 deck passengers.
The principal partner of the Samarang Steamship Navigation Company is Mayor Oei Teong Ham, a native and resident of Java, and a Dutch subject, who owns several sugar plantations in Java and is one of the best known merchants in the Dutch colony. He has, also, a saw-mill at Kallang Road, Singapore, and other interests in the Straits Settlements. At the Singapore office Mr. Lee Hoon Leong is the right-hand man in the shipping business. He is a native of Singapore and speaks English perfectly, having finished his education at Raffles School. 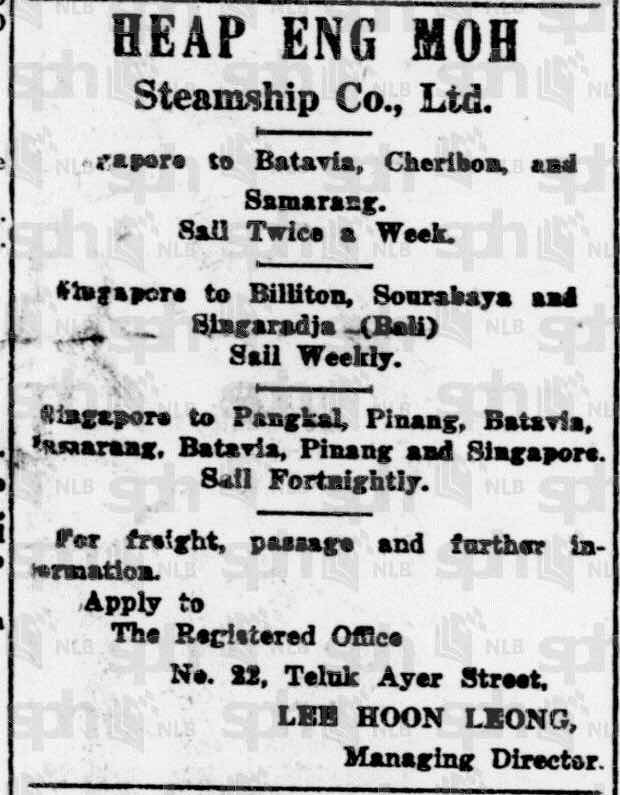 Sons :
Lee Chin Yam
According to the Straits Times, 31 July 1946, Page 4
Lee Chin Yam died in Penang on 30th July 1944
His wife was Chia Guat Beng and they have an adopted daughter Gracie Lee
adopted from Ong Ghee Chiang, the son of  Ong Tiang Soon.
Chia Guat Beng was the daughter of Chia Biow Chuan and Ong Quee Neo (daughter of Ong Ewe Hai)
Chia Guat Beng later remarried in 1964 and died in 1973

FRIENDS FOR 50 YEARS, NOW THEY GET MARRIED 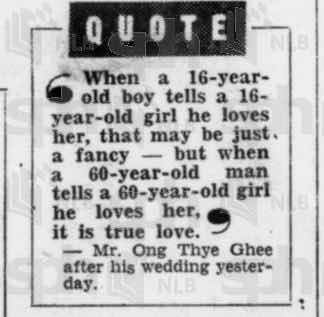 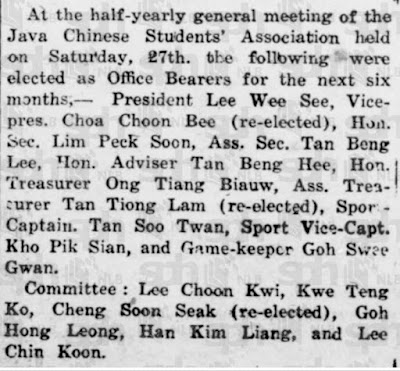