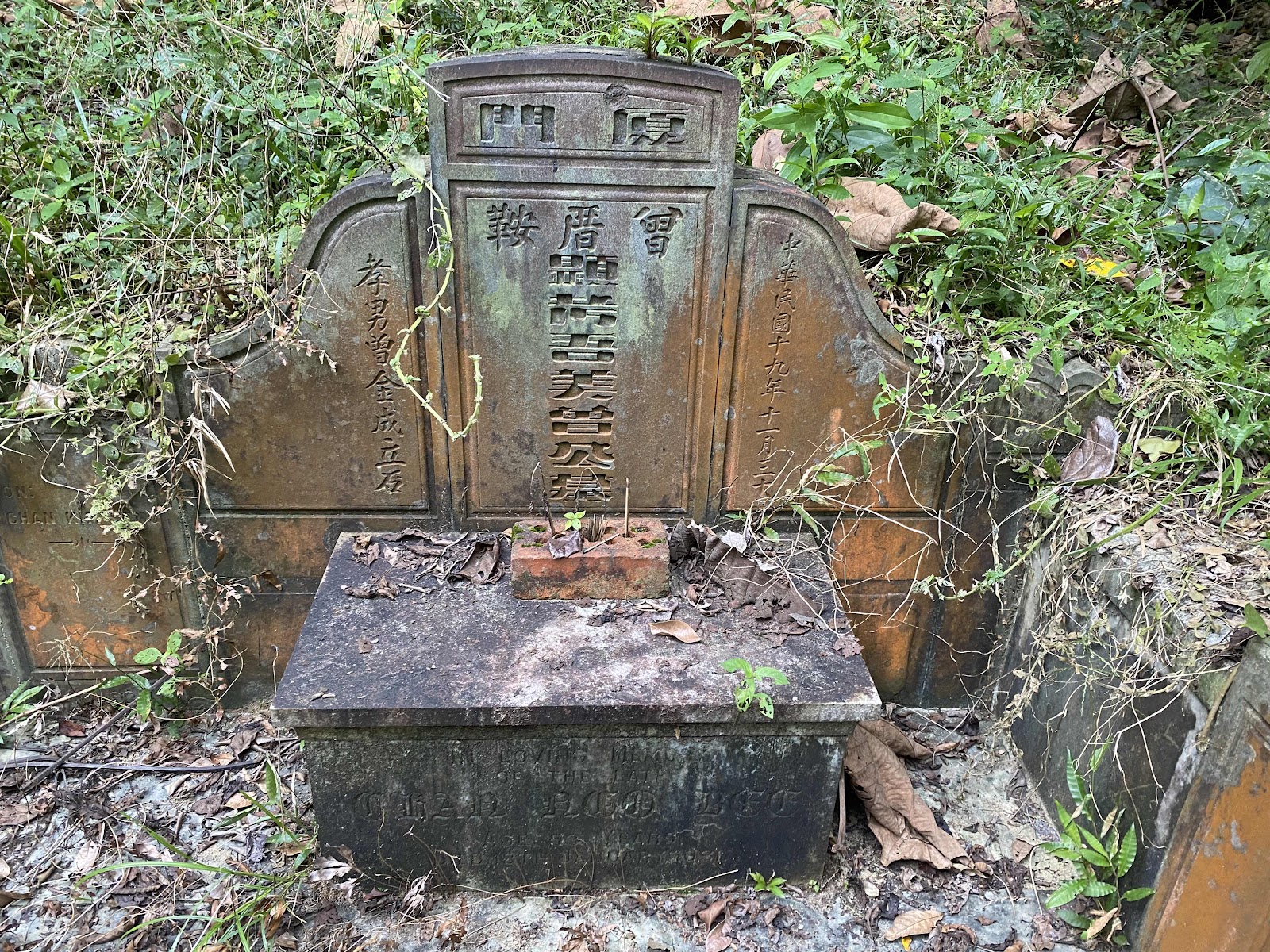 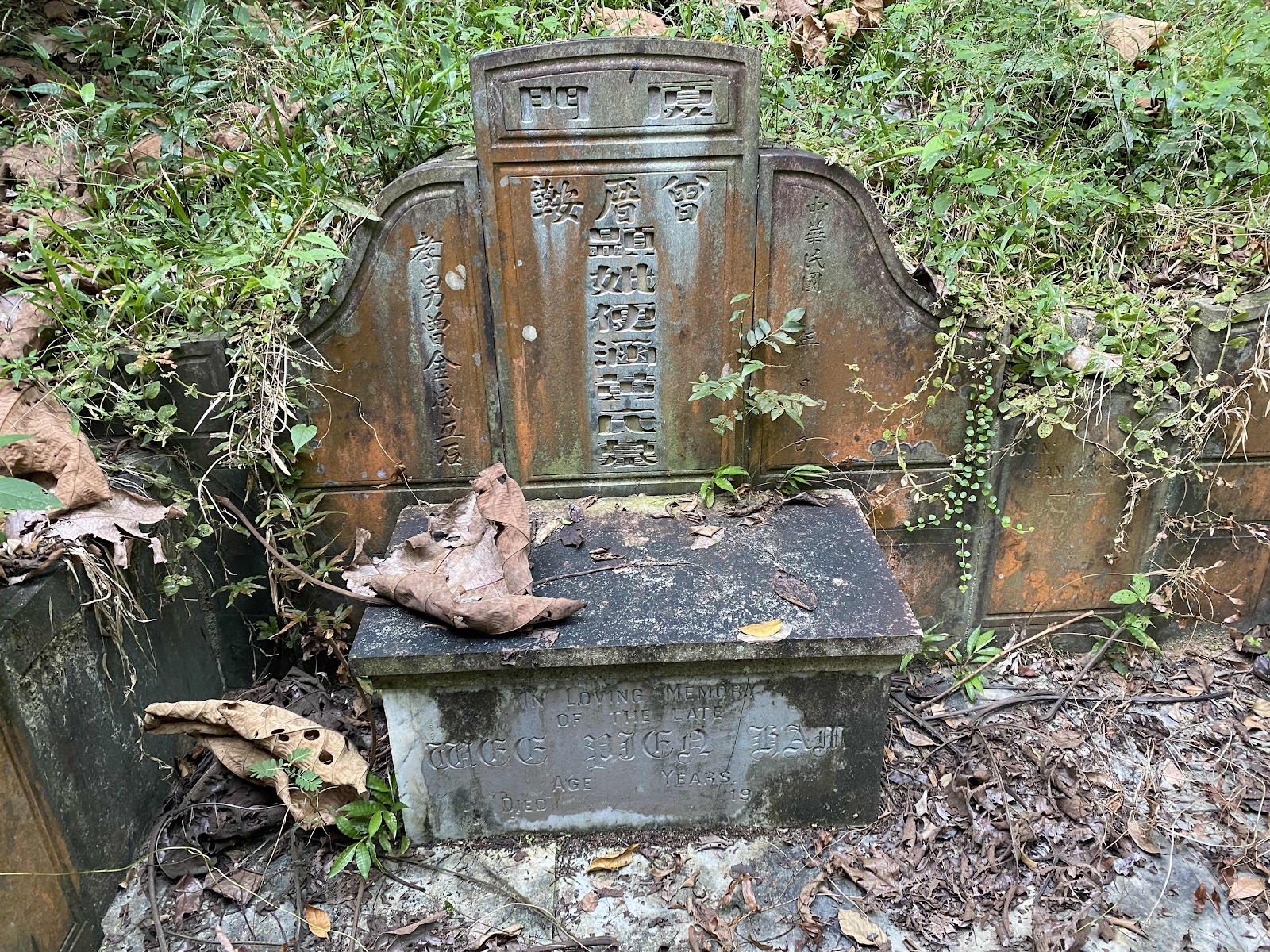 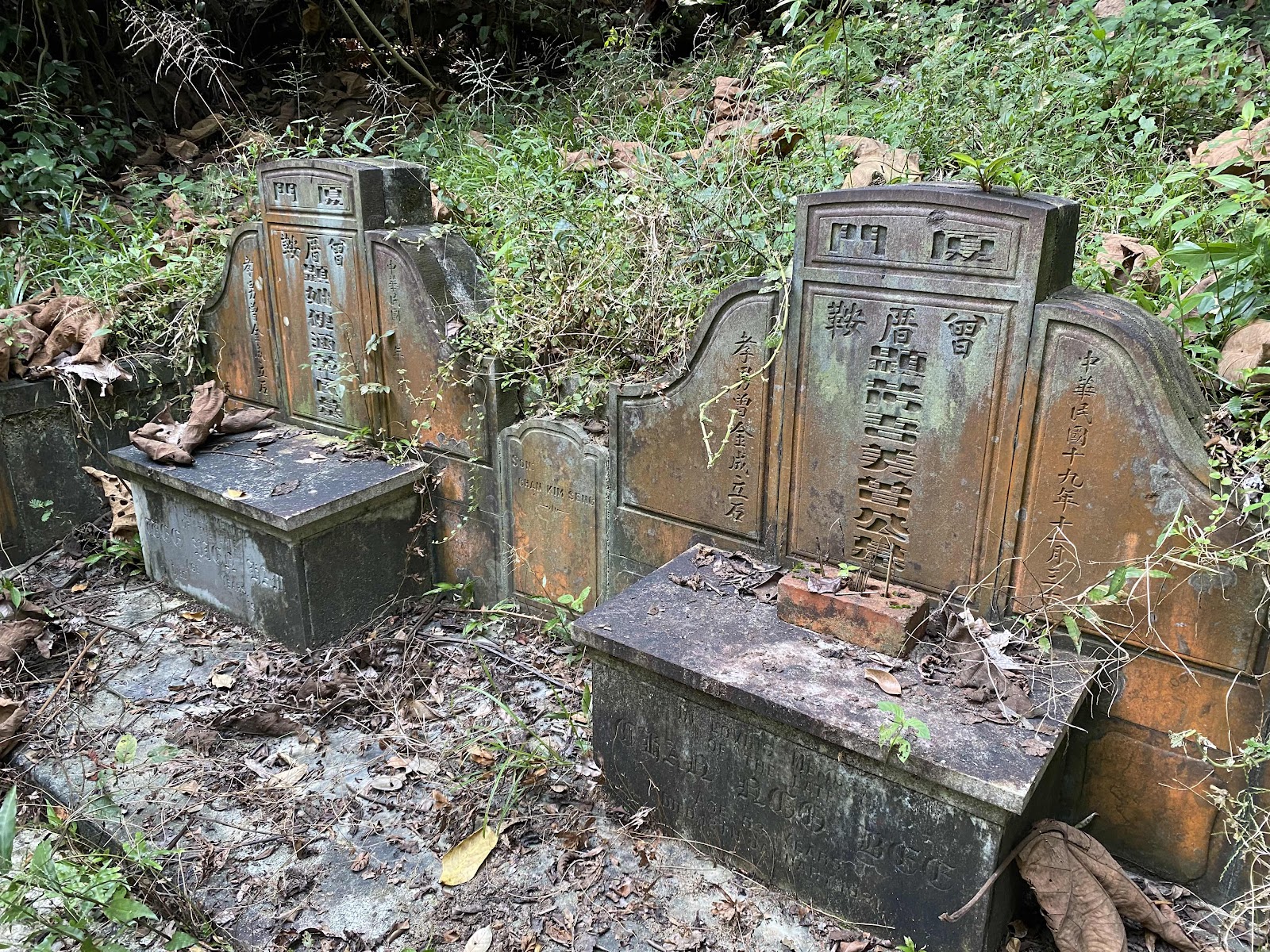 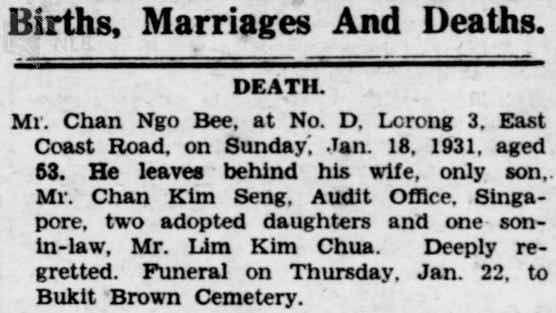 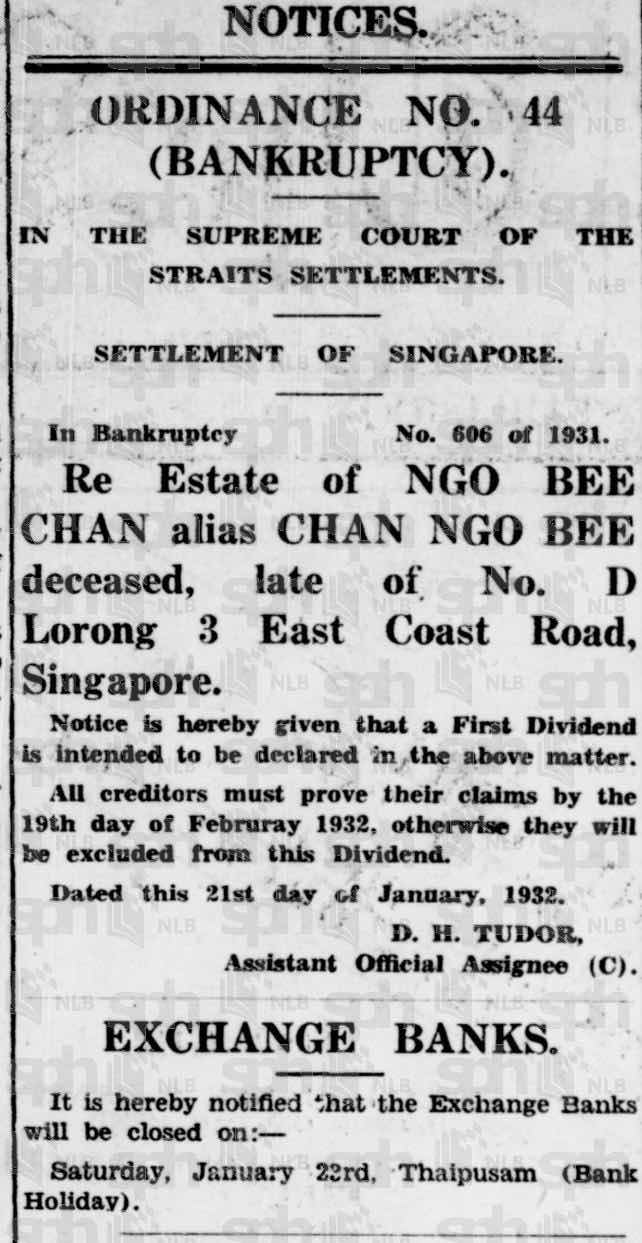 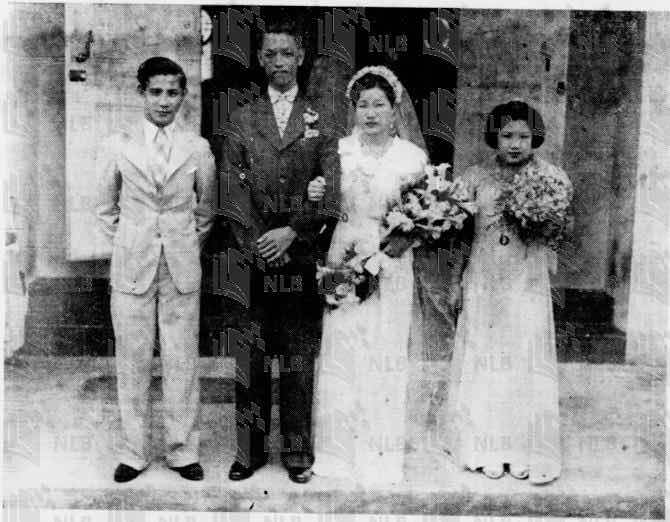 SONG ONG SIANG : ONE HUNDRED YEARS HISTORY OF THE CHINESE IN SINGAPORE

On the 31st May fire broke out in the Victoria Sawmill, Sumbawa raod, owned by Ngo Bee Chan, sole proprietor of Chop Seng Chiang & Co. The early appearance of the fire brigade on the scene saved the premises from entire destruction, for the large stock of planks and the huge piles of trimming, only suitable for firewood, would have made one of the hottest fires Singapore ever knew.

Mr N B Chan is one of the enterprising characters among the Straits Chinese community and still owns a sawmill and ice factory at Lavender Street. He is a Director of the Eastern United Assurance Corporation, Ltd.

His grandfather came from China, first settling down in Malacca and marrying there, and then coming on to Singapore, where he did import business under the chop Guan Chiong with China ports, the goods being brought down in a number of junks of which he was owner. Towards the end of his life he returned to China and died there.

Mr Chan's father, Chan Joo Geok, was born in Singapore, and as a young man he was in the Chinese military service during the time that the late Mr Chan Kim Boon was a tutor in the Foochow arsenal.

A younger brother of Mr NB Chan deserves a place in these records. Chan Ngo Choo enrolled in the Chinese Company, SVI, in its early days and by steady application and hard work rose to the rank of Sergeant, retiring after more than ten years' service.

At the outbreak of the mutiny of the 5th Madras Light Infantry on the 15th February 1915, he offered his services, which were utilised in the dangerous work of visiting houses suspected of harbouring fugitive mutineers.

He was fearless in the discharge of this duty, and, sometimes, in the company of Sgt Teow Keong Hee, but oftener all alone, in various disguises and armed with a revolver, he would venture out on this quest.  Both the Governor and the General recognized the value of such work by making references to it in their public utterances.