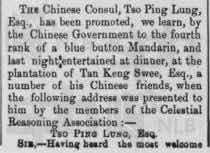 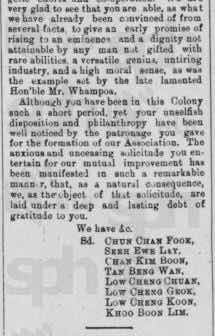 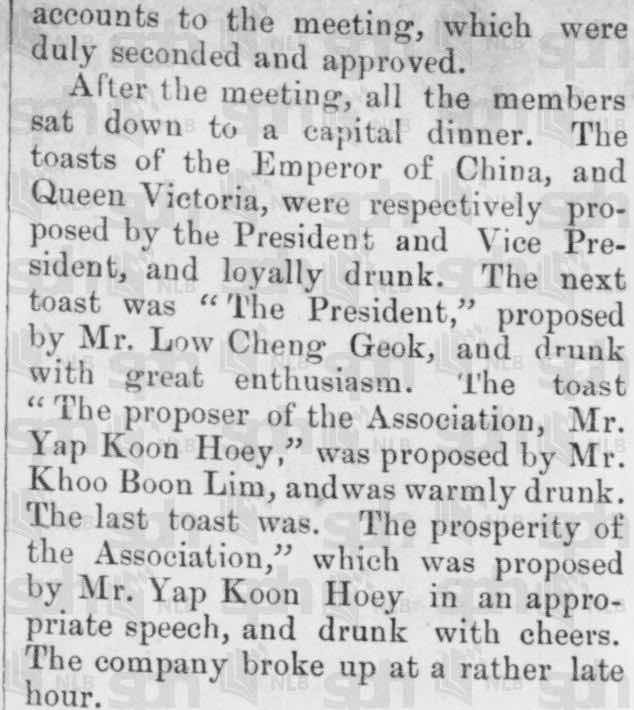 From Song Ong Siang's book pg 209:The opening meeting of a debating society for Chinese under the name of the Celestial Reasoning Association was held on the 27th May at the house of the Chinese Consul, who delivered an able address in proposing the toast of "Prosperity to the Association," inculcating the utility of that higher education which was to be gained by the working of such institutions. The objects of this society, the first of its kind among educated Chinese, were to improve the members in English and generally to encourage learning and morality.This was the earliest instance of a literary society formed among the Chinese, and for the next 3 years it led a vigorous existence.... The first anniversary of this Society was celebrated on the 26th May 1883, and the annual report read by the Hon Secretary, Low Cheng Geok, a son of Low Thuan Locke), mentioned that the members had begun to realize the benefits of debating questions of interest among themselves, that their minds had been much expanded and improved, and their intelligence enlightened.