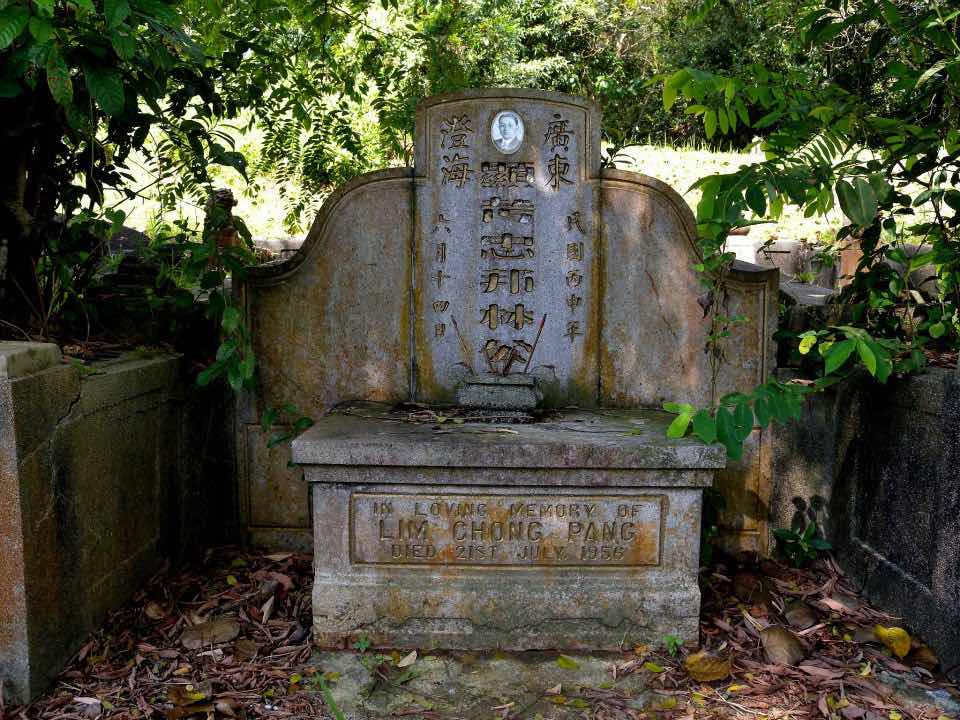 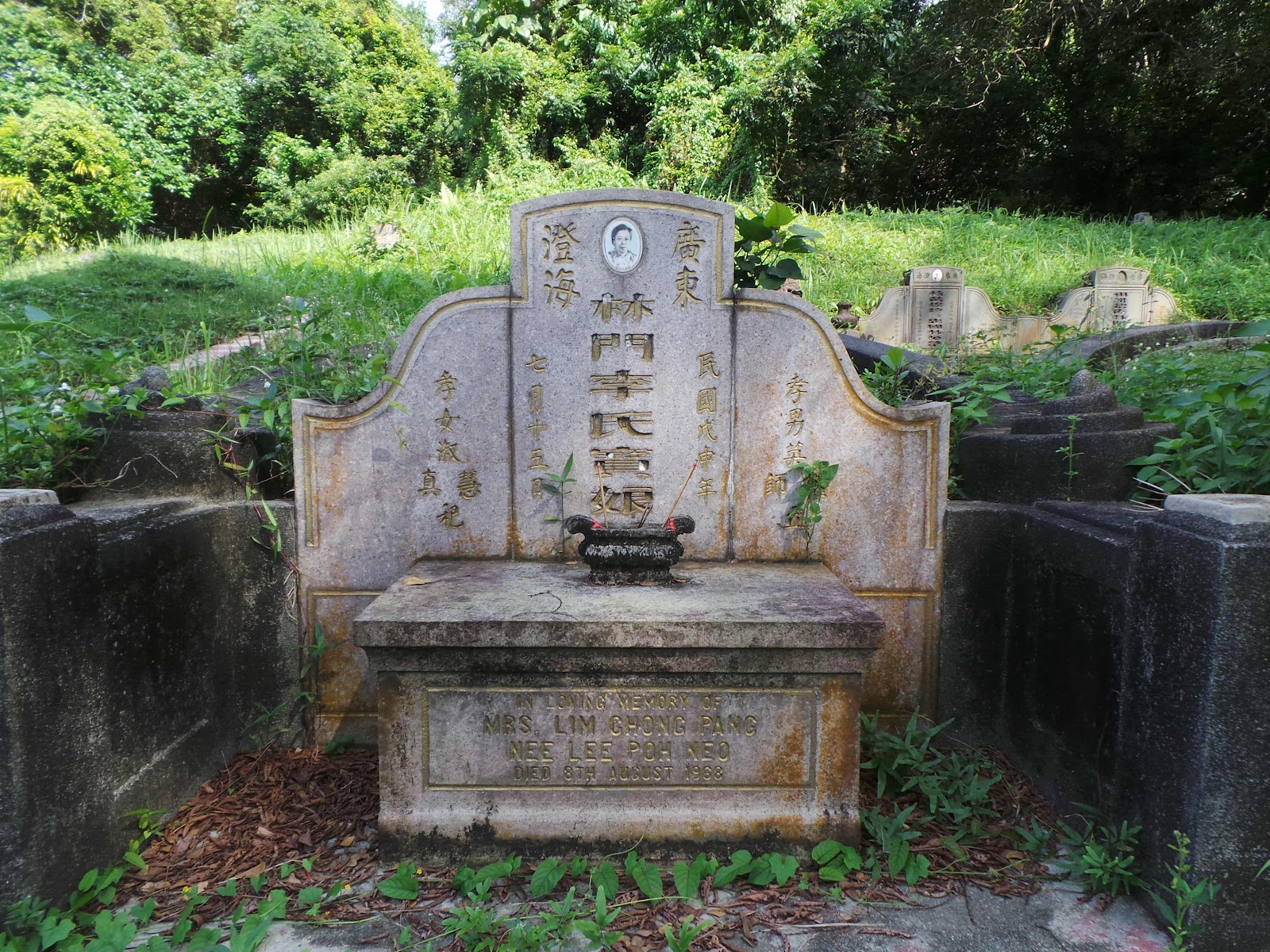 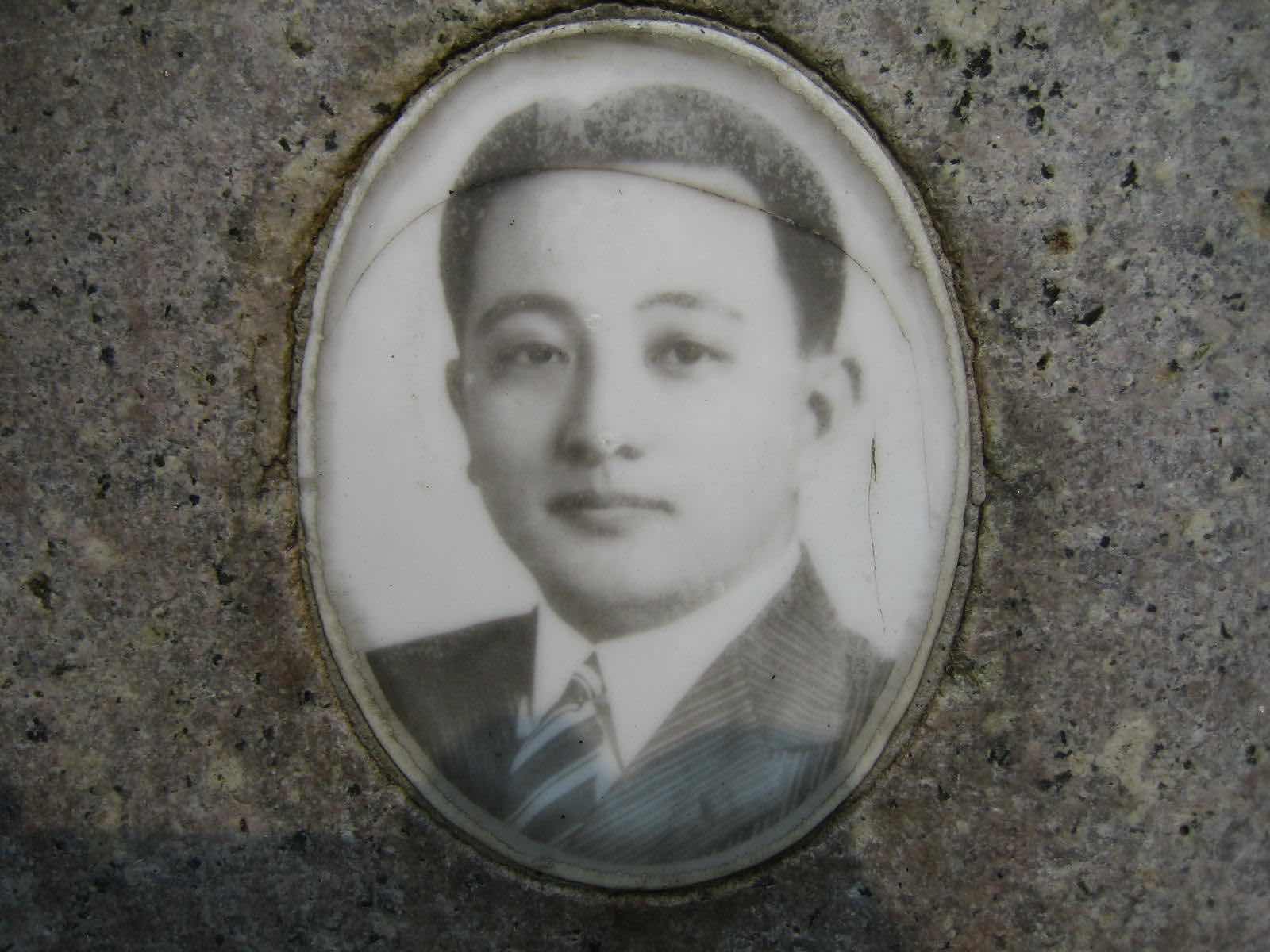 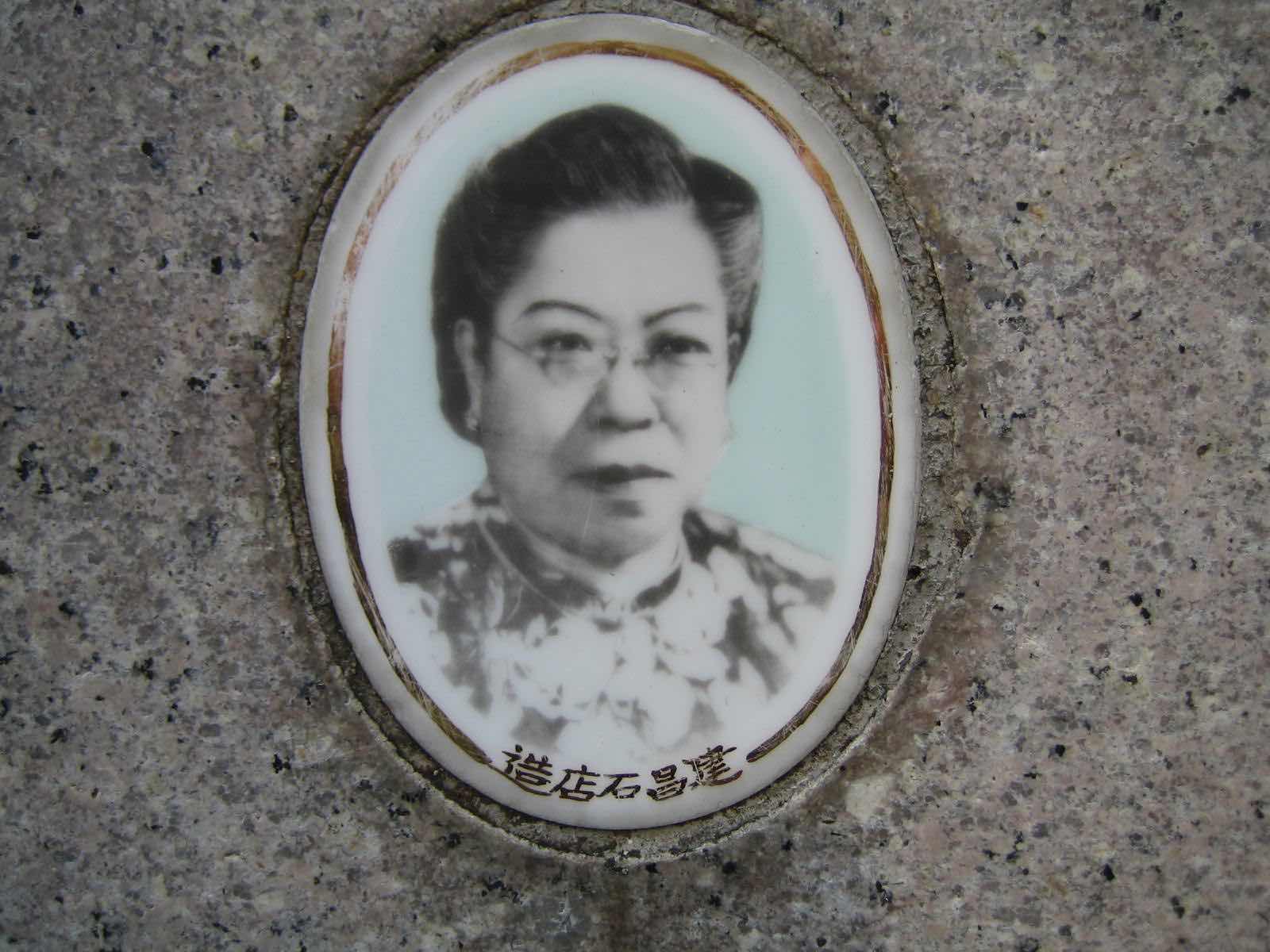 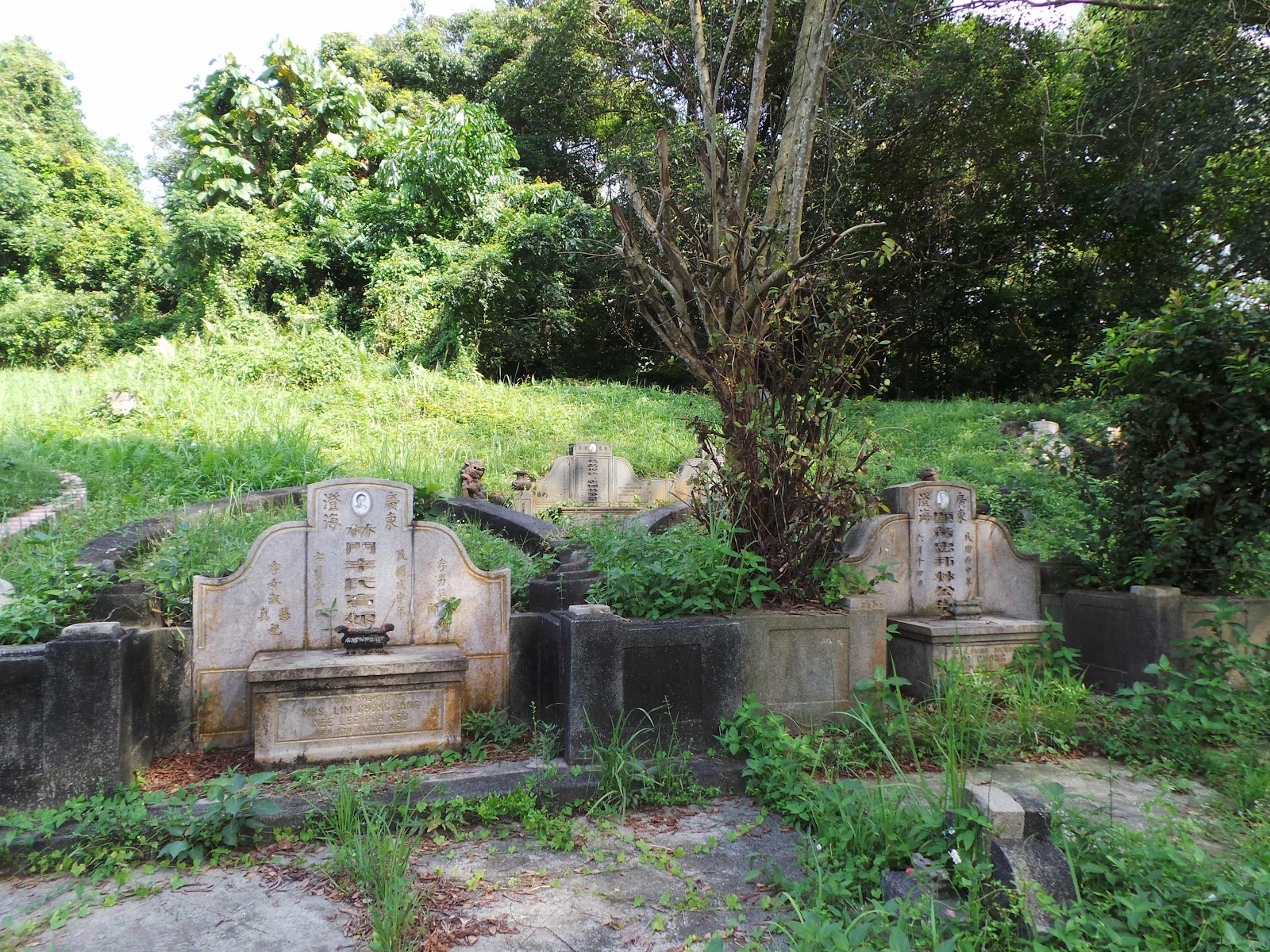 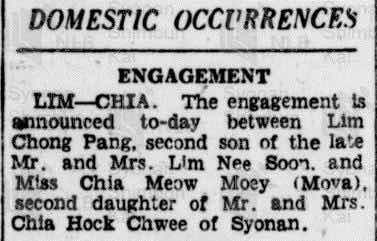 The lieutenant takes a bride 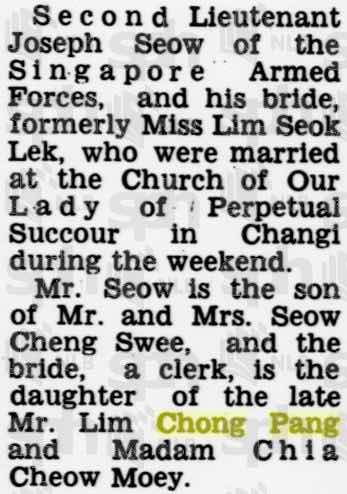 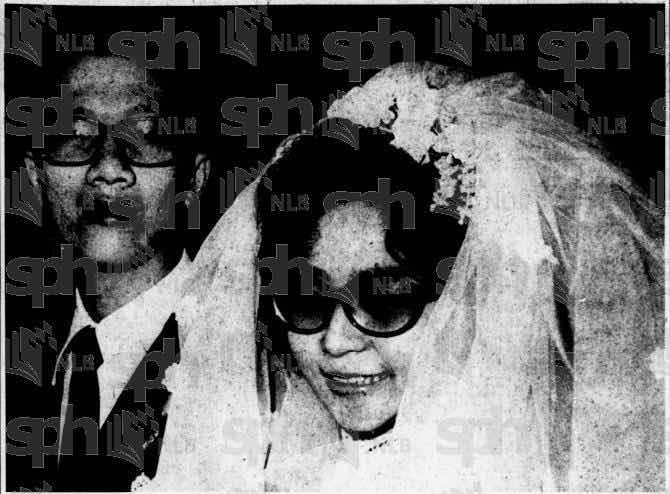 Lim Chong Pang is best known for his work on the Singapore Rural Board, from which he retired last year, after a term of 9 successive years. He was then 34 years old and was the youngest man to sit on the board, of which his father had also been a member.

In recognittion of his services, the board recently named a village opposite the Sembawang aerodrome at the 12th milestone, Seletar, after Chong Pang.

In 1924, he married Miss Lee Poh Neo, youngesst daughter of Mrs Lee Choon Guan and the late Lee Choon Guan and has two boys and two girls by the marriage. Mr Chong Pang owns the Garrick Theatre, Geylang and the Seletar Talkies, and is a director of the Overseas Assurance Corporation Ltd

He is a member of the Board of Visitors to St John's Island Quarantine Station, Singapore, is on the Board of Governors of St Andrew School. He also served as a trustee of the Gan Eng Seng Free School until the government took over recently. He has travelled extensively having gone around the world in 1927 and speaks fluently many Chinese dialects 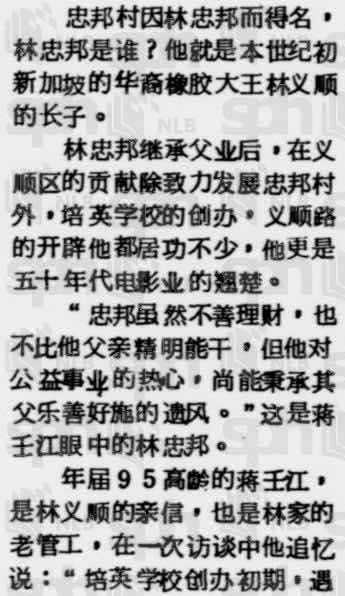 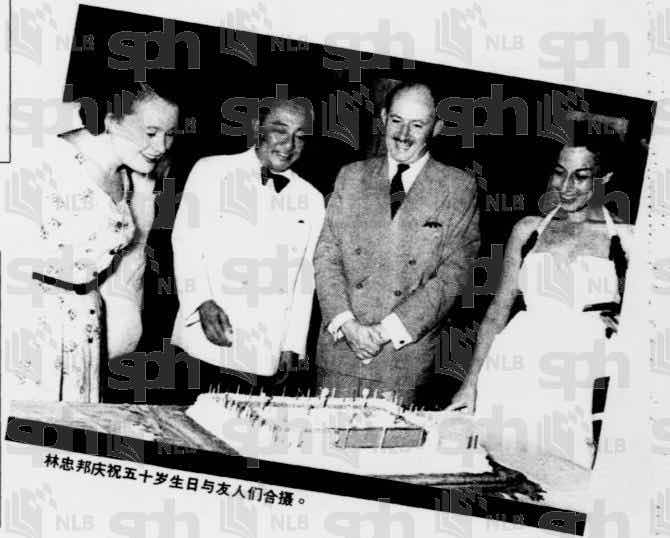