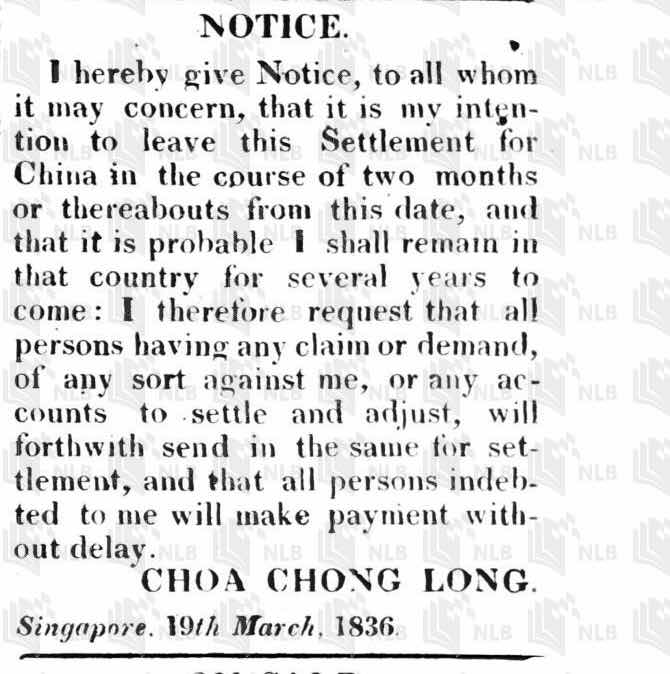 Remains of Choa Chong Long was dug up from 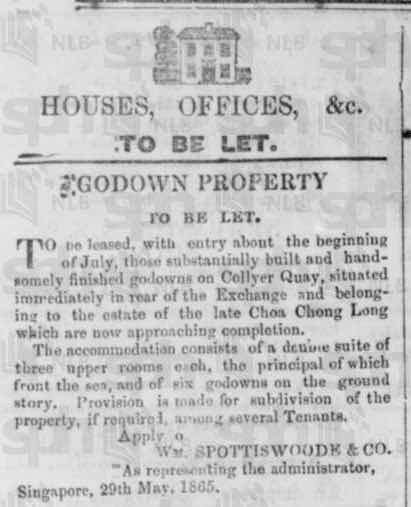 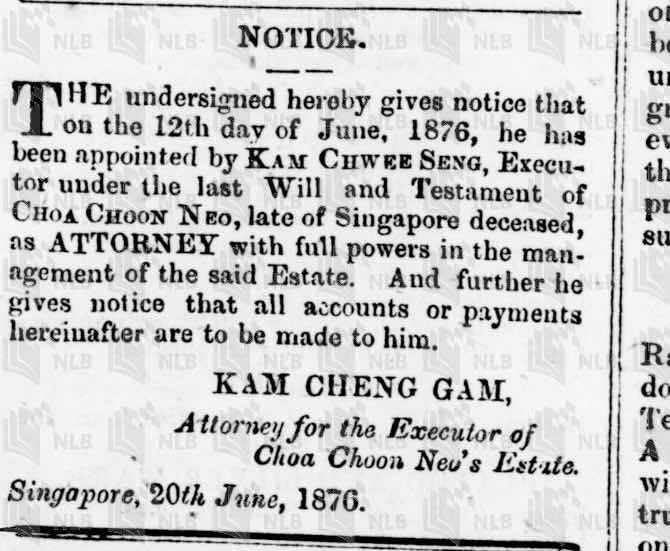 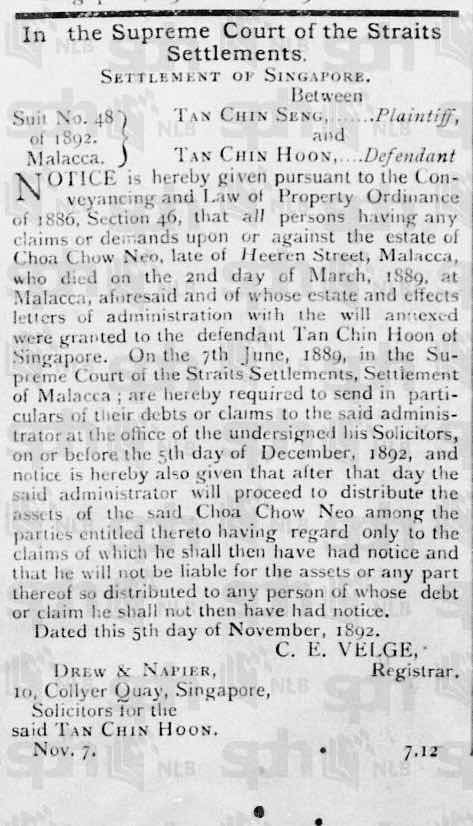 She was widow of Koh Kwee Long , when he died , she was remarried to Tan Koon Swee

residents by Choa Chong Long to celebrate his forty-fourth birthday.

He was born circa 1788 in Malacca, as his father was the Captain China there when the settlement was under Dutch rule. In the

judgment of Maxwell CJ, in the reported case of Choa Choon Neo

v Spottiswoode, the deceased was described as a person born and

domiciled in Singapore but of Chinese descent'. This description is evidently an error. He lived in Commercial Square, and sometimes gave entertainments in European style to the British merchants and was a very intelligent and wealthy man. After the dinner above referred to, a number of toasts were drunk, including the health of Mr Ibbetson, the Resident, and the memory of Sir Stamford Raffles, and Chong Long proposed the health of the Duke of Wellington. Wealthy and influential though he was (for at one time the natives called one of the hills near Tanjong Pagar, now demolished, Bukit Chong Long), he was apparently a man that you could not impose upon or take liberties with. To this day, the following pantun is still remembered

Mr Chong Long’s house is very high, under it is a cloth shop,

maybe there is a snake, can i catch it to play with?

Mr Chong Long’s home is very tall, under it is a tree,

I am not sacred of a little snake

as I am an even bigger snake than it is !!

He went to China in 1838, and was murdered in a house in Macao by

some burglars in the middle of December. He appointed Mr William

Spottiswoode executor of his will, which contained a devise for ever

of certain properties for sinchew purposes, and this was probably the

first Chinese will which the Courts here had to construe on that point,

when it was held that such a devise was void as being in perpetuity,

and not a charity.