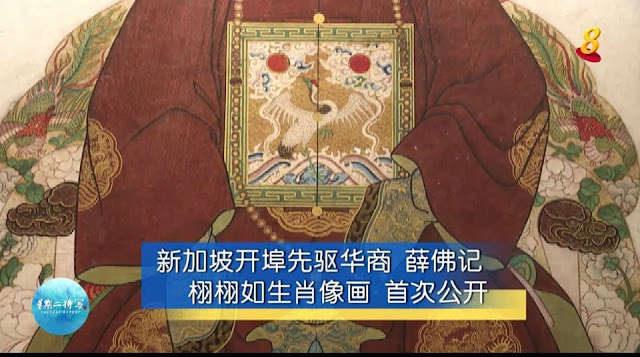 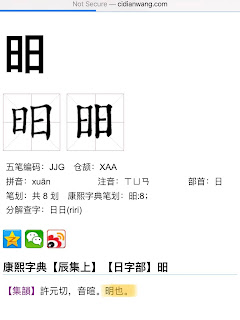 It seems there is a hidden message in this portrait of See Hood Kee (just shown on TV) done the year he died in 1847. In his court robe, the red crown crane symbolizes his first ranking Qing title, but there is one anomaly- all the court robes we seen so far had only one sun symbolizing the emperor, but See Hood Kee’s court robes has two suns!  Initially I thought this represent he has two allegiance one to China and one to Britain, (his tomb mention 皇淸 Qing and Kapitan but Kent Neo’s idea is two Suns 昍 has another meaning - 明 MING ! I agree with him after checking the Chinese dictionaries.  His eldest grandson Seet Yew Ghee buried in Lao Sua has the 天運 character as well.