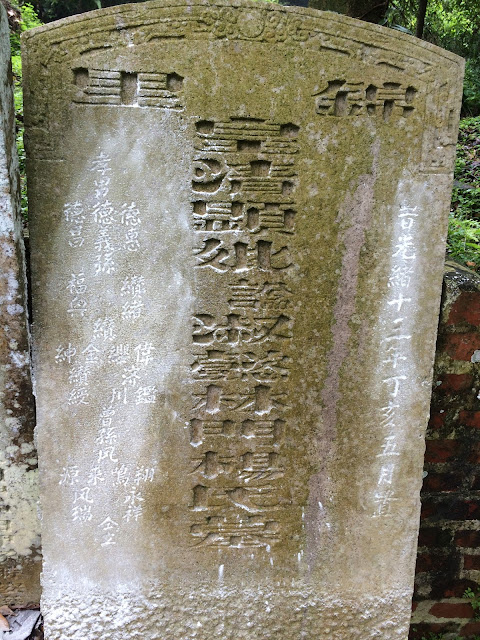 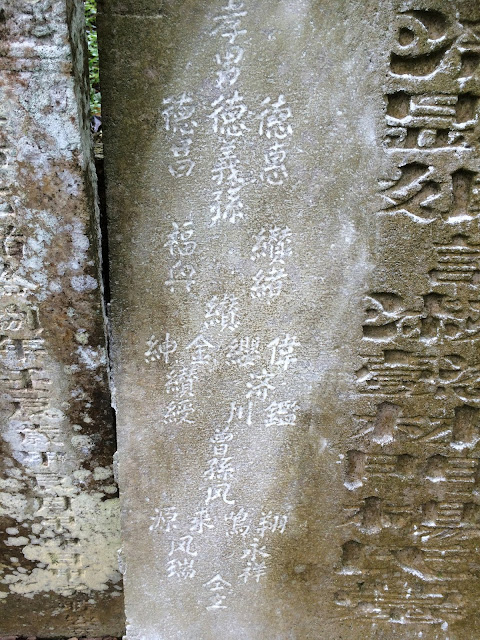 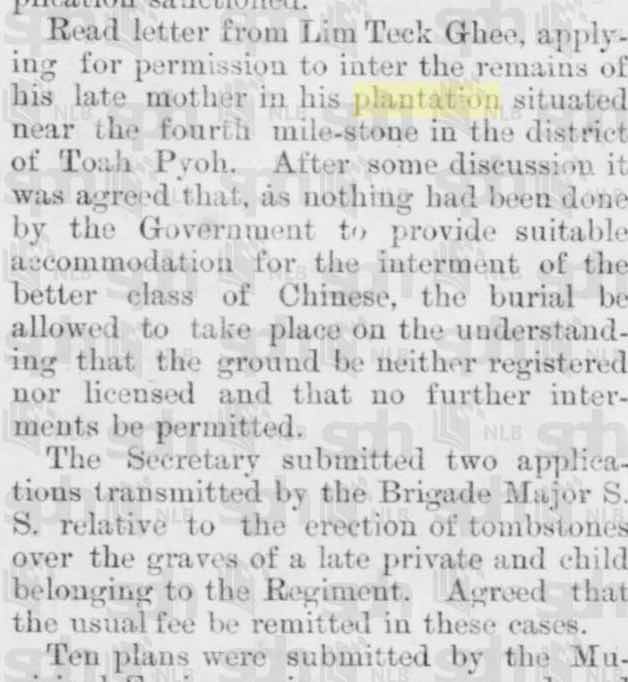 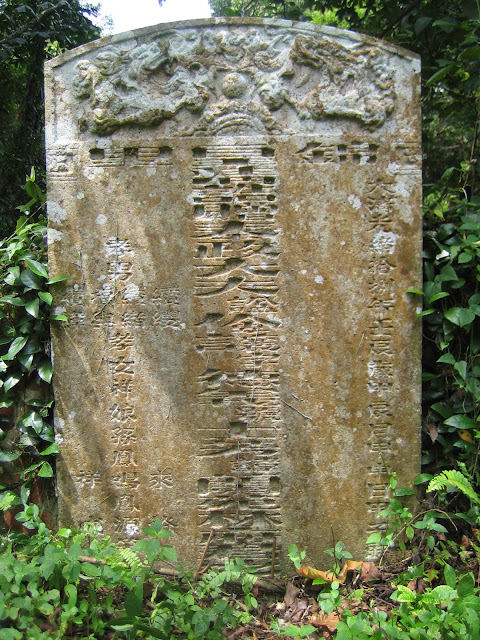 Lim Chan Shu
Lim Hock Hin
Lim Chan Eng
Lim Chan Wei
誥贈奉政皇淸大夫諡儉讓字德義號士芳諱蘭苑林府君之坟
Qing
Granted the title of Fengzhen Daifu (5th ranking title)
諡 Posthumous name :
Jian Rang
字 Name :
Teck Ghee
號 Other name : Shifang
諱 Name : Lan Yuan
Lim Residence
From Song Ong Siang One Hundred Years of the Chinese in Singapore
1875
A telegram from Hongkong dated the 1st September was received her announcing the death on the 22nd August of the well known and much respected Chinese merchant, Lim Leack, of the firm of "Leack, Chin Seng & Co, Chop Hiap Hin" in Market Street. Lim Leack  came from China in or about the year 1825, as well as  of cultivation of tapioca in Malacca and did a large business in China.  The firm had a branch office in Malacca.  As early in 1851, the firm had owned several schooners flying the British flag. Lim Leack was looked upon his countrymen and others as an upright and honest merchant and a most enterprising man.  He married a Straits born wife and among his descendants is Mr Lim Chan Sin (cashier to Sandilands, Buttery & Co)  relations with China caused him to make  frequent visits to his native country, and he died there at the age of 71 years.
Mr Tan Chin Seng, the other partner, came from Malacca, and in 1853 was already one of the influential men in the Chinese community. His name appeared as one of the committee of five merchants who prepared the address to their countrymen pointing out the absurdity of their "head scare".  Of his three sons, Hoon Guan, and Hoon Hin settled down in Malacca, where they were prominent citizens during their lifetime. His eldest son Tan Hoon Chiang, continued the business of "Leack, Chin Seng & Co" in Market Street, and on his retirement, from old age, his eldest son Tan Cheng Tee, became the prinicipal partner of the firm.  Tan Cheng Tee predeceased his father on the 4th February 1914, holding at the death the post of President of the Chinese  Produce Exchange, which he had been largely instrumental in forming in 1911.  Mr Tan Cheng Tee was widely known to the European firms dealing with tin and tapoica.
-------------------------
PIONEER IN TIN MINING AND MALAYAN
POLITICS
The Lim company’s tin mining interests in Klang Valley expanded rapidly from 1860s.
In 1867, the Selangor Civil War, which began as a war of succession of Klang, was started by the deposed heir-apparent, Tengku Madhi. The civil war soon escalated with Chinese
secret societies, Ghee Hin and Hai Sun, taking sides and
vying for control of tin-rich districts in Selangor.
Lim Teck Ghee was close to the Selangor Royal Family and he played a major role in the civil war. The Selangor Royal Family relied on him for financial support during
the seven-year war. The war ended in 1874 with British intervention. This led to the formation of the Federated Malay States. By the end of the war Lim Teck Ghee was
the largest individual holder of the Selangor State Debt Bonds.
Frank Swettenham, Advisor to the Sultan, appointed Lim as Financial Administrator of Selangor in 1874. Lim participated in the 1881 Melbourne International Exhibition in several categories, notably rice and tin.
Both Lim Teck Ghee and Tan Im Neo were exhumed from their original burial ground and re-interred in Bukit Brown on 18 Apr 1935
Lim and his mother had originally been buried on
his plantation in Toa Payoh district. According to the
municipal minutes of 10 November 1886, the colonial
government agreed to the interment of Yeo Im Neo on
Lim’s plantation as there were no other suitable grounds
for the “higher status” Chinese. Although no other
interment was allowed according to the minutes, Lim was
also buried on his land.
In the 1930s, Lim’s and his mother’s graves were exhumed
and their tombstones were re-interred at Bukit Brown. 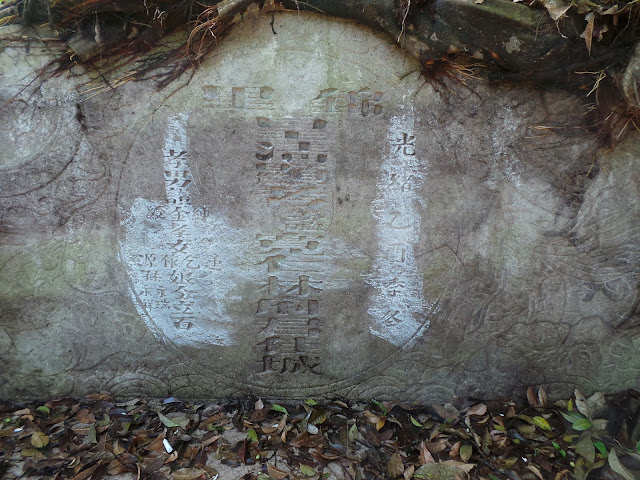 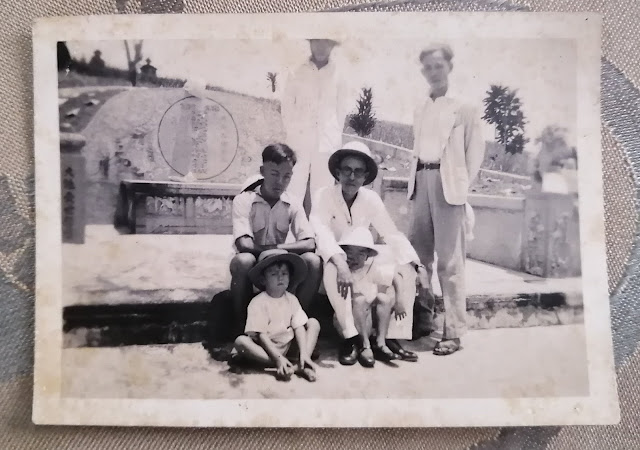 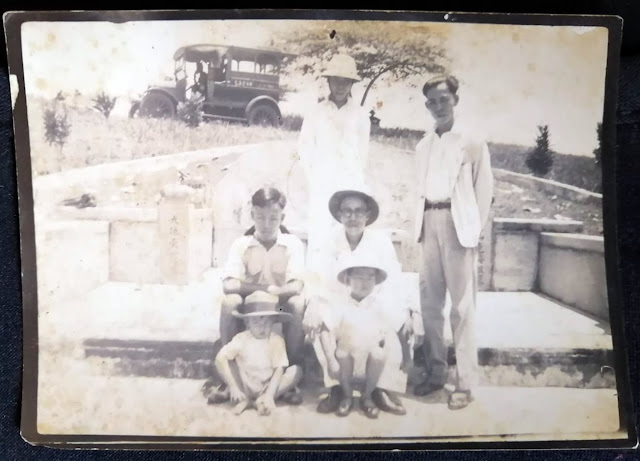 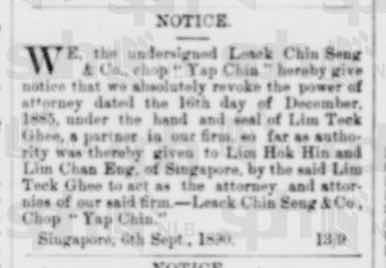 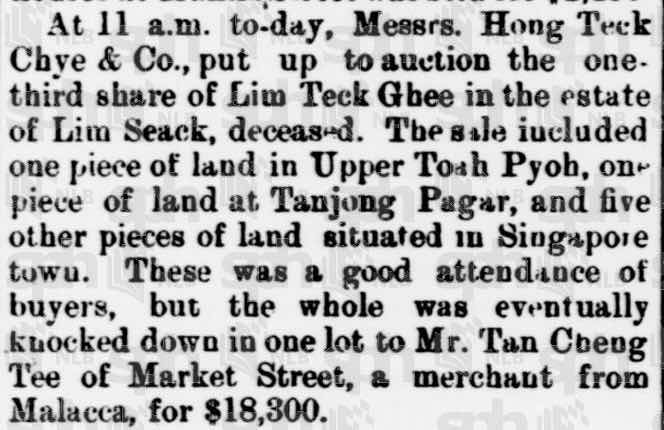 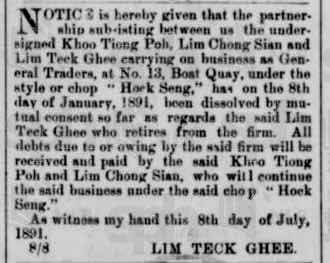 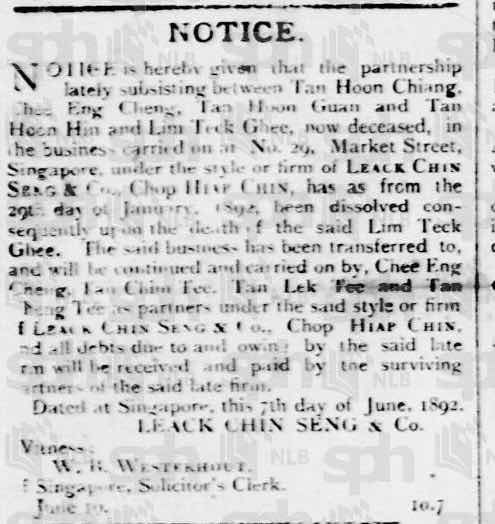