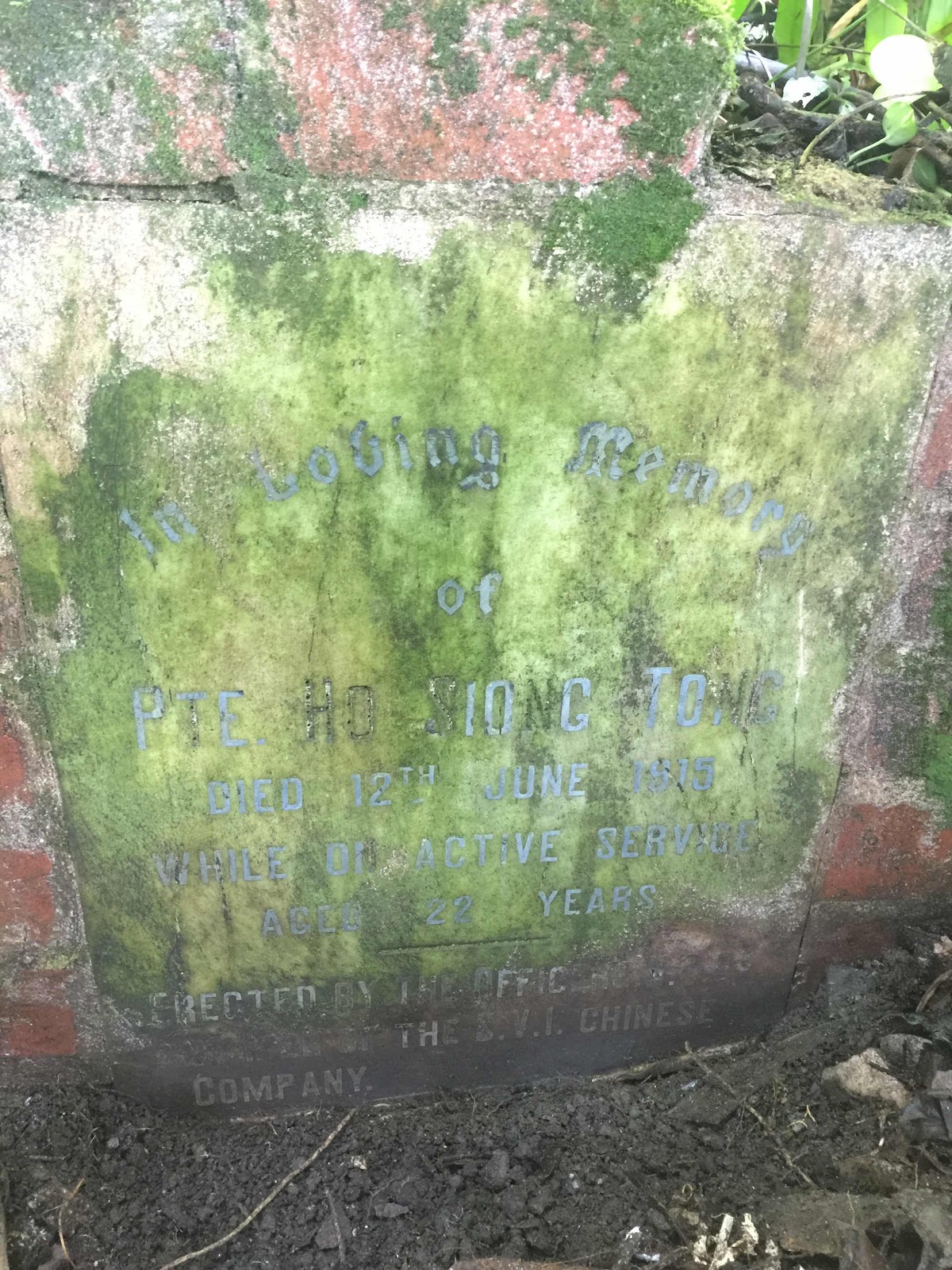 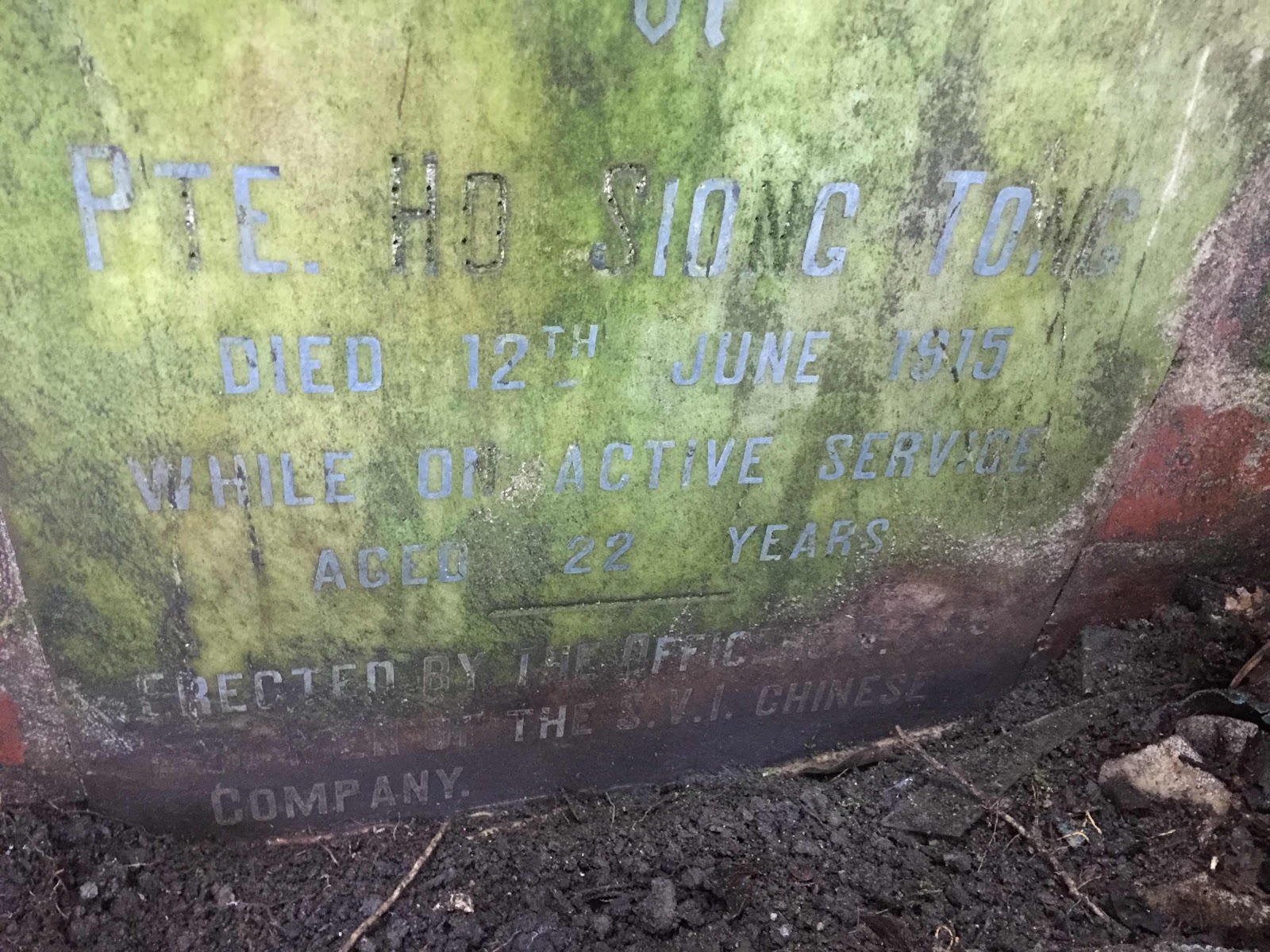 Military honours were accorded to Pte Ho Siong Tong (a son of the late Mr Ho Yang Moh) at his funeral on the 14th June. He was one of the Guards at Kallang Reservoir and was missed on the 11th June. His boots and cap were discovered on the edge of the Reservoir, and two days later the body was found floating. He was buried at Wayang Satu Chinese cemetery at the expense of his sister, Mrs Tan Moeng Tho, and his fellow Volunteers raised a tombstone over his grave.
Further reading
https://mymindisrojak.blogspot.com/2017/01/ho-siong-tong-grave-once-lost-is-now.html?m=1
Name - Ho 何 Singapore Story Song Ong Siang Book