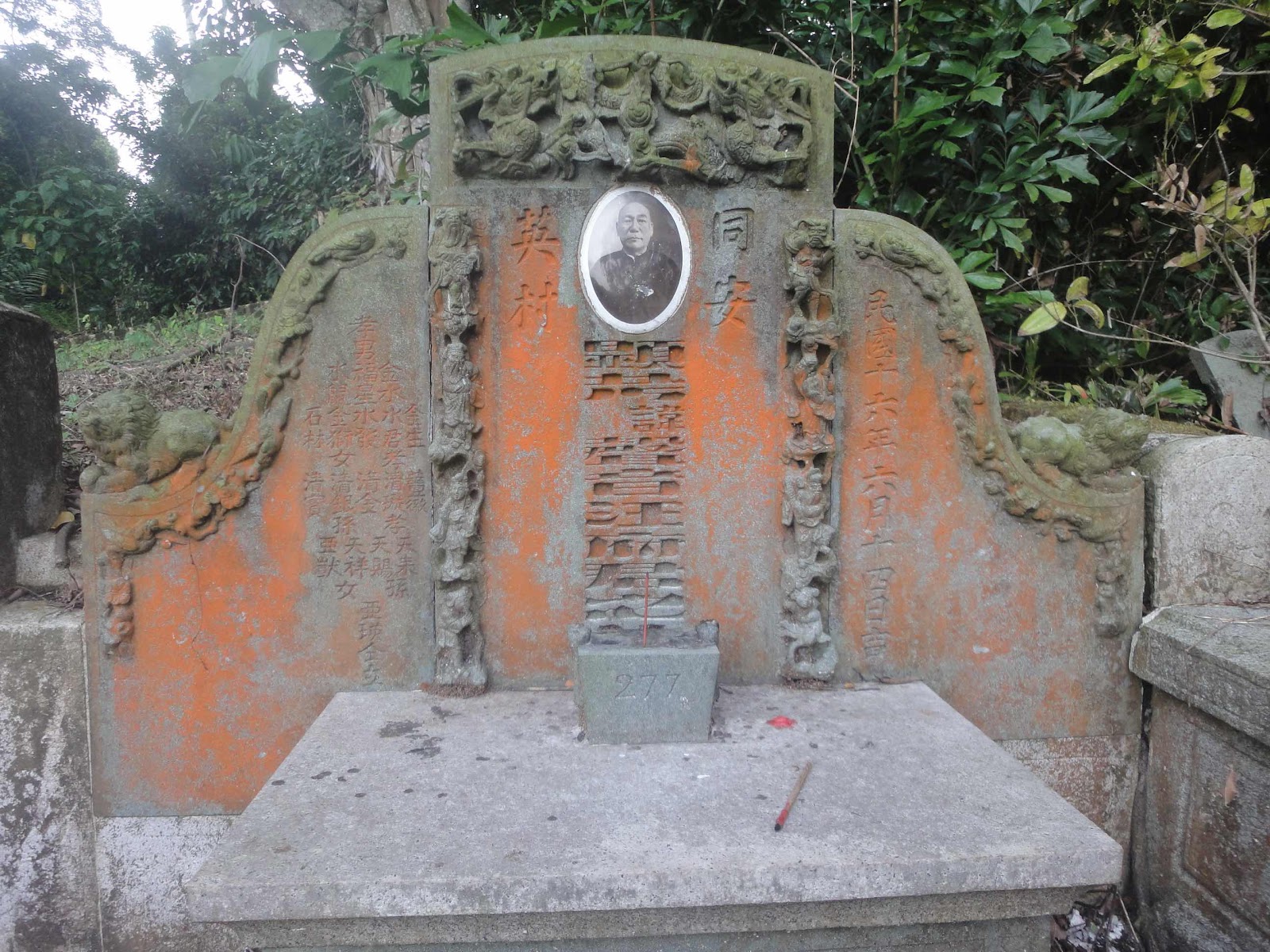 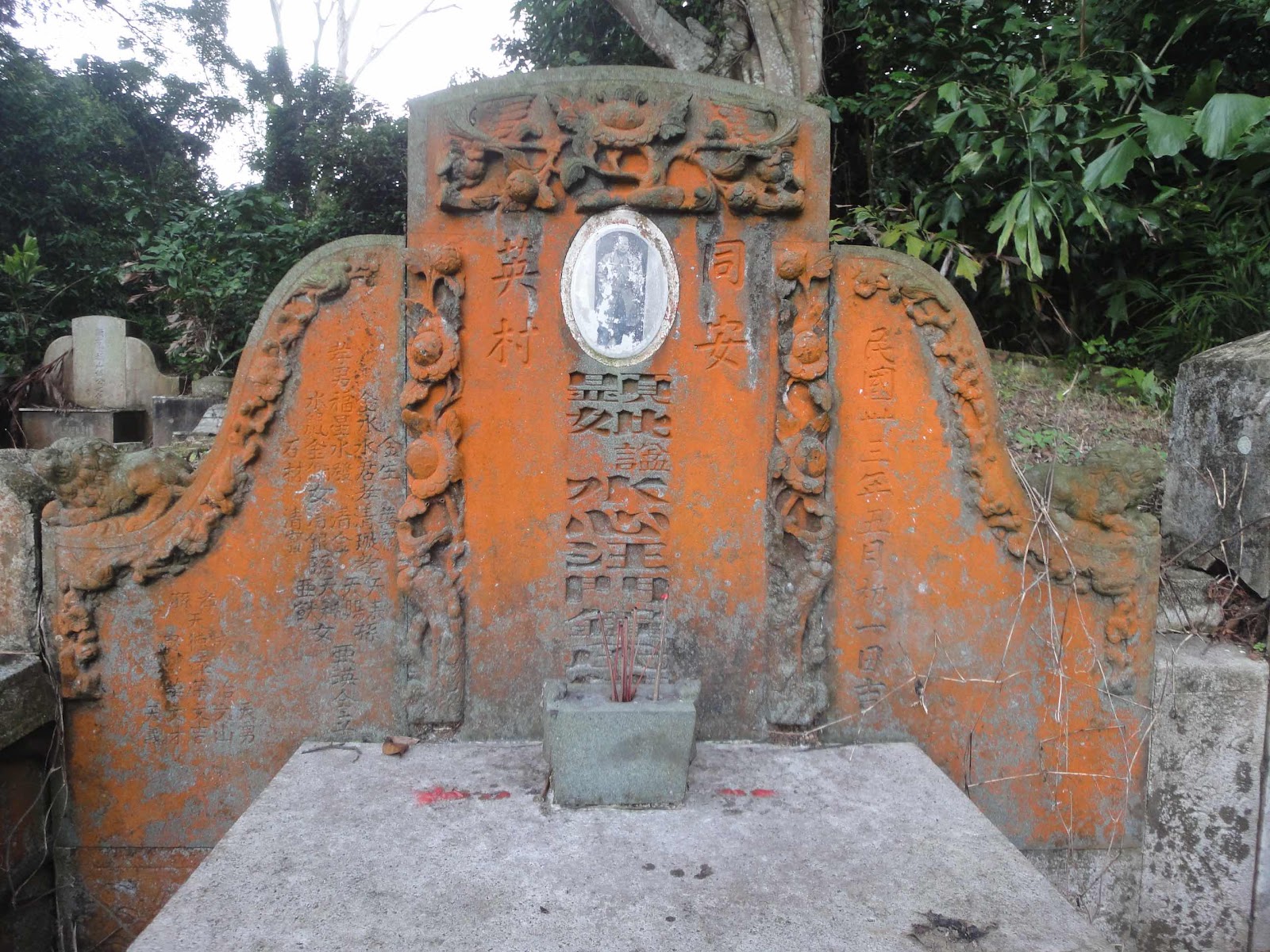 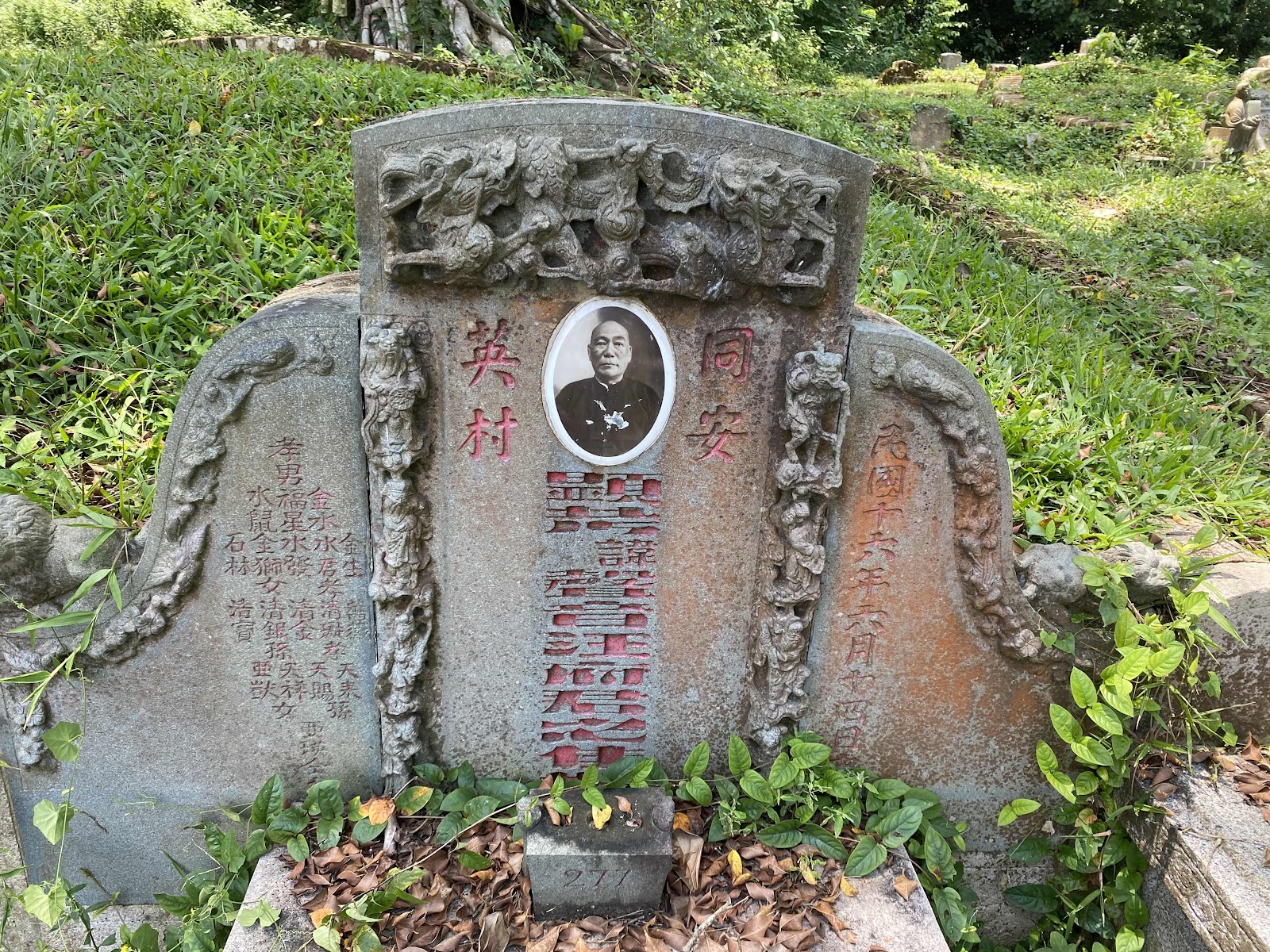 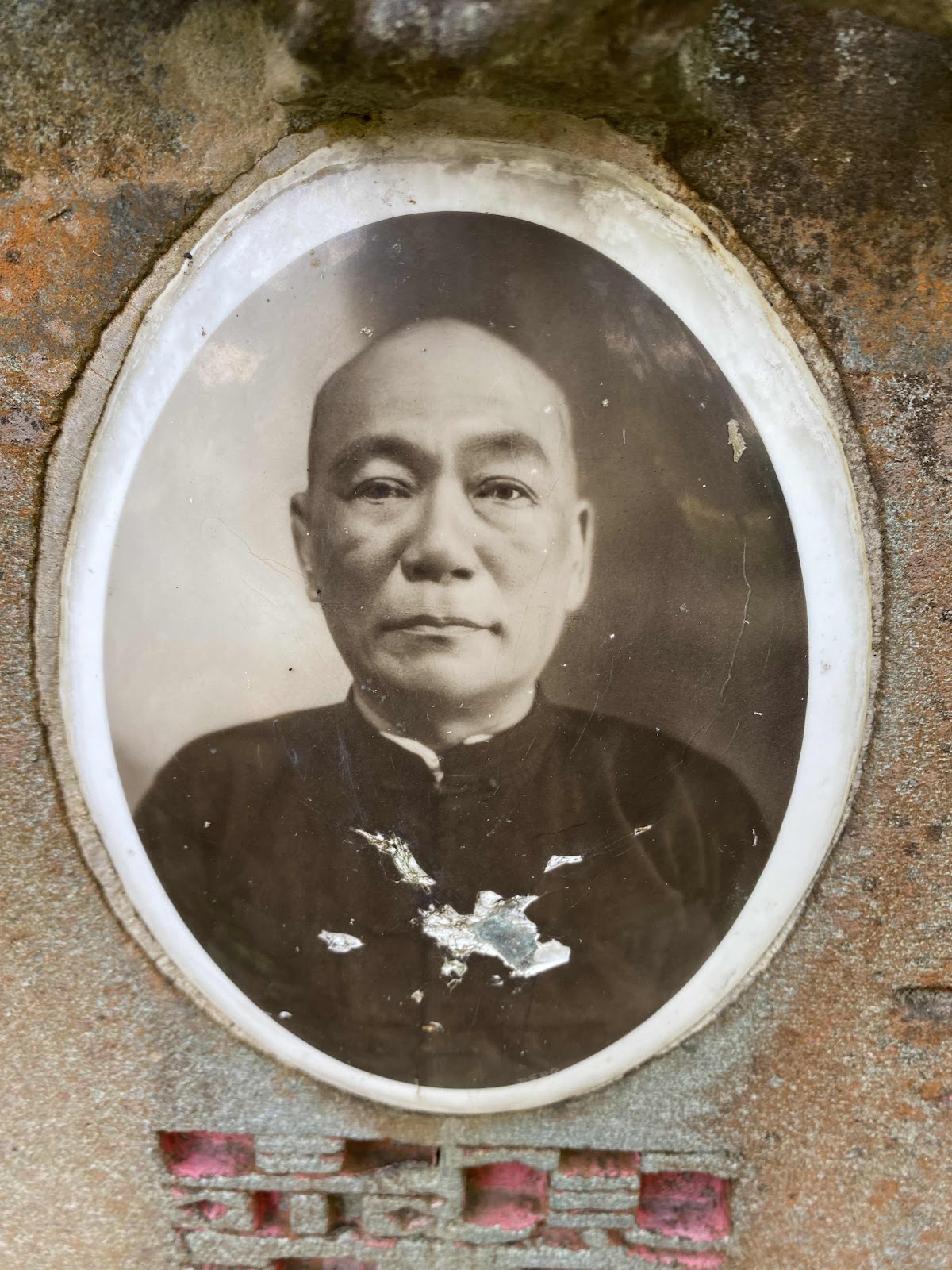 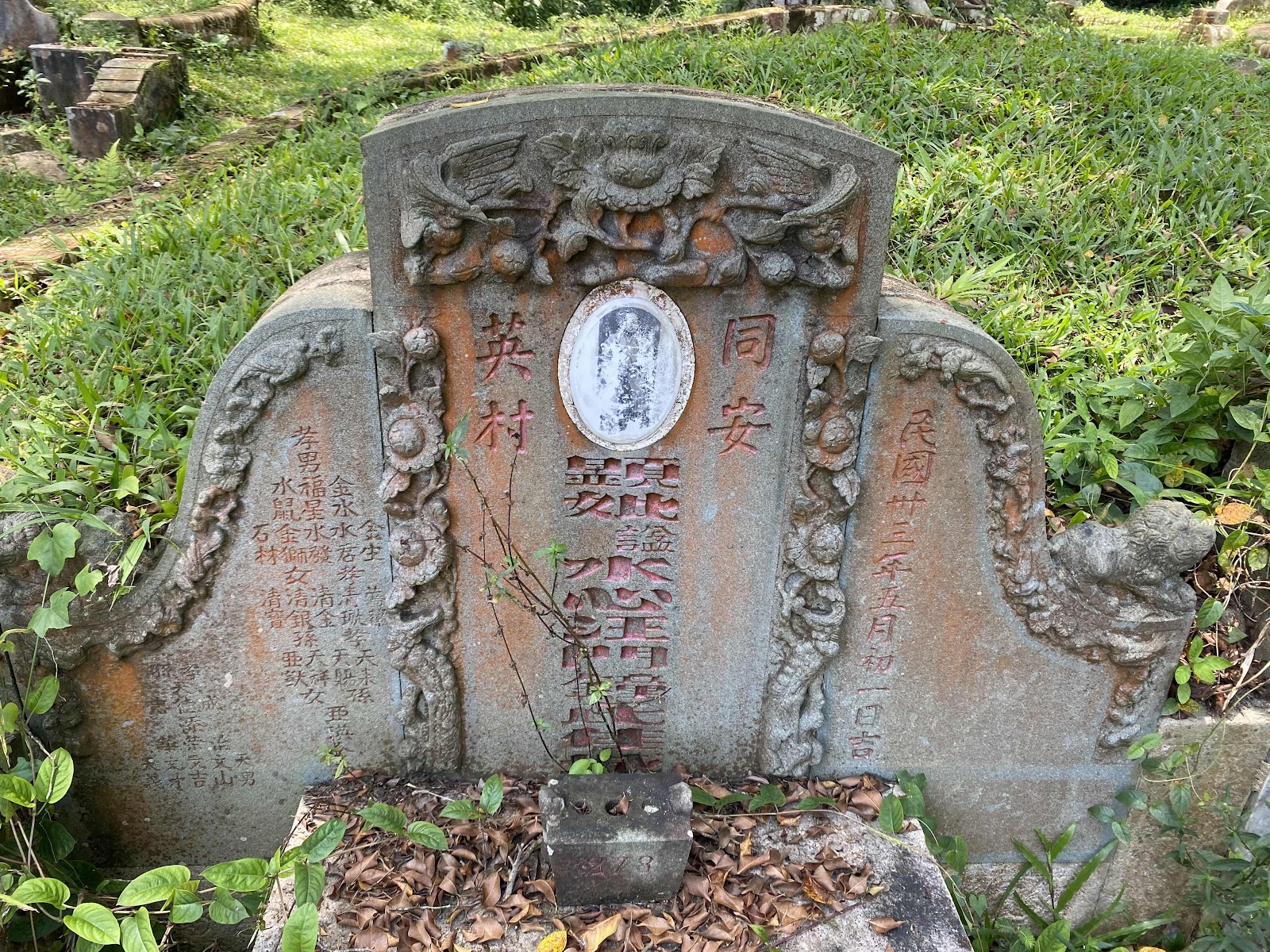 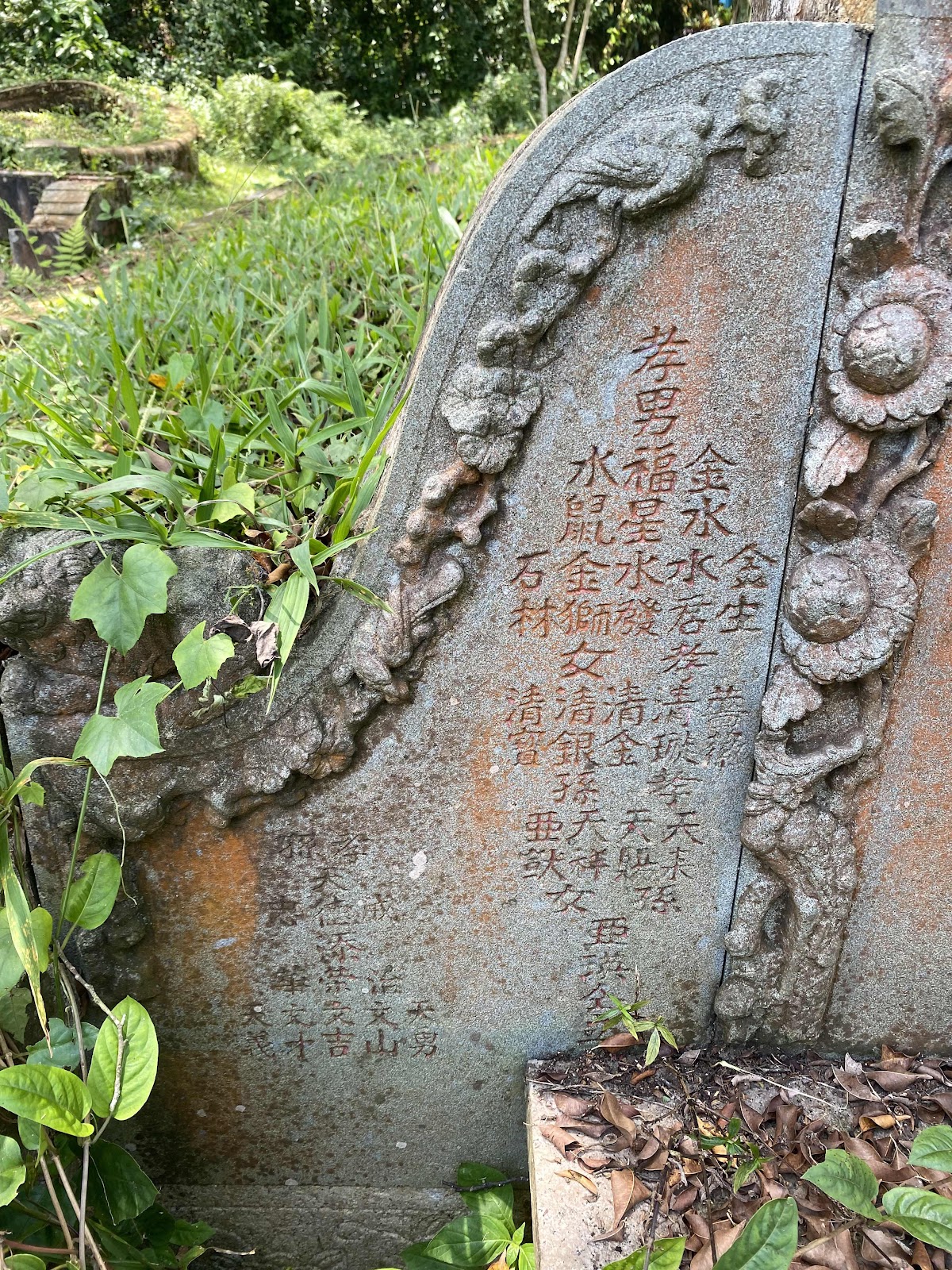 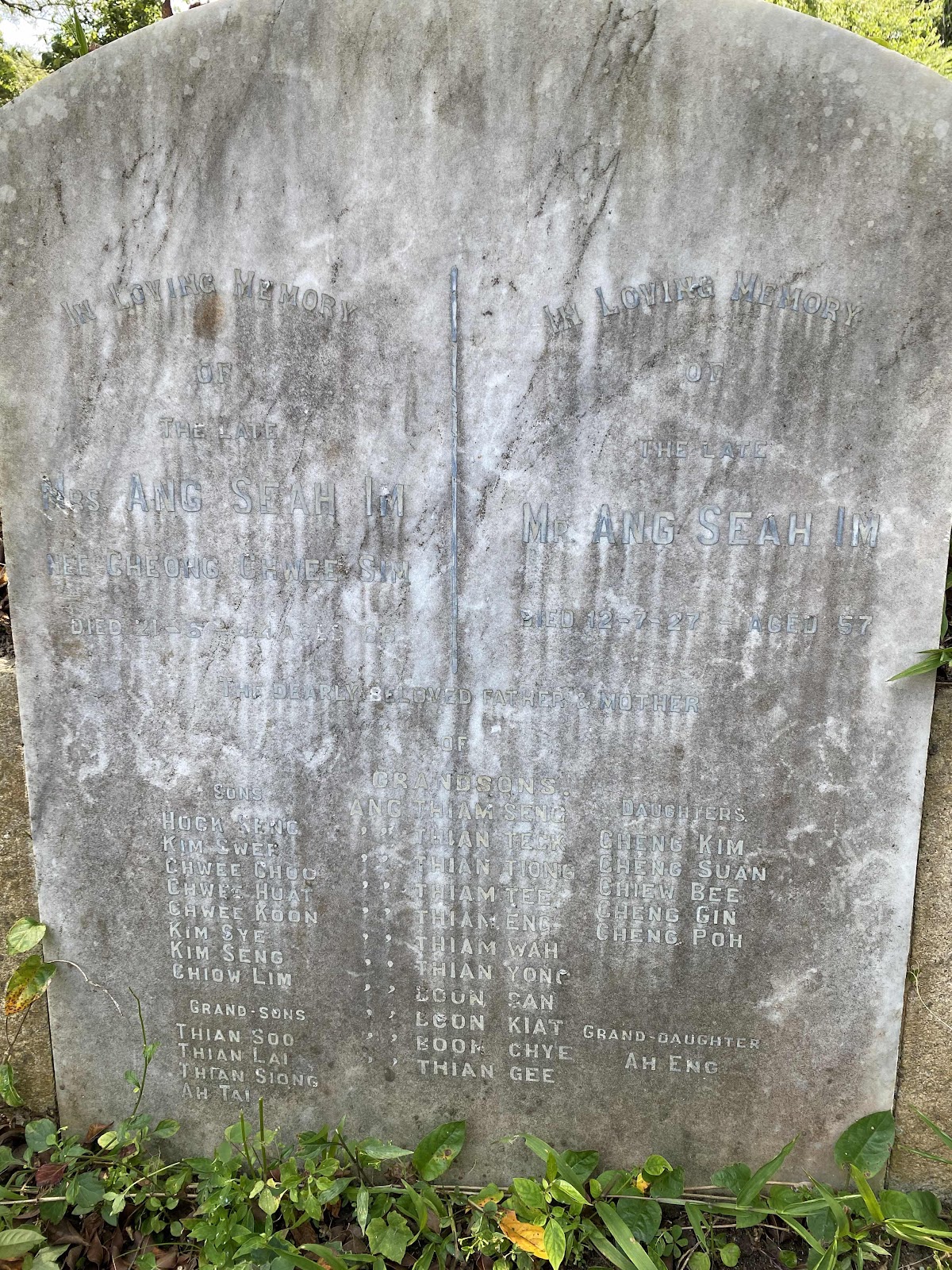 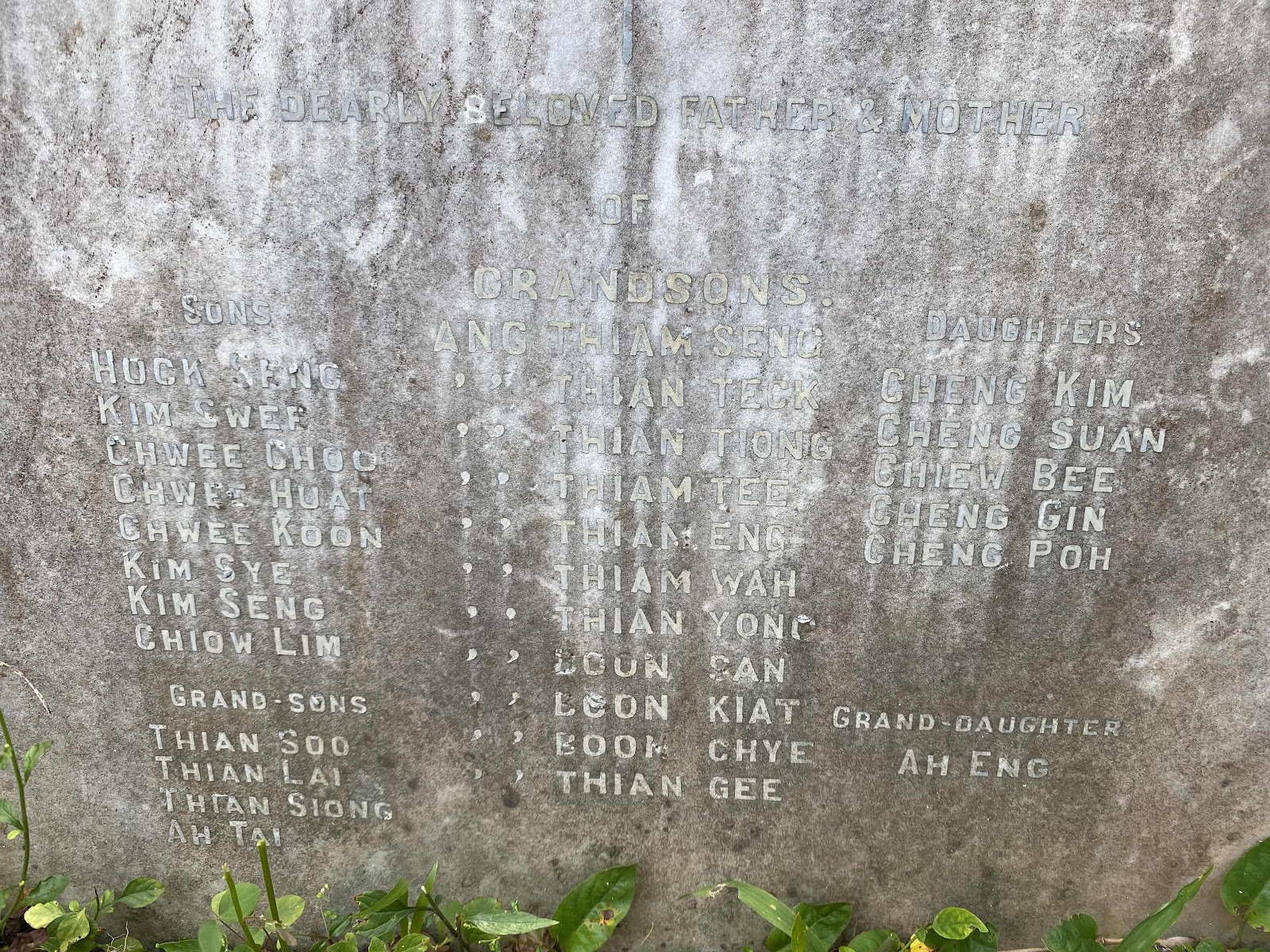 The Rise of the Sound

Ang Seah Im was from Tong Ann, Quanzhou Prefecture in Fujian.
His name Seah Im in Chinese and Hokkien means "Sound"
He owned properties in Malaysia and Singapore especially along Telok Blangah Road.
He also have business in mining,  rice, rubber, and trading.
In 17 Aug 1907, the Municipal  Commission agreed on the naming of the private road with entrance between Nos 196 and 180-4 Teluk Blangah Road to be Seah Im Road.

His land along Telok Blangah Road 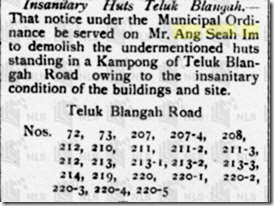 On 17 Jun 1914, he was one of the Chinese luminaries sending off the then Governor of Straits Settlement Sir Arthur Young: 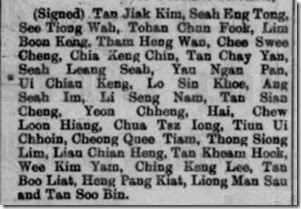 Bankruptcy
But it was in that same year 1914 that things turned for the worse .....
Extracted from The Singapore Free Press, 12 Aug 1922
For 3 years, Ang have been spending on domestic expenses $20,000 a year, and during the 4 months preceding his bankrupty, he had incurred liabilities amounting to just under $350,000
Judge: You ought to be locked up for extravagant living.
What did you spend it on?
Ang : I am a great chandu (opium) smoker, have 3 wives and 6 children
Judge : This is what made you bankrupt.
Other highlights:
Member of the committee of the Poh Leung Kok
Made bankrupt in 1914, but in May 1920, paid a composition.
Later on:
Judge:  You appear to have stopped yourself in time. You are drunk with opium and drunk with your own importance. Your grandfather built up a fine business and you have wrecked it. I think you ought to go to gaol. 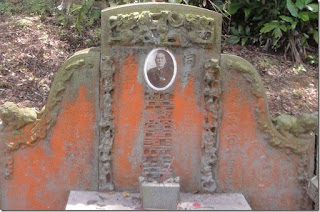 (
Seah Im would died a few years after the court hearing, in 1927.
In his tombstone, there was a picture of a distinguished looking Chinese towkay,  with a big family of 13 children (8 boys, 5 girls)
----------------
It was the day after a newspapers report mentioned about the find of Seah Im's grave.
A young man in the United States was reading The Straits Times online when he spotted
the news.
Quickly he dialed his mother in Singapore.
"Mama, quick, take a look at the Sunday times. I think there is someone mentioned in the papers you need to know"
Thousand of miles away in Singapore, a middle aged woman looked at the news her son has informed her.
Yes, it was her grandfather' name all right. Many times, she have heard of his father mentioned about him.
But ever since she was a child, she was under the impression that her grandfather was already exhumed.
Is it true that her Ah Gong's grave has been found?
A call to us, and a quick arrangement for her to check on the grave. After all, it was still Qing Ming period.
She also went to the paper and joss stick shop to buy some offerings. Not very sure what to buy, she asked a friend to bring her to the shop and also tag along.
The hot afternoon turned downcast and just before we arrived, it started to rain.
But rain or no rain, nothing is going to stop her from finding out if really her grandfather is buried there.
So, all of us took out our umbrellas and walked to the grave. 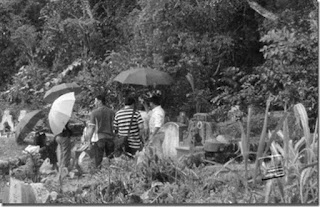 The woman took one look at the tomb photograph which was still in good condition because of the special tombstone material imported from China, and there was no doubt in her mind who he is.
Yes, it was indeed Ah Gong, she had recognized him from an old family album.
'Ah Gong, I am here. "
And oh, that is Ah Mah also. But her photograph has been eroded with time.
"I will show you a better picture of Ah Mah than the picture here"
" Hello, Ah Gong, hello Ah Ma, I have come to see you" she said while touching the tombstones gently.
"How do you write his name in Chinese?
Sorry, I don't know how to write in Chinese his name," she asked me.
Oh, the family name is Ang, written with a Chinese character "Wang" as in King, with a three stroke water.
And for his name, the character is written as in the Chinese characters for sound.
Sound, you know, like tong, tong, tong, sound
Oh..... you mean "Sound"
--------
Yes, the Sound was heard.
And indeed it was heart-warming to see he was still being honored and remembered,
more than 80 years after he had died. 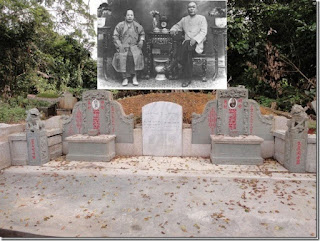