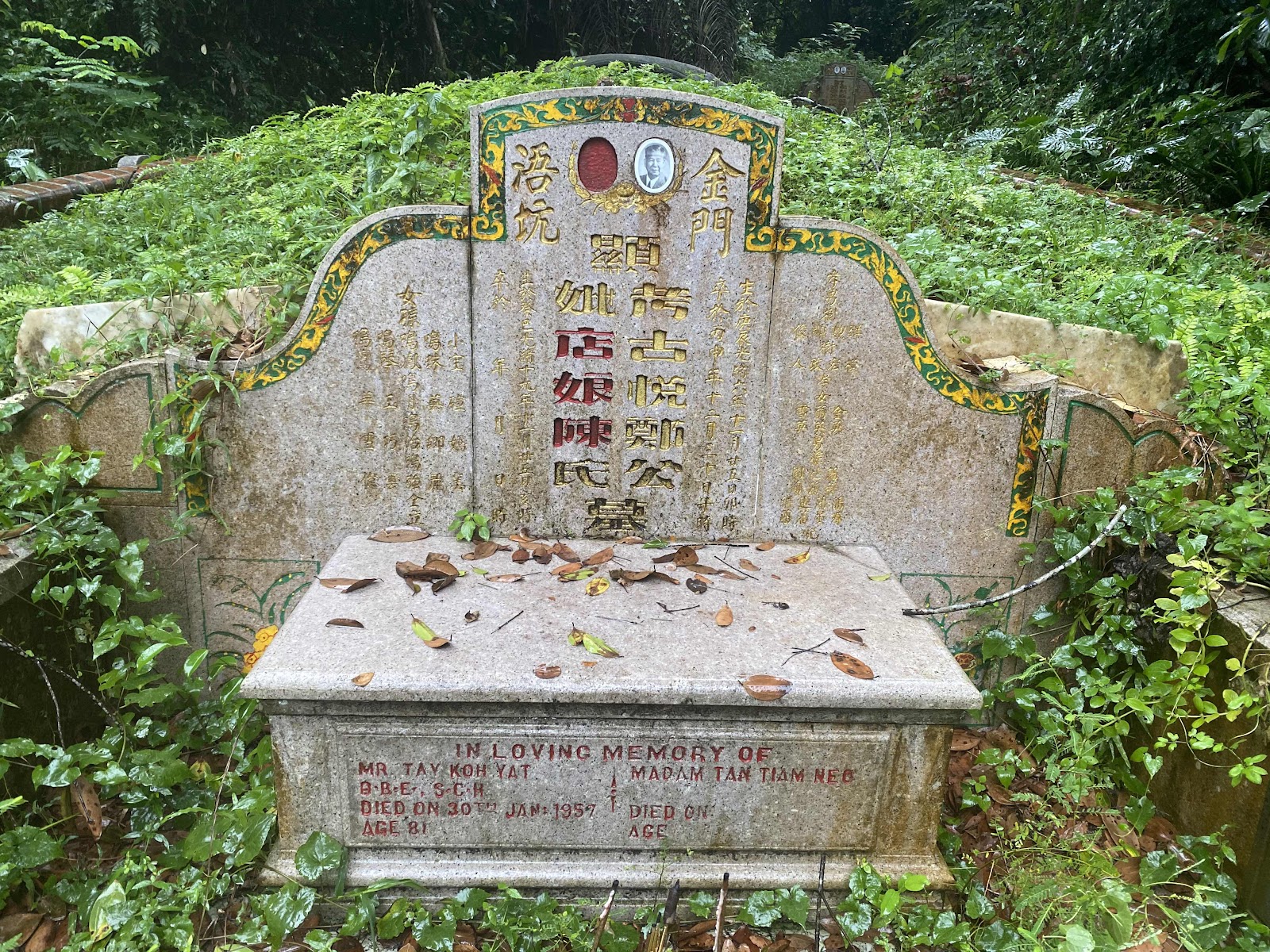 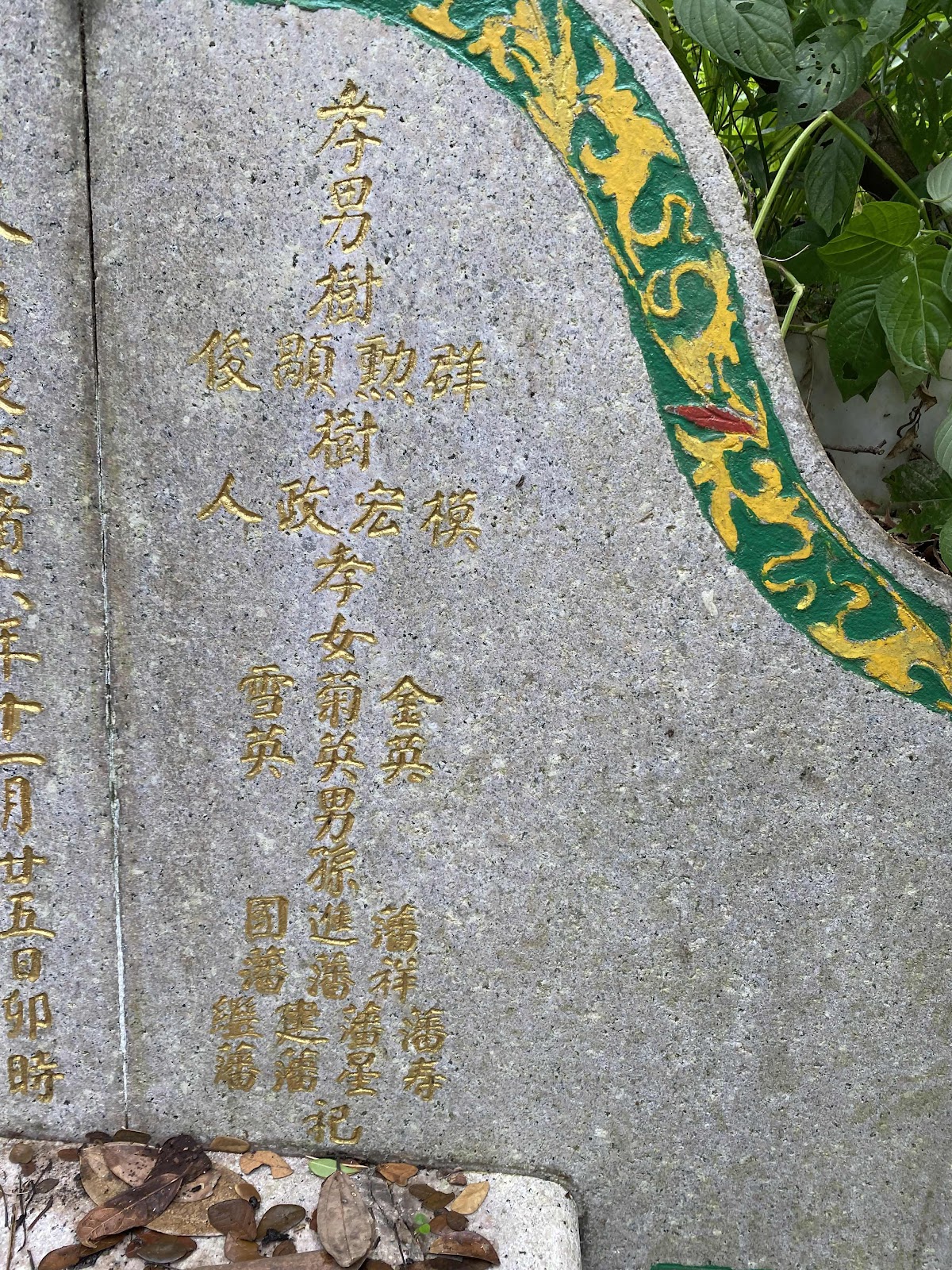 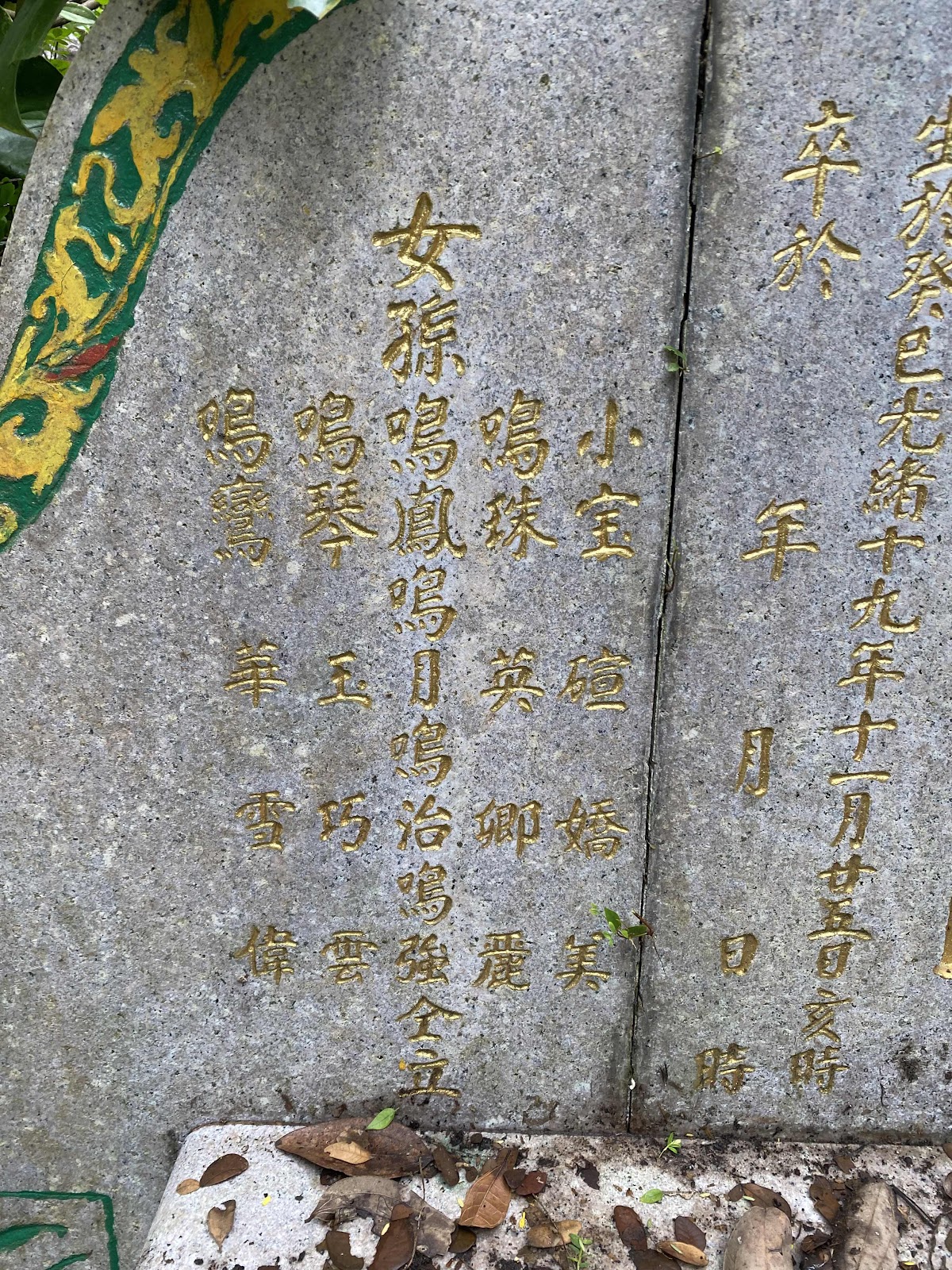 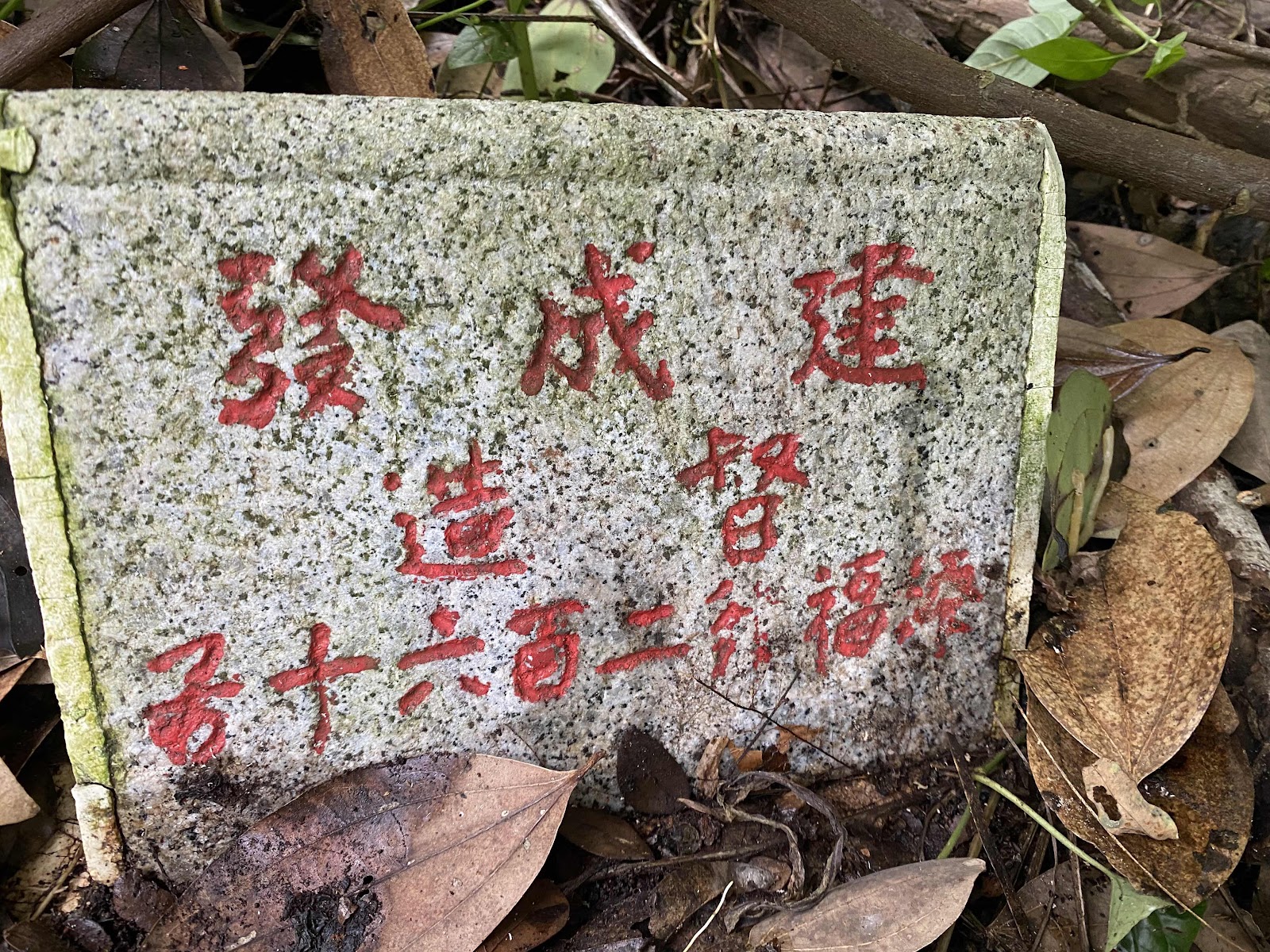 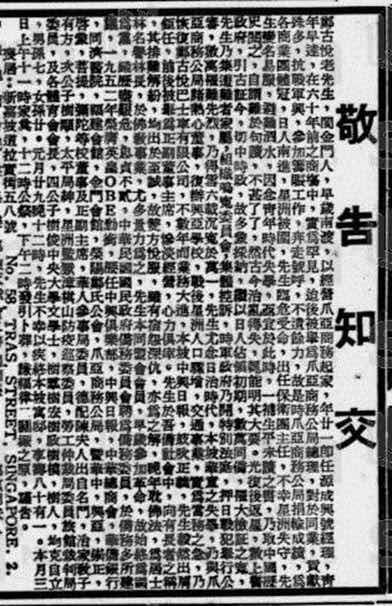 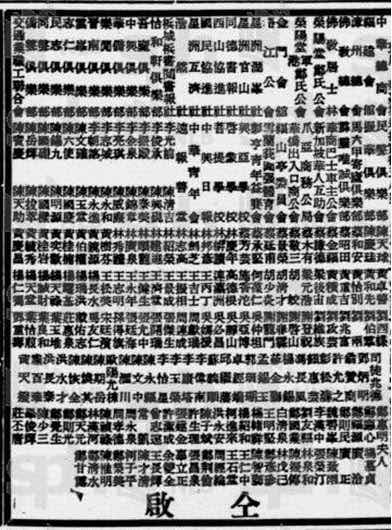 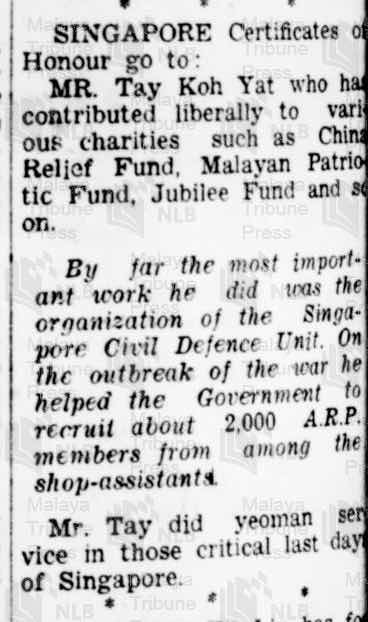 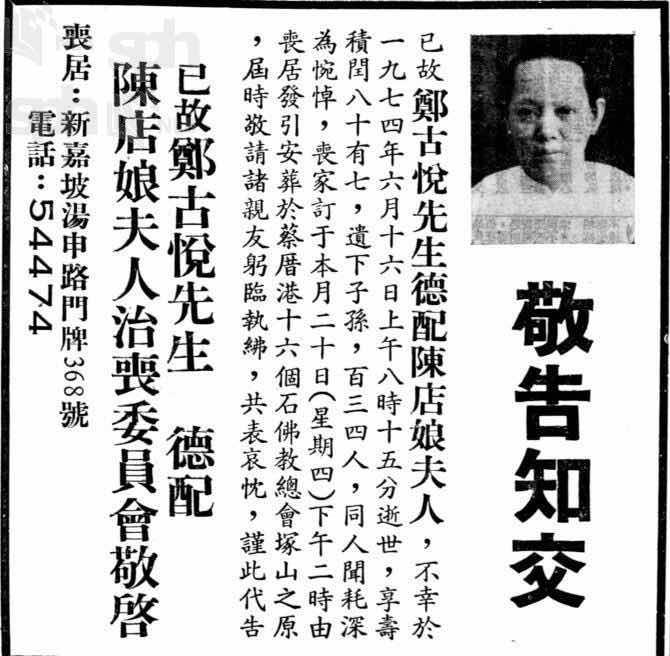 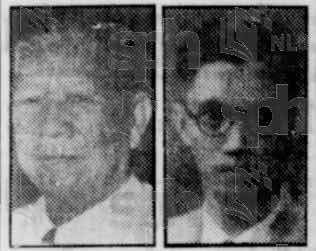 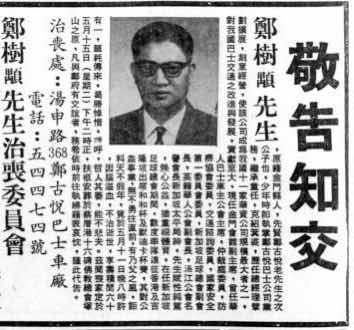 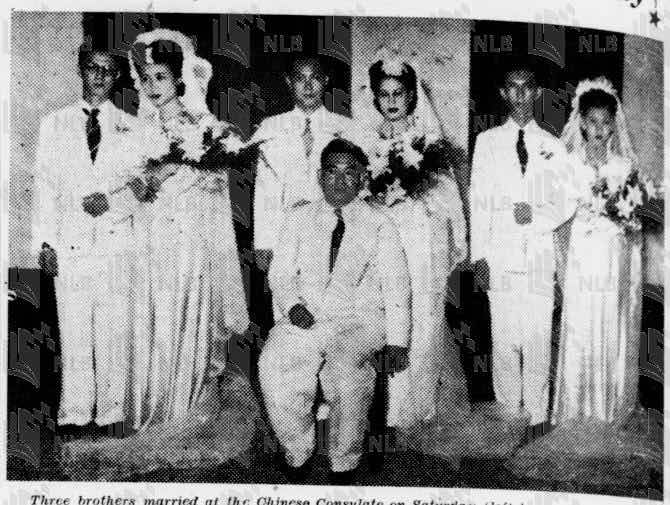 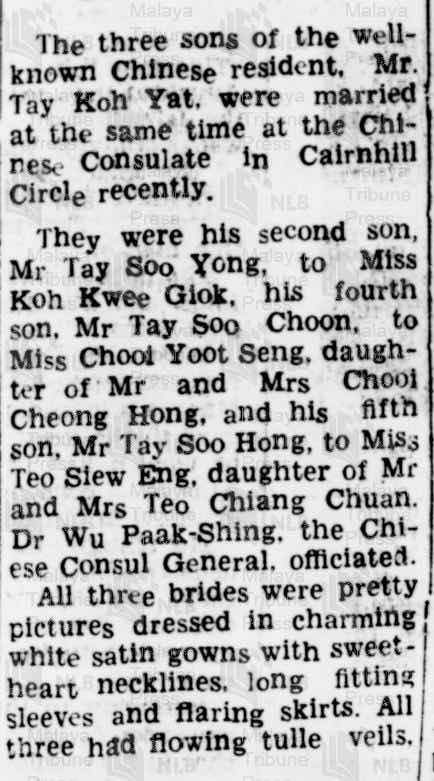 Tay Koh Yat Bus Co Pte Ltd lingers on, for a while yet 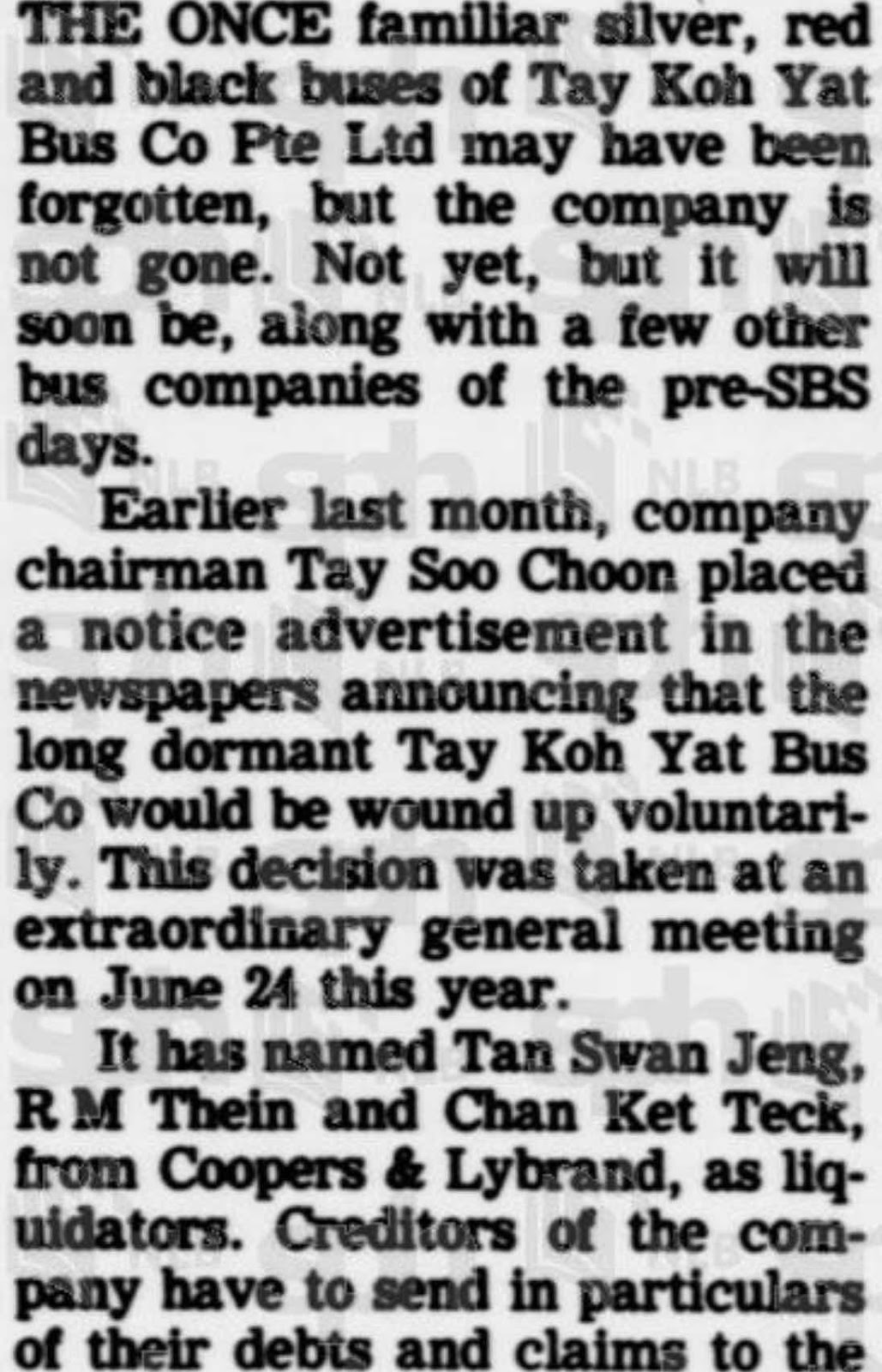 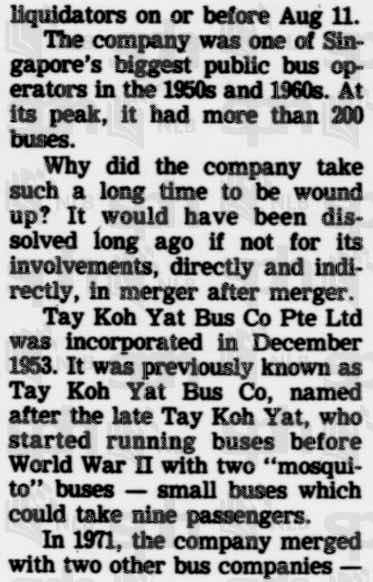 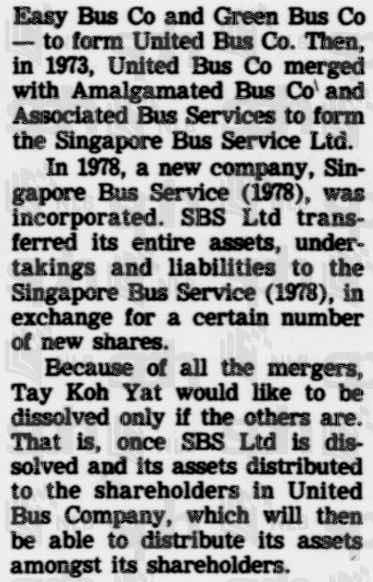 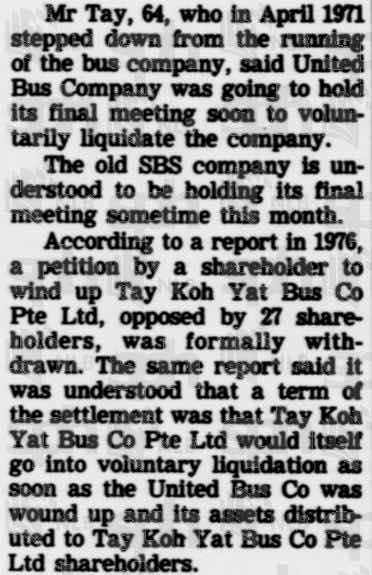 The 1957 Singapore City Council elections was the first time that all appointed seats were scrapped, and all seats were opened for direct popular voting. Nomination day was on 18 November 1957, with voting held on 21 December in the same year.