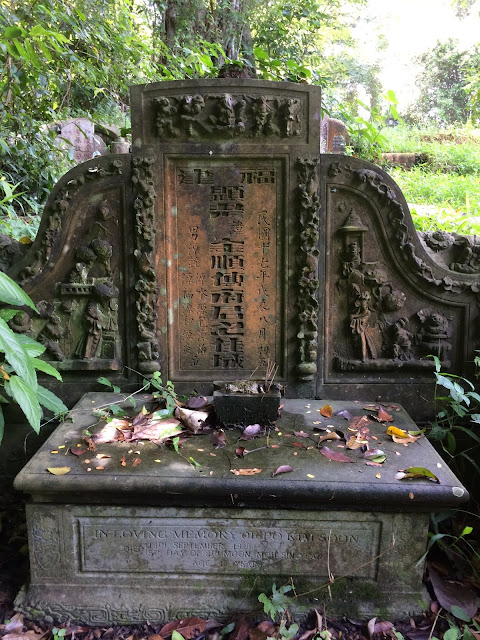 Malaya Tribune 1928 Sep 19
Mr PO KIM SOON of Soon Teck & Co., on Tuesday September 18, at his residence
No 195 East Coast Road ( 7 1/4 miles). He leaves a widow, seven sons, four daughters
one son in law, a grandson and granddaughter to mourn his loss. Funeral will take place on
Saturday, the 22nd instant at 9 am to Bukit Brown Cemetery 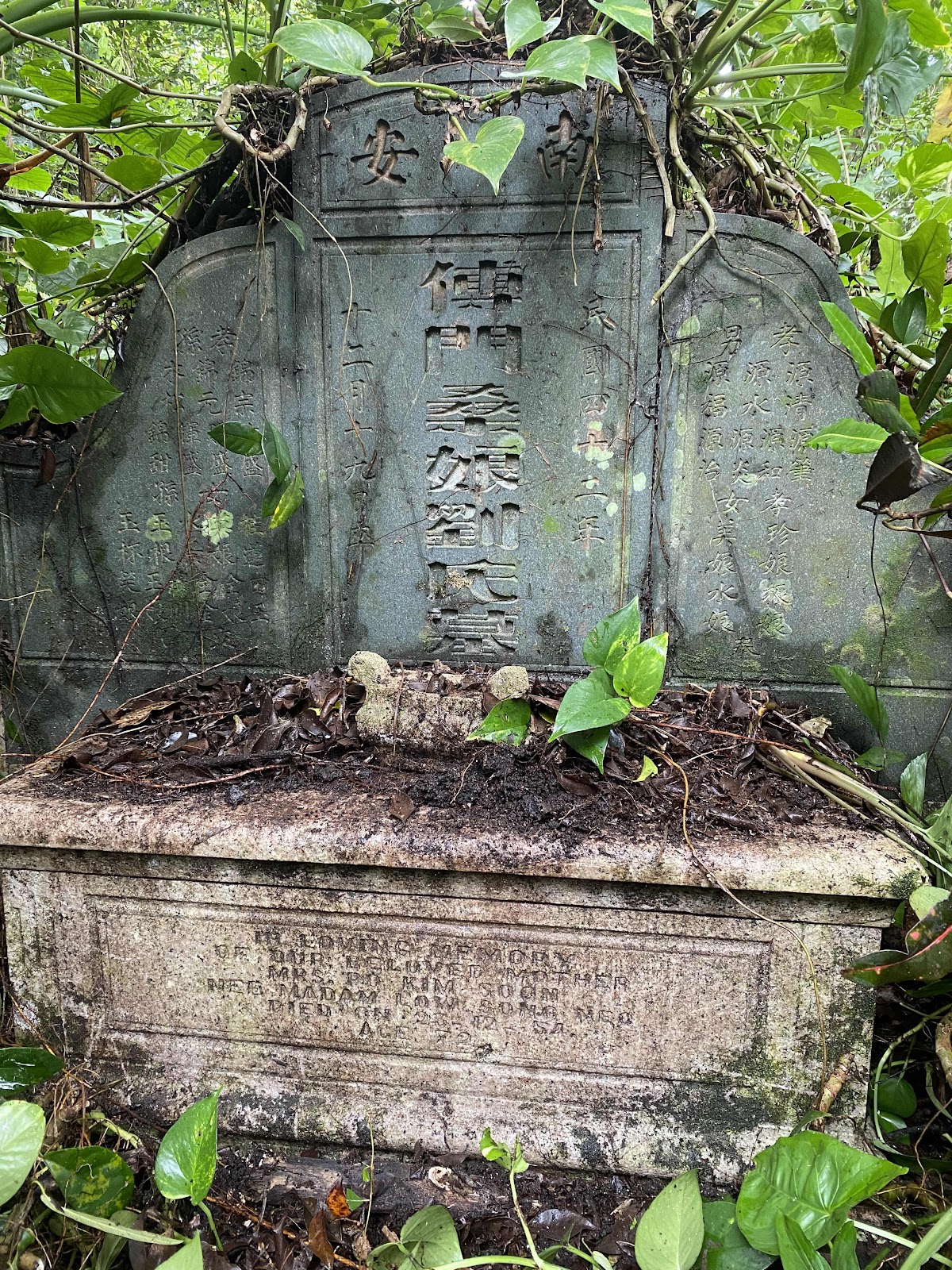 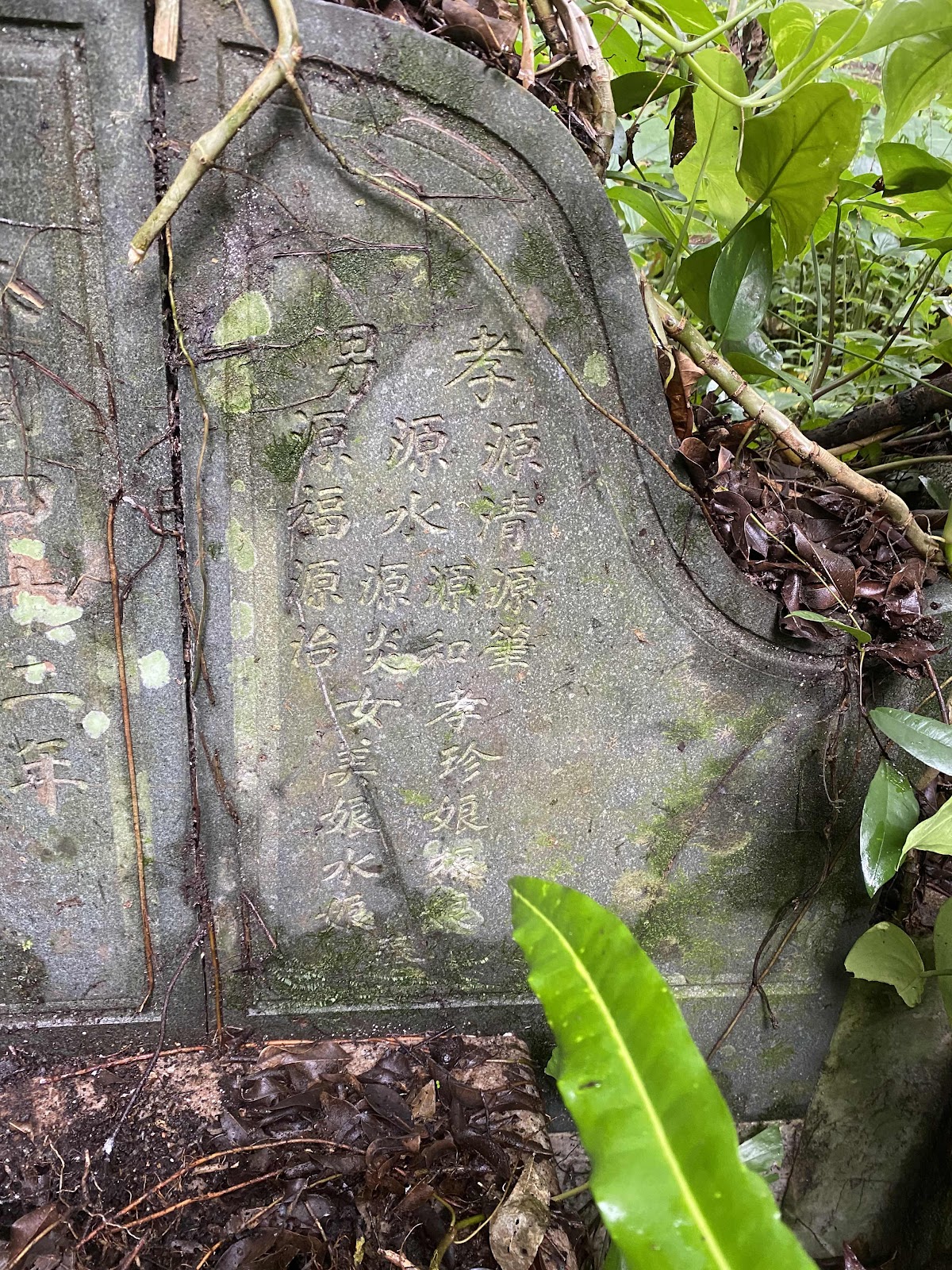 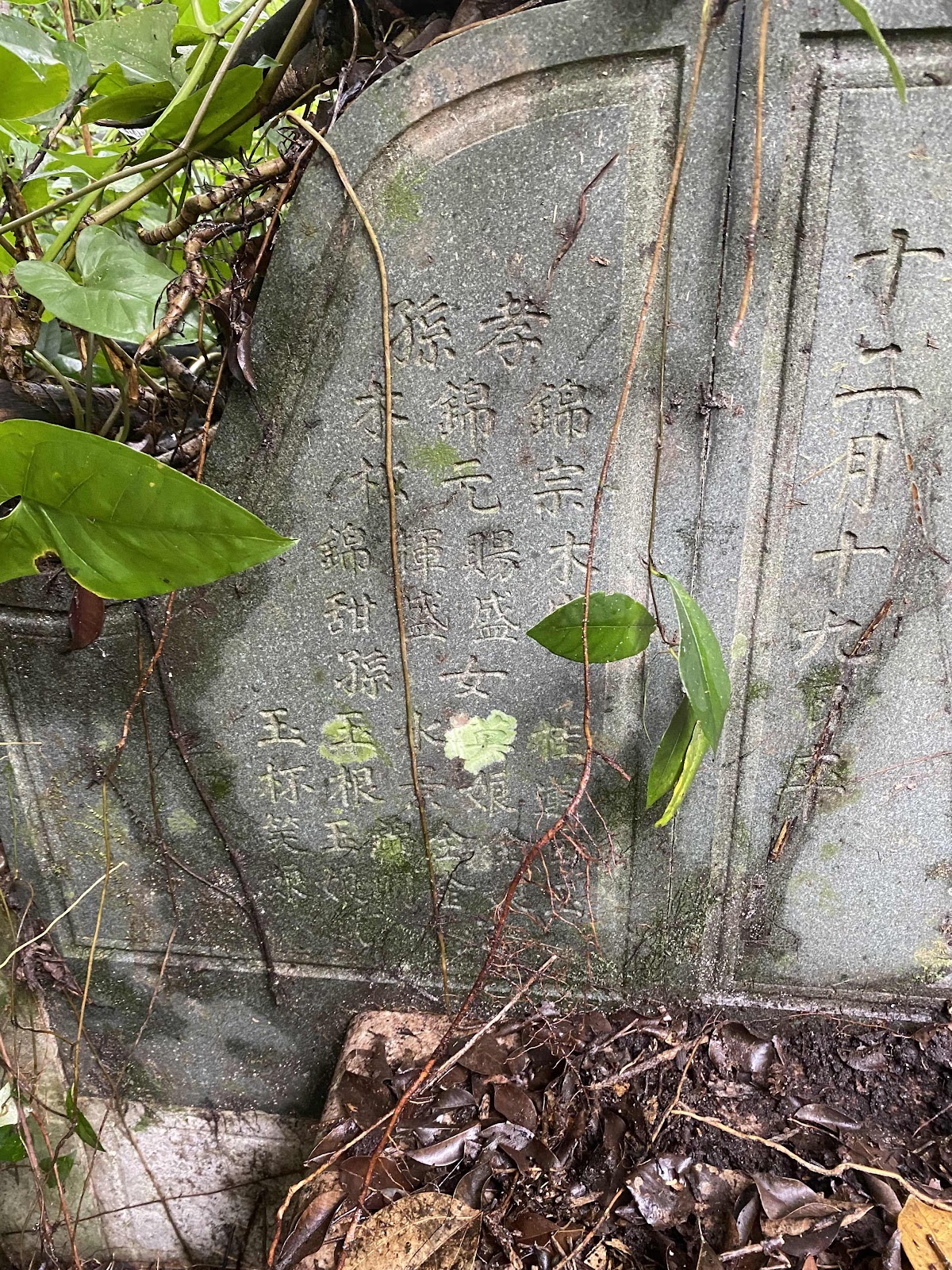 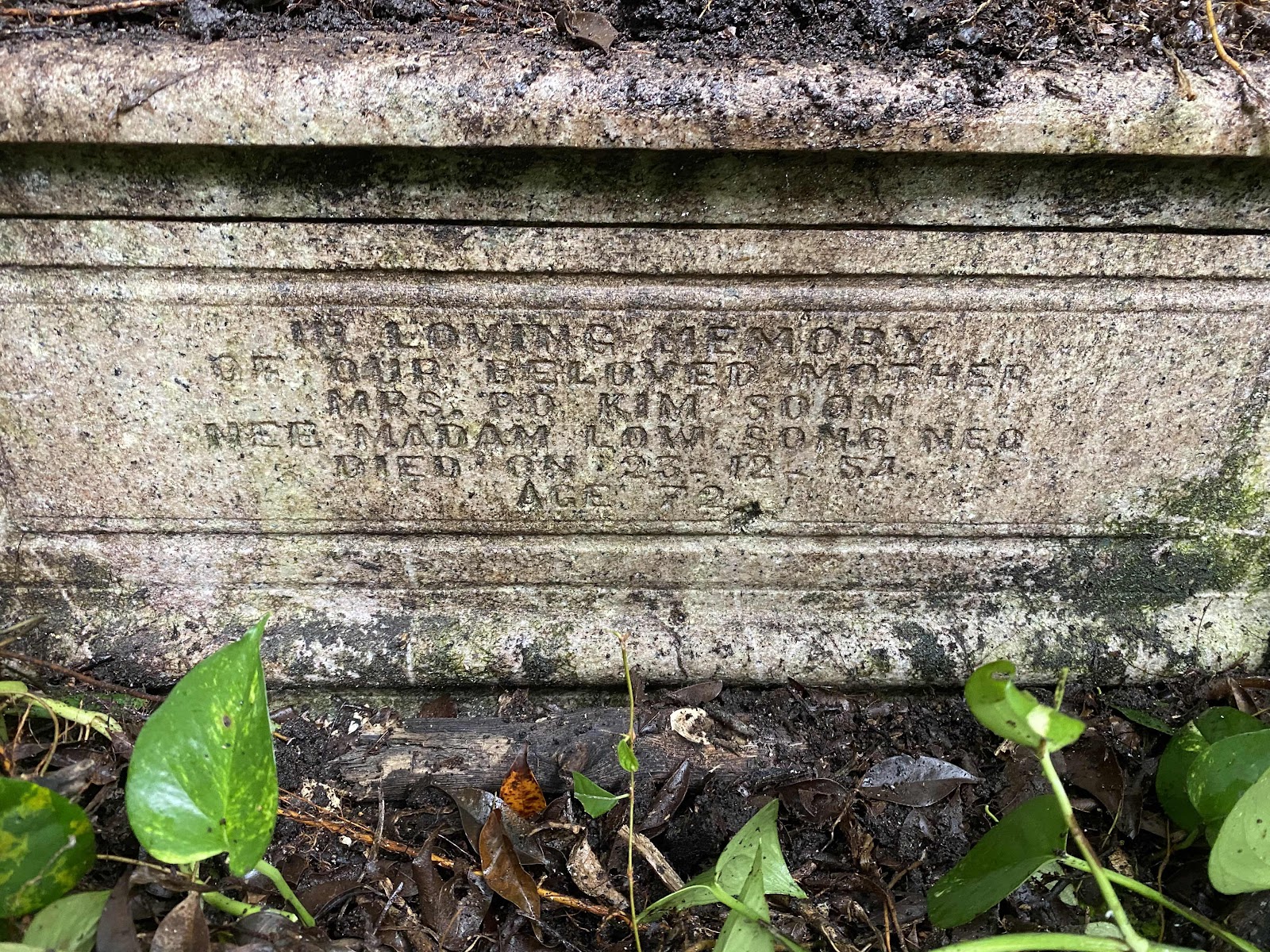 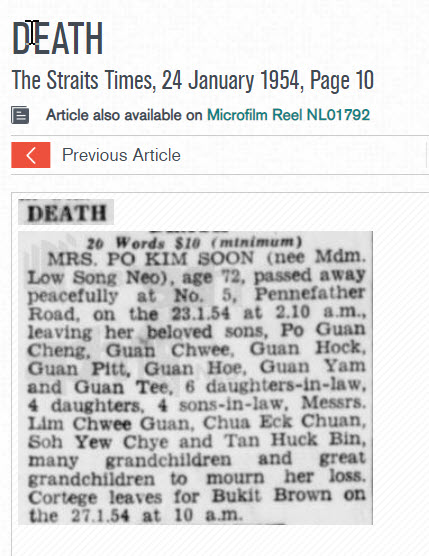 John Po Guan Hock became a lawyer and became President of the Law Society of Singapore in 1965. He also sat on the first Council Meeting of the Law Society.
He was also a friend of Former Chief Justice Wee Chong Jin 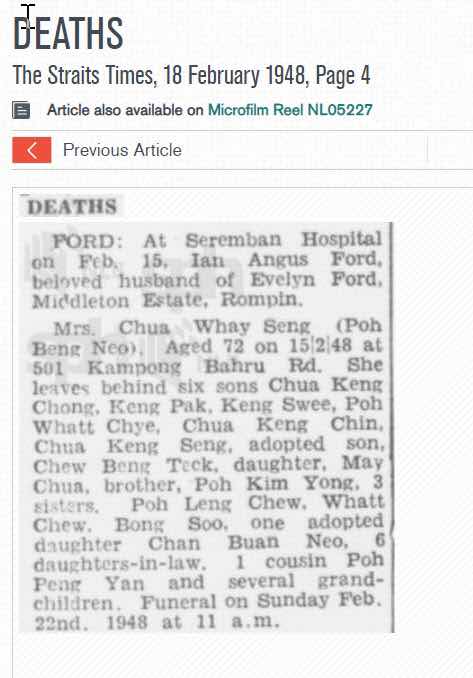 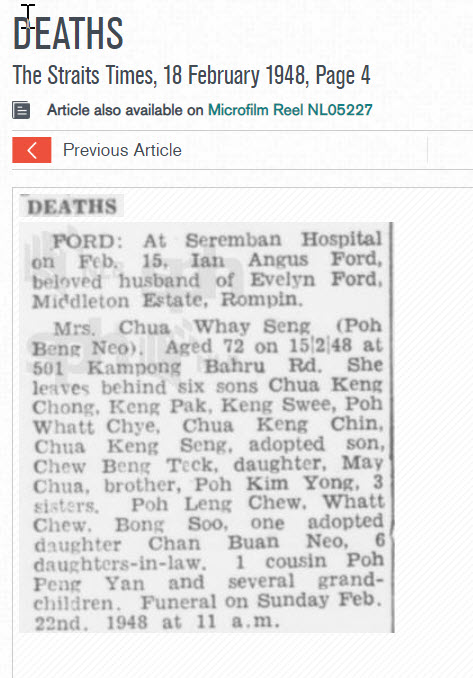