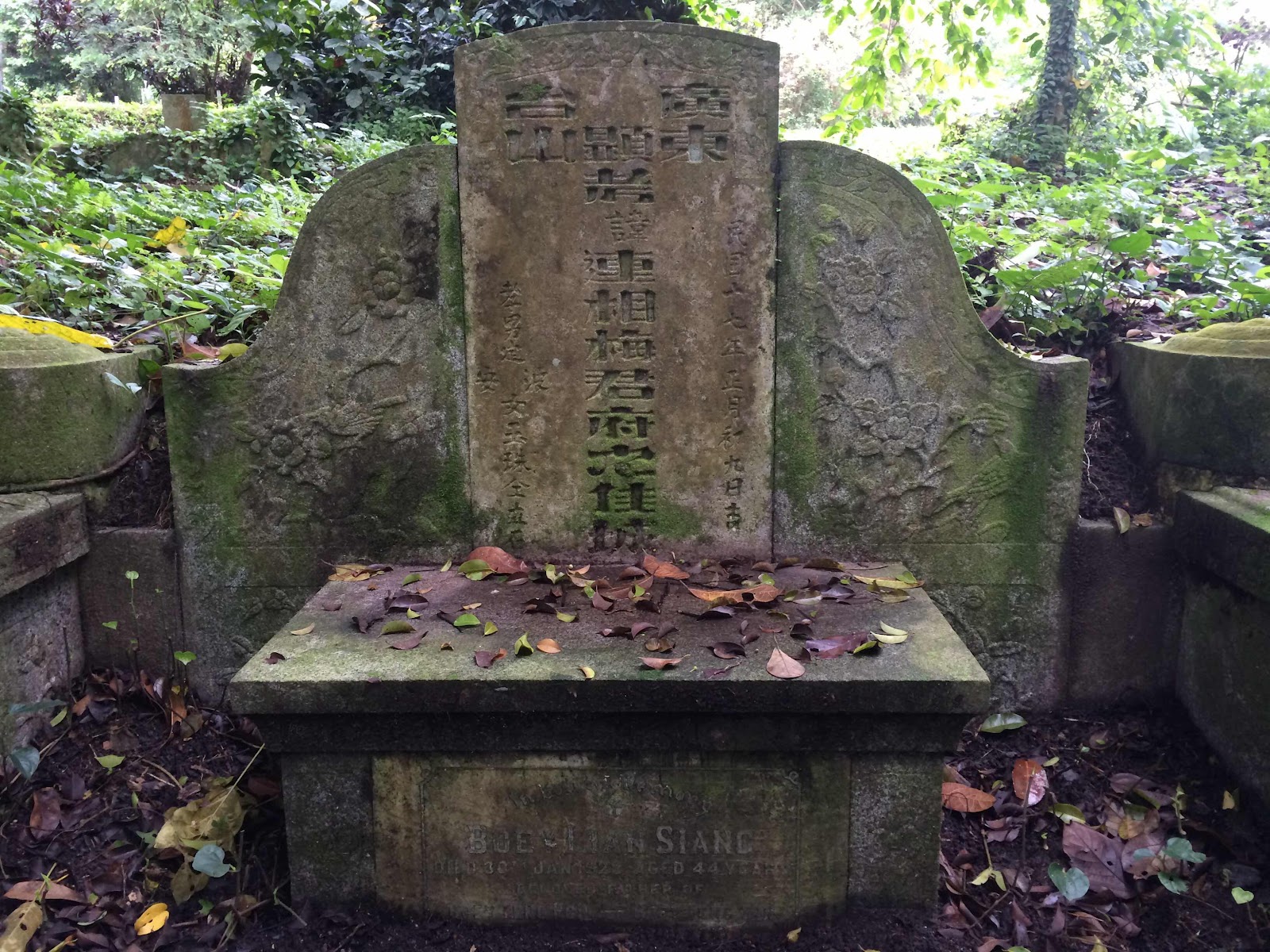 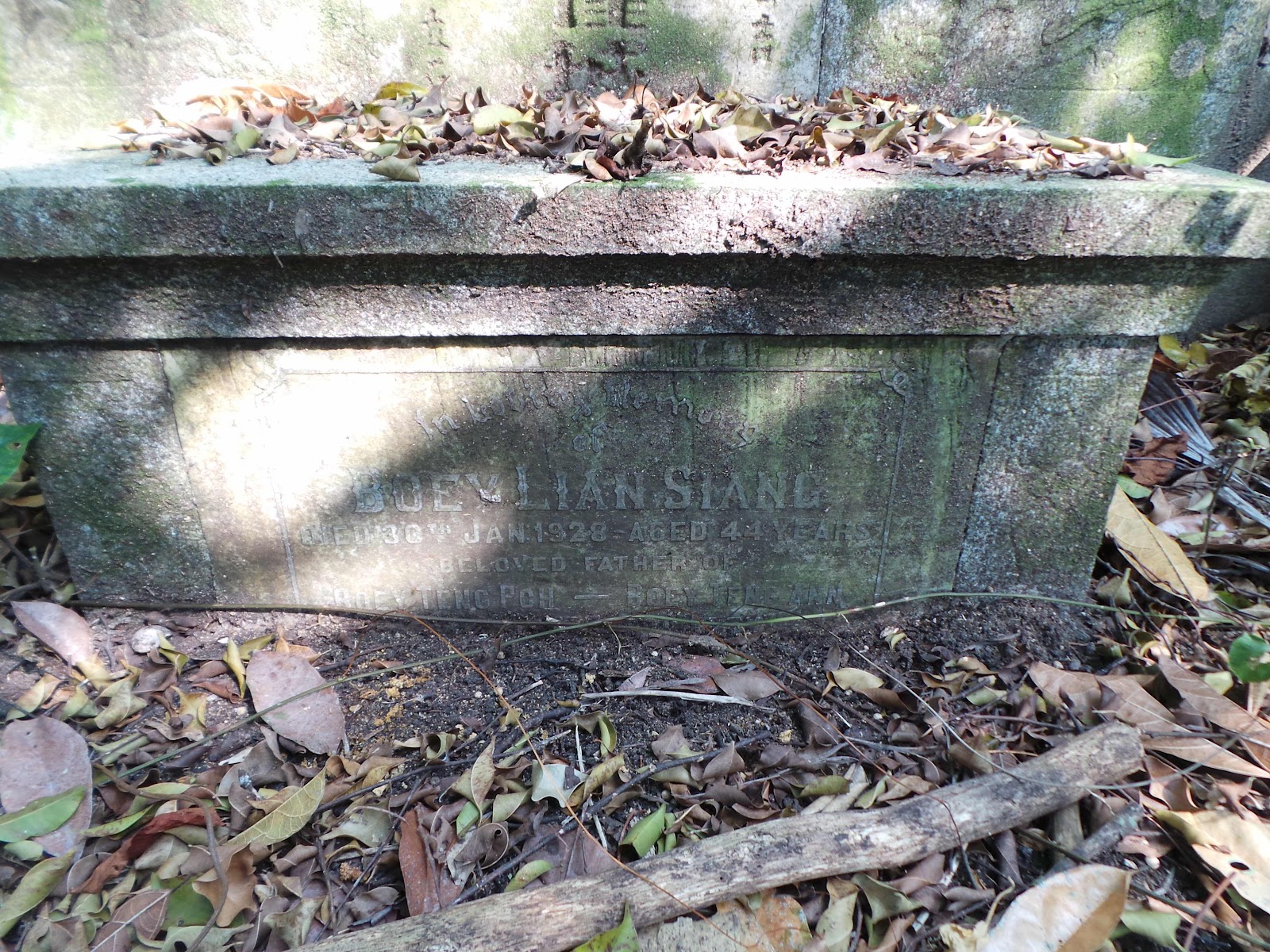 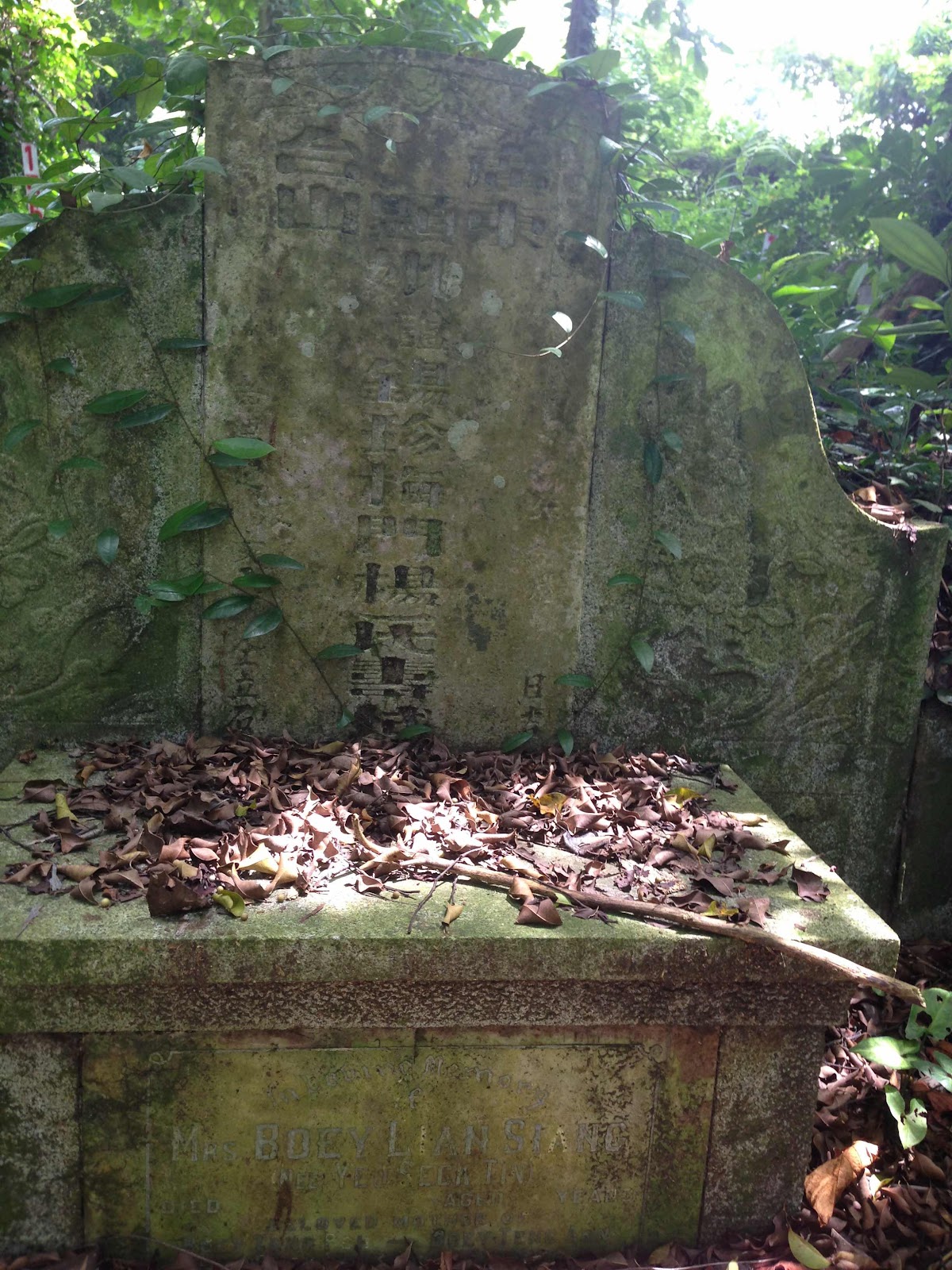 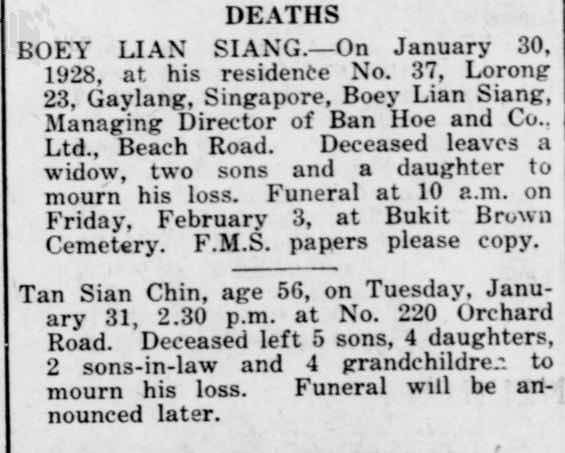 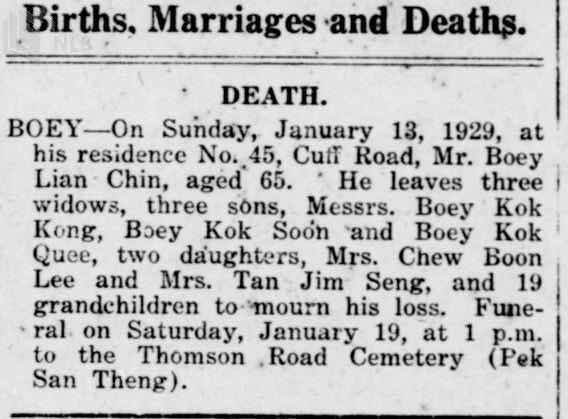 In 1866 Boey Ah Foo was a keen competitor with Messrs Whampoa & Co in the bakery business. His shop was located in Upper Circular Road. Meeting with success, he launched out as a building contractor, and among the works which he carried through were several contracts for the Government, including the erection of the flagstaff, in con- nection with which he was presented with a gold watch and chain and a testimonial expressing appreciation of his services. He erected the block of shophouses facing North Bridge Road, Rochore Road and Malabar Street, which were sold in January 1919 by public auction in pursuance of an Order of Court and realised more than $800,000. He died on the 15th May 1889. One of the executors of his will was Boey Lian Chin, his son – at one time manager of the Kwong Yik Bank (now in liquidation). 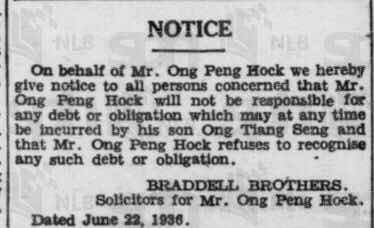 The marriage was solemnized on Monday, the 22nd inst. of Mr Ong Tiang Seng,
son of Mr and Mrs Ong Peng Hock and Miss Betty Boey, daughter of Mrs Boey Lian Siang.
A dinner was given at the Southern Hotel 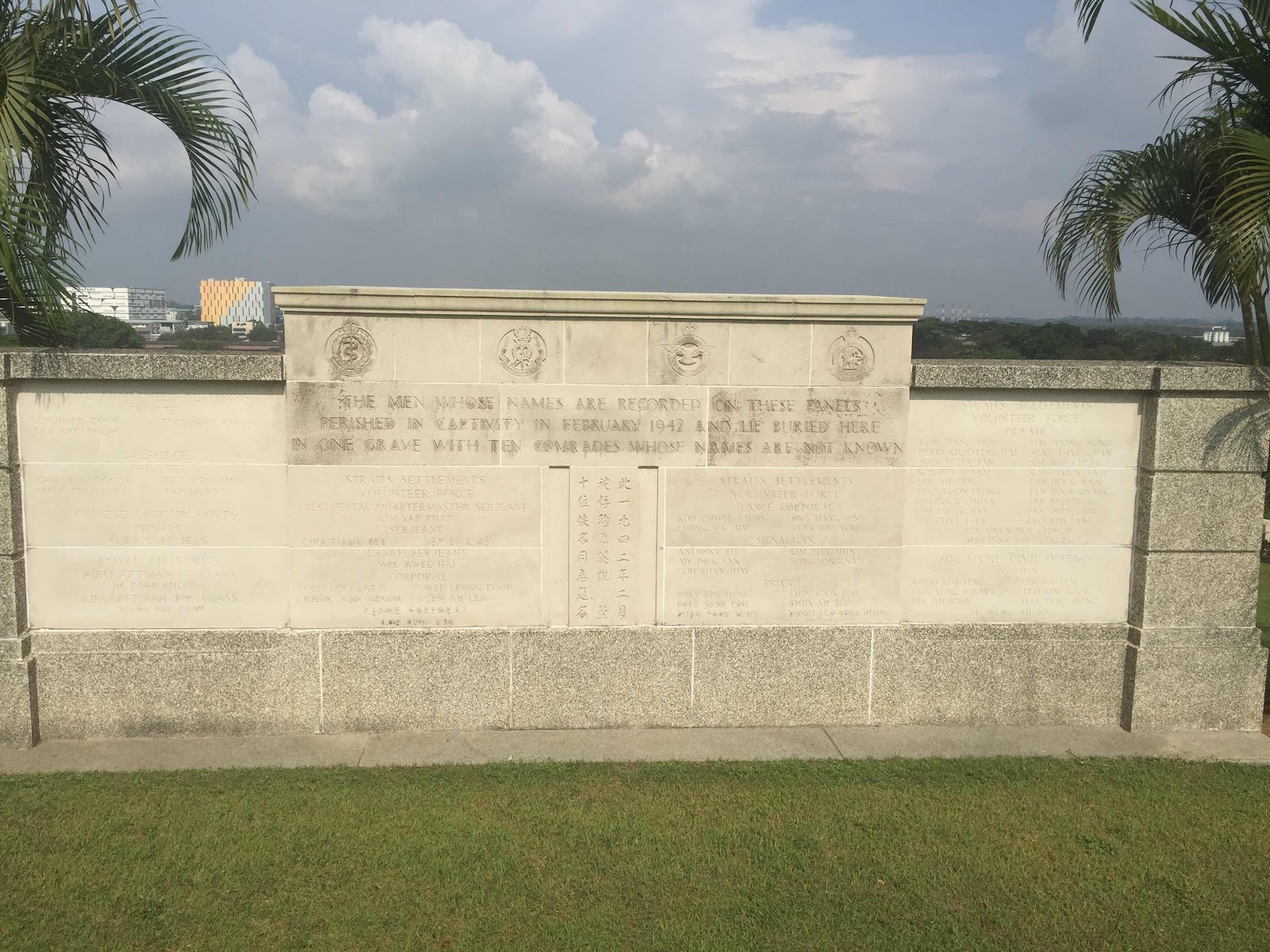 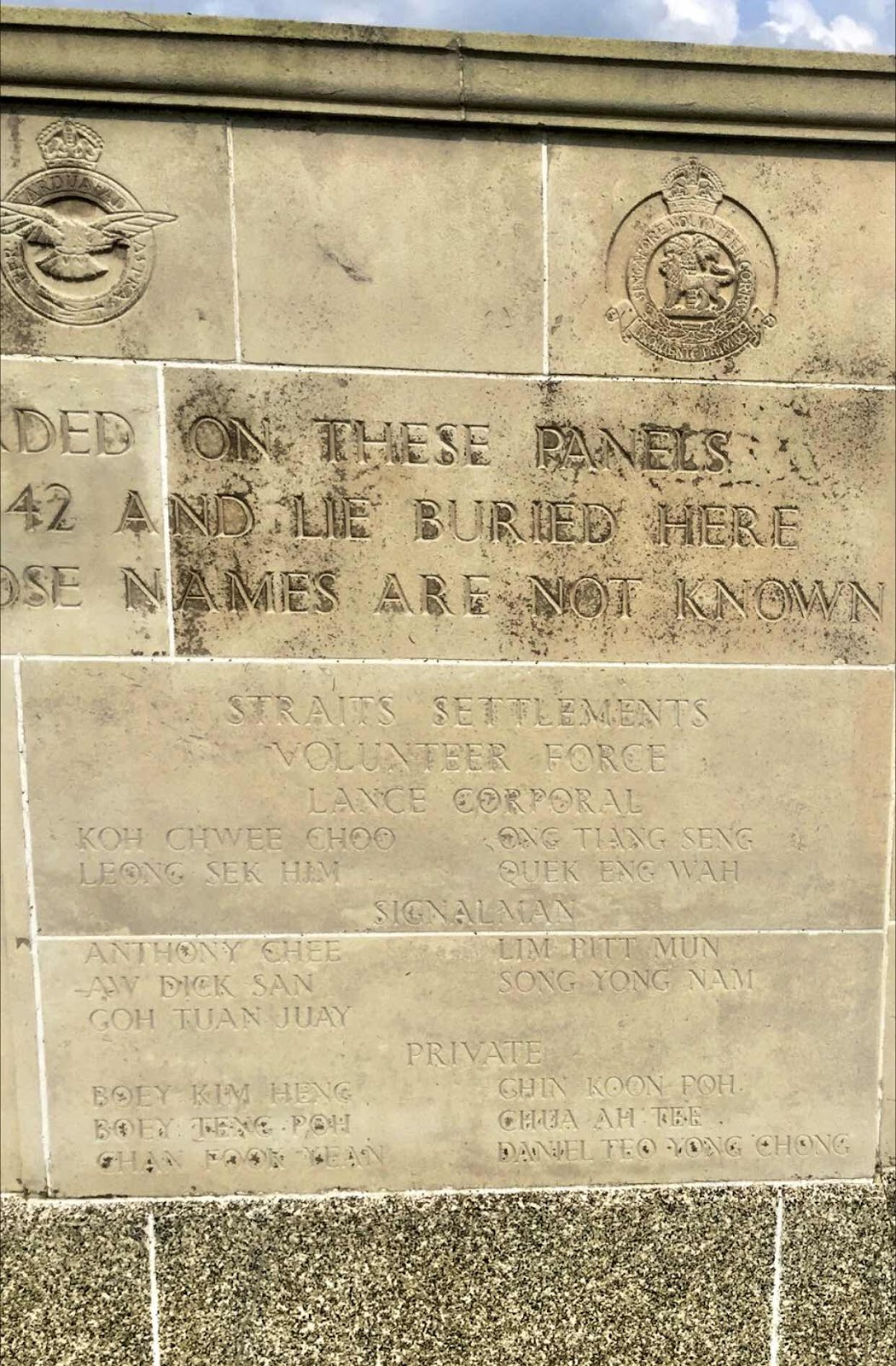