on November 15, 2019
Photograph of Chinese and Anglo-Colonial officials standing by a commemorative Golden Jubilee statue of Queen Victoria in Government House, Singapore, 26 February 1889. The Governor of the Straits Settlement (now Singapore), Sir Cecil Clementi Smith (1840-1916) is probably standing at the far left, nearest to the statue (in morning suit, grey hair and moustache). 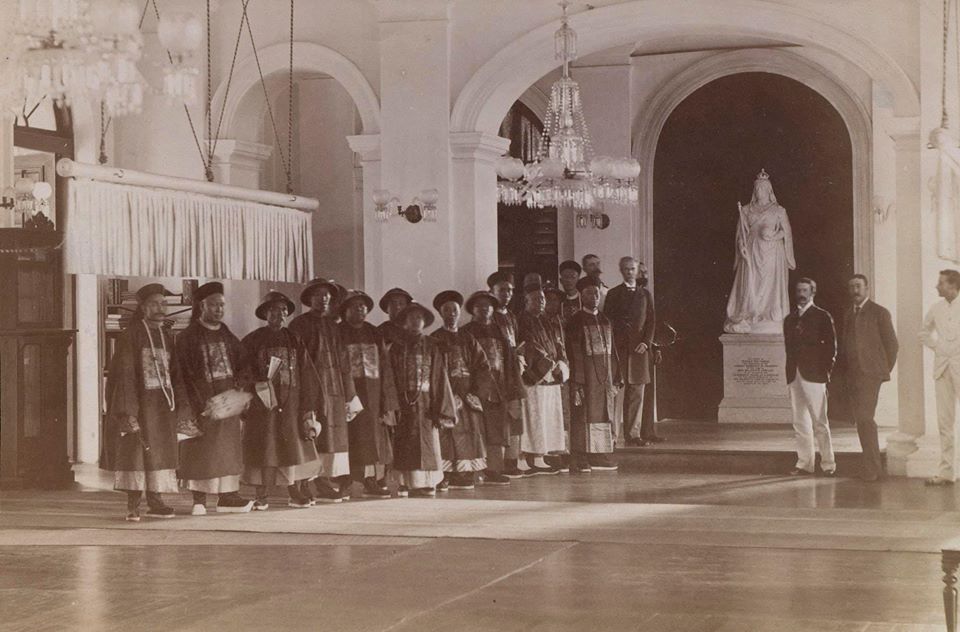 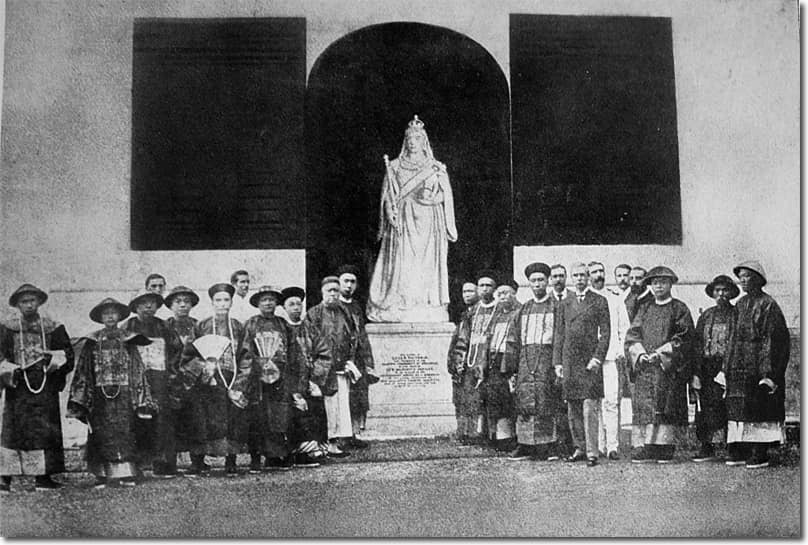 On 26th February 1889 took place the unveiling in the Ballroom,  Government House of the statue of Her Majesty Queen Victoria by the Governor, Sir Cecil Smith in the presence of the Chinese subscribers to the Statue Fund during the Jubilee year 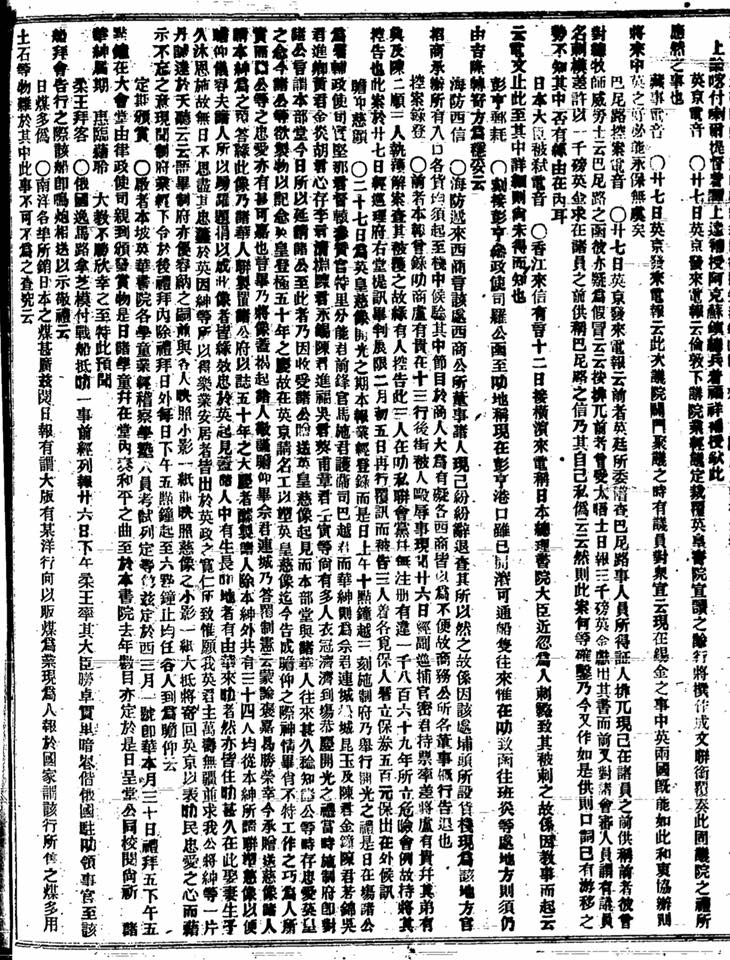 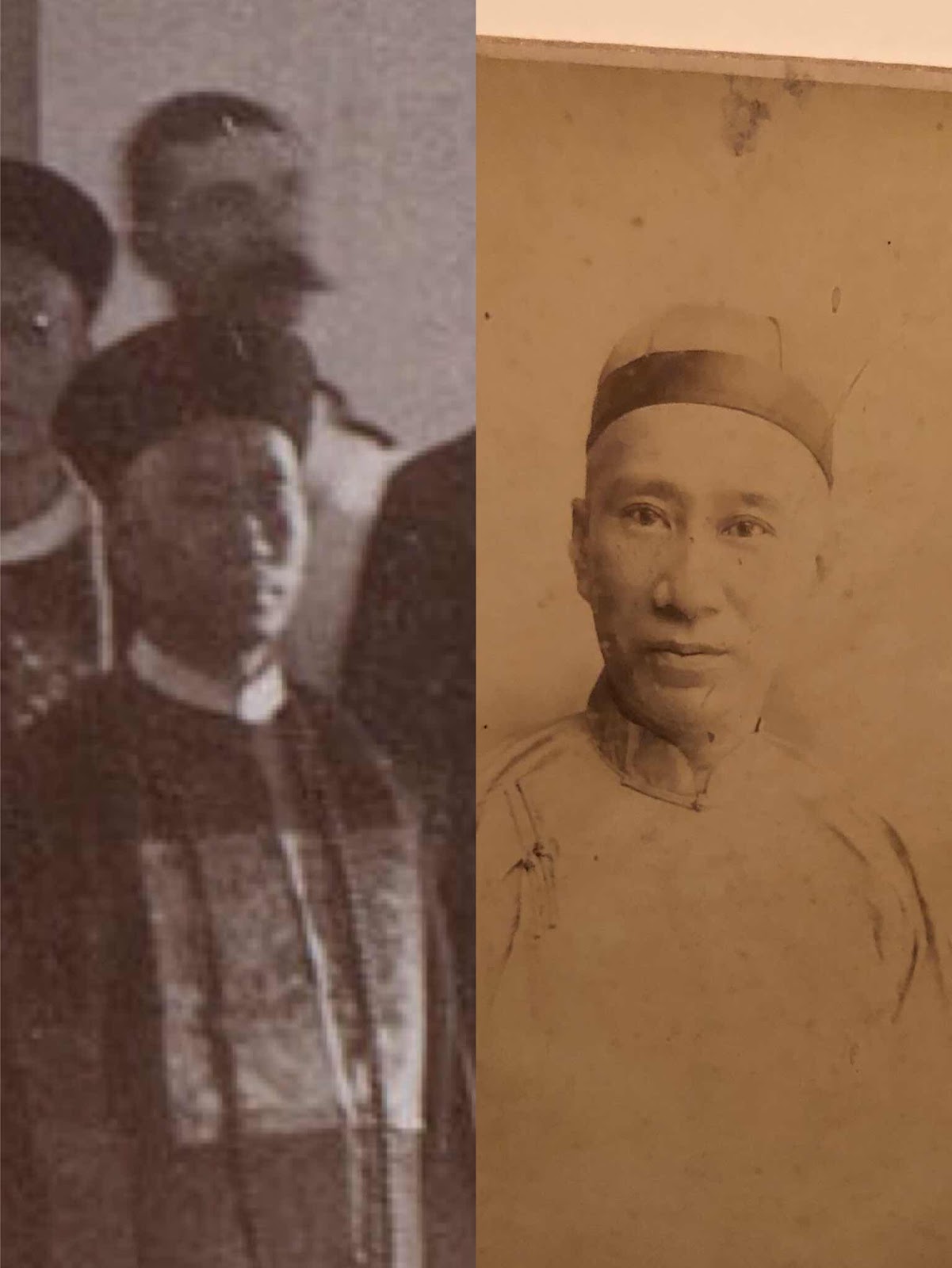 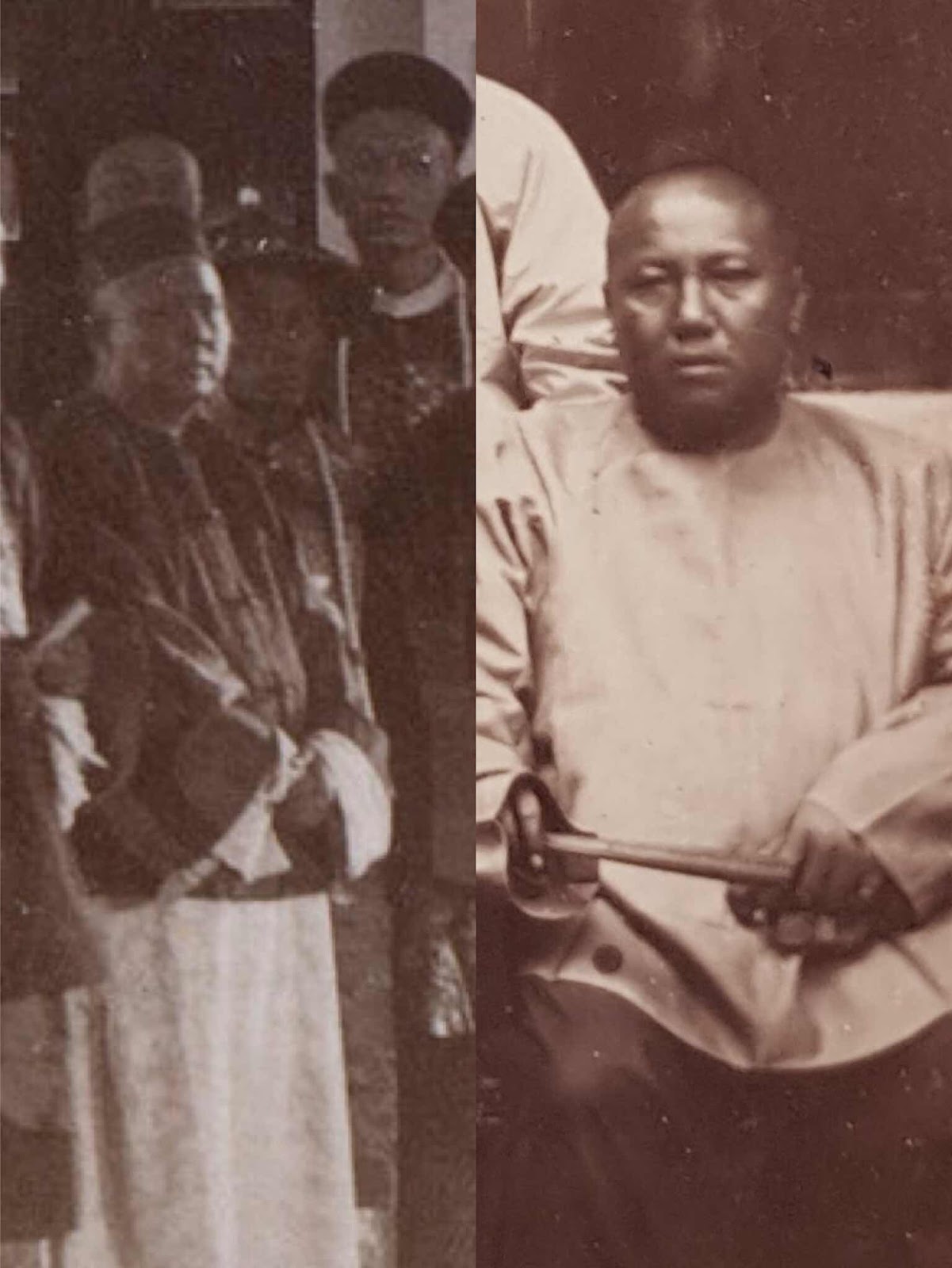 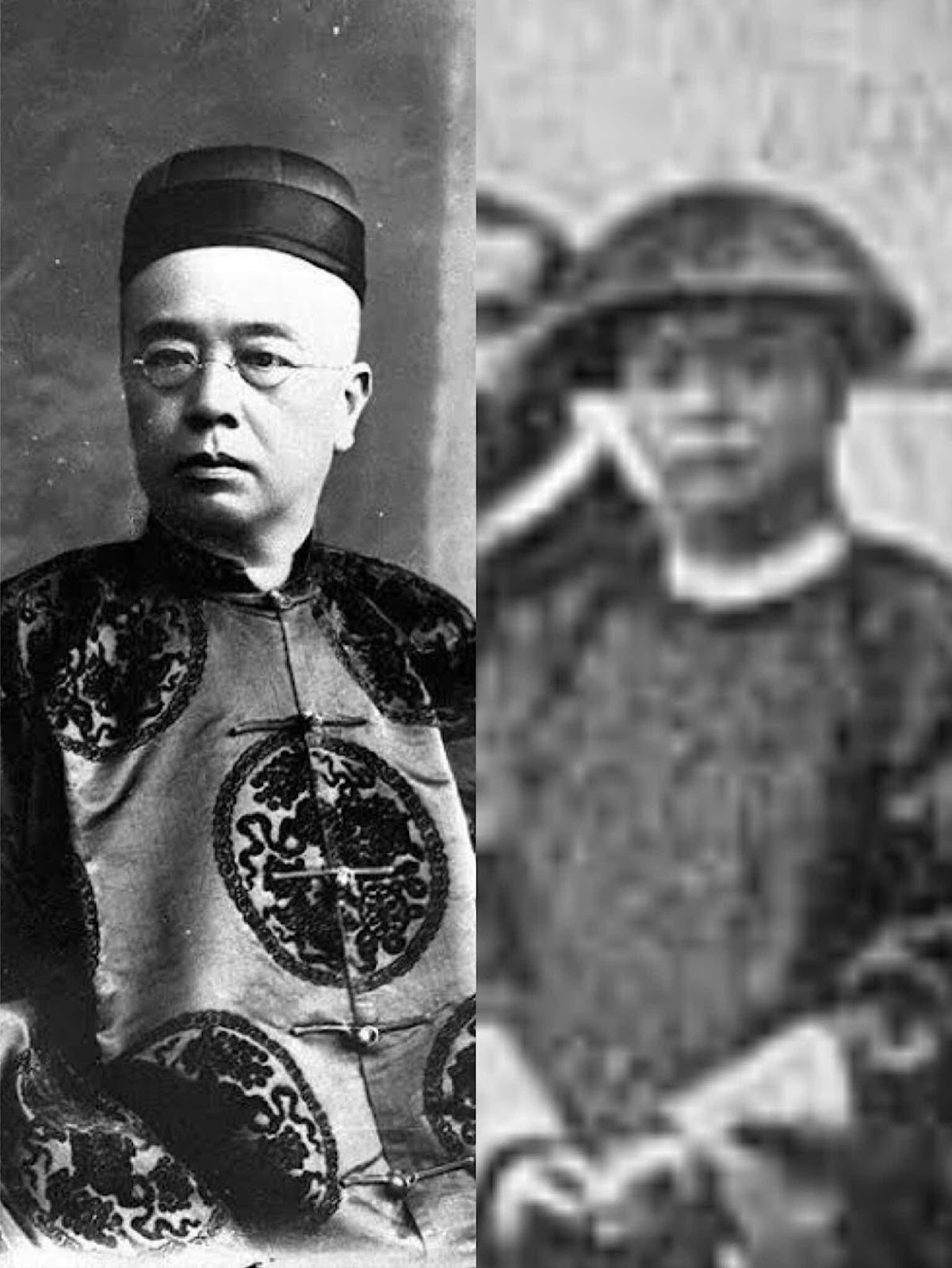 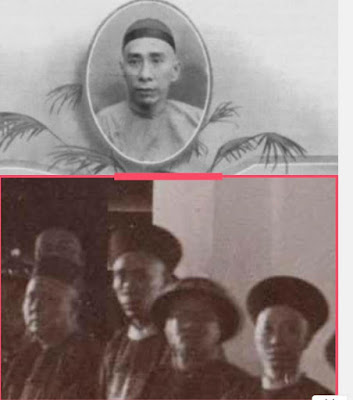 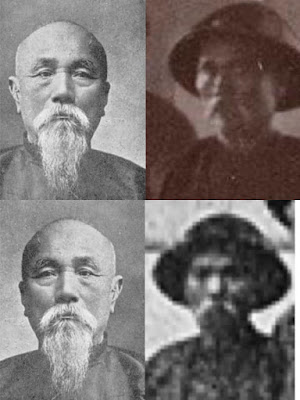 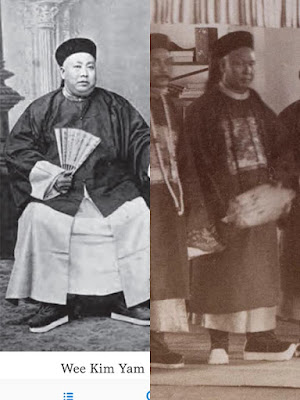 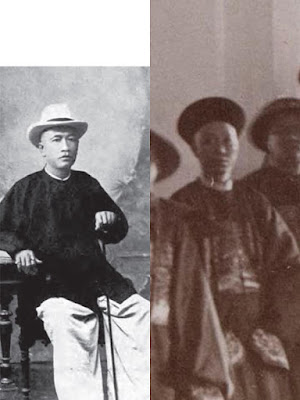 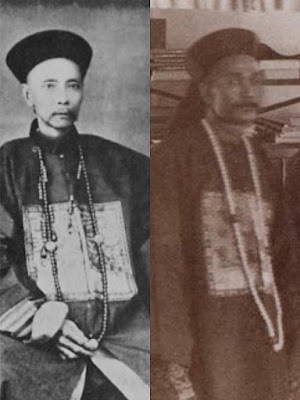 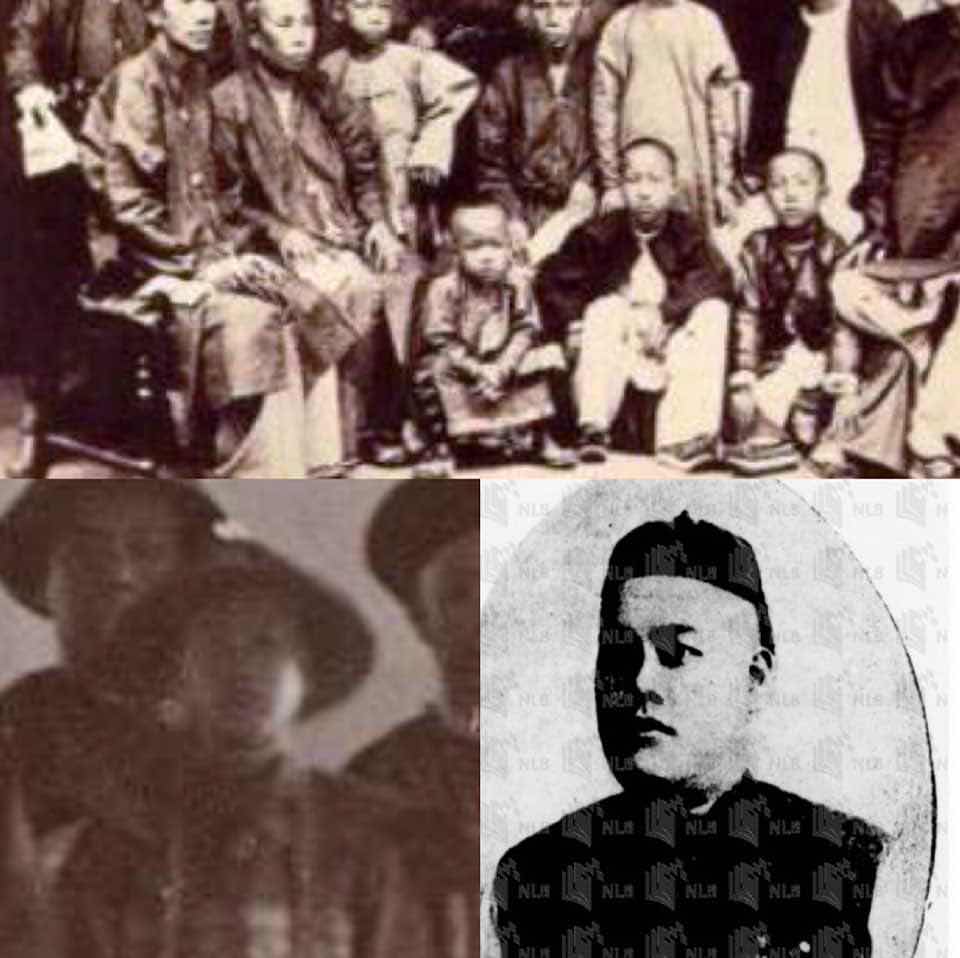 As a teenager, he was listed in Lat Pau but last among names mentioned. He should be the little boy squatting on the left based on his sister age difference and the youngest wearing Qing attire in pic
Portraits