on May 24, 2020
A quest by Lim Soonhoe to find his ancestors led him to search exhumation records and the final burial place at CCK cemetery : 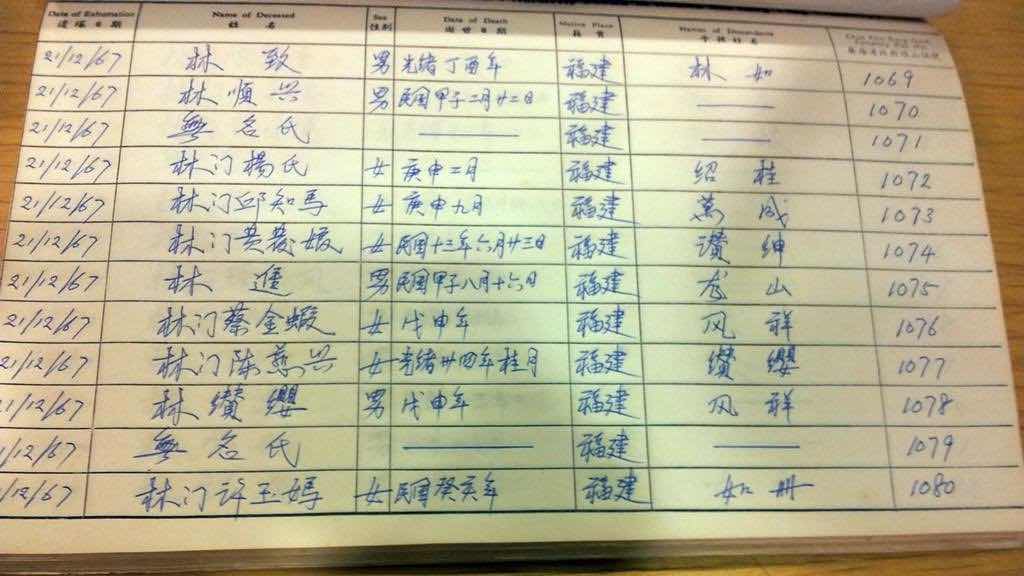 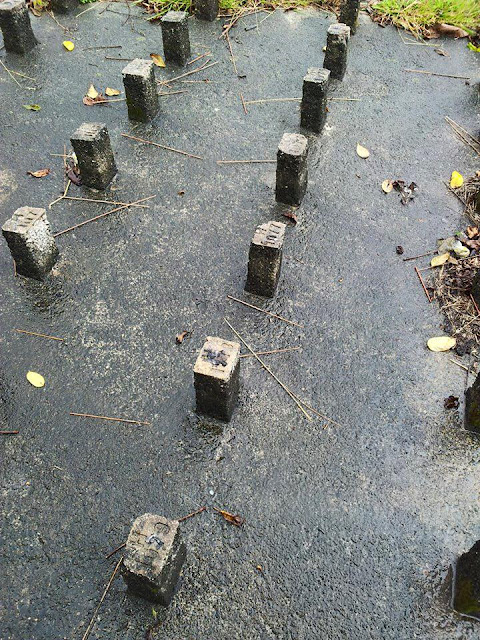 The Straits Times, 19 May 1910, Page 6
Funeral
The remains of the late Tan Poh Neo, mother of Mr Lim Chan Eng, and grandmother of Mr Lim Hong Siang, will be removed from No 13 Stanley Street, on Tuesday May 24 at 11.30 am sharp to Teong Say Lim Cemetery for interment 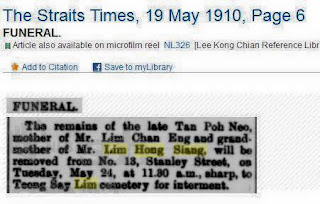 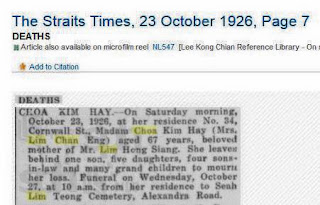 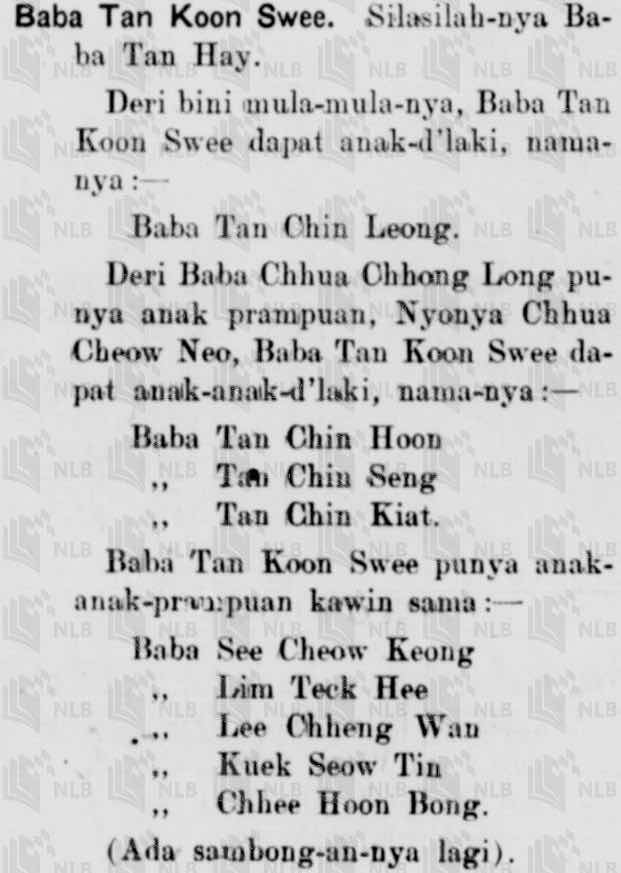 Tan Poh Neo was the daughter of Tan Koon Swee