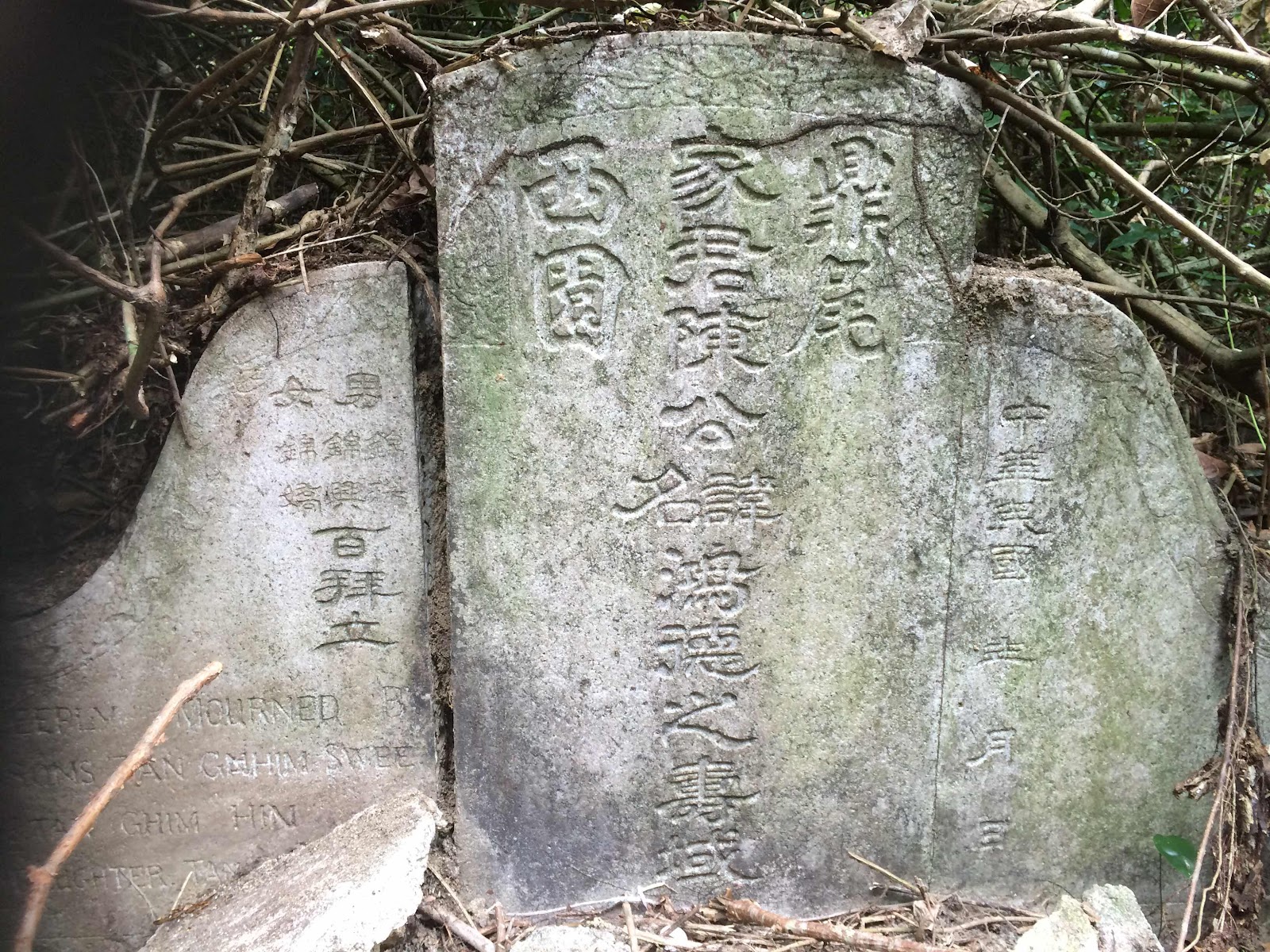 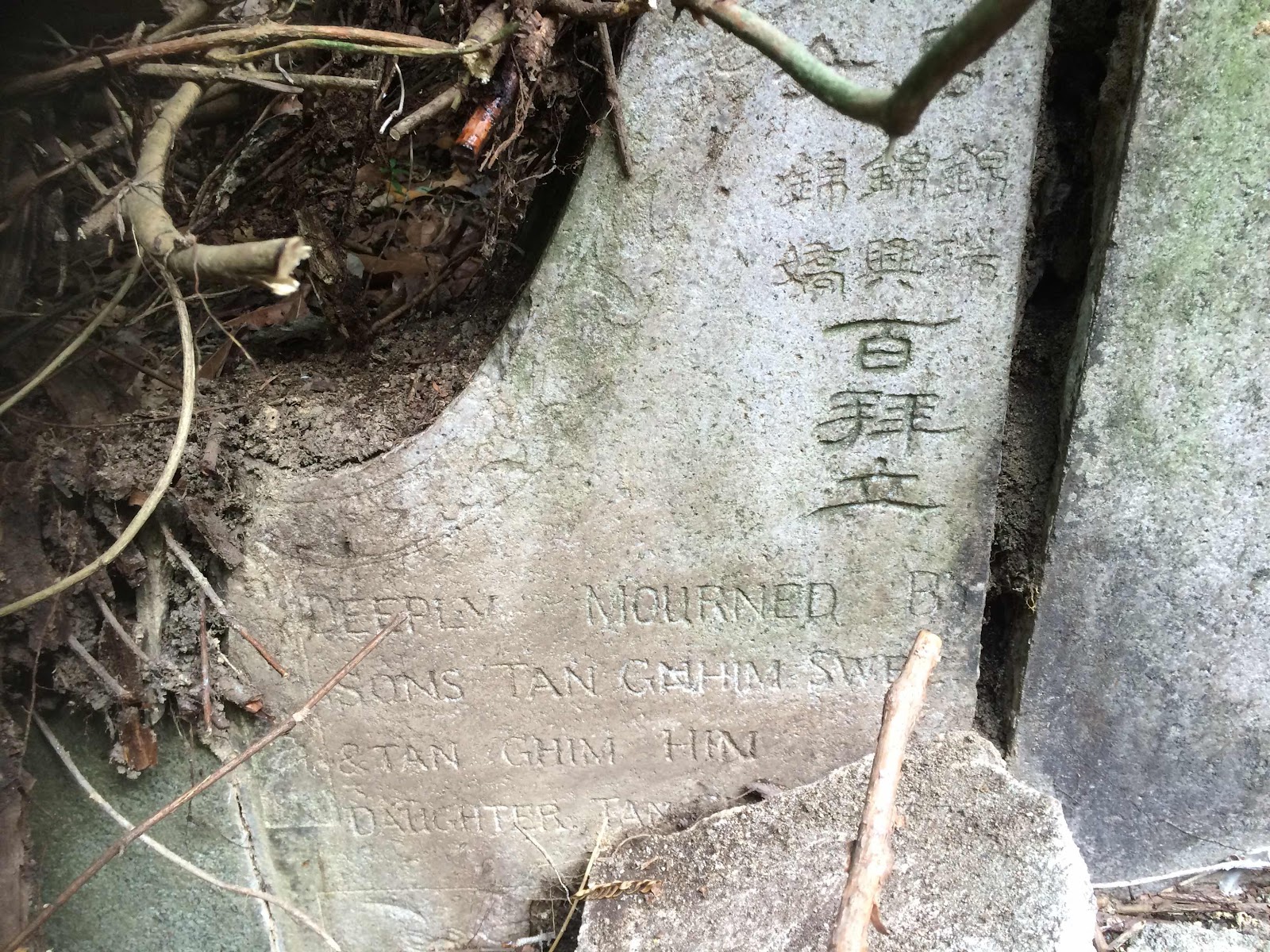 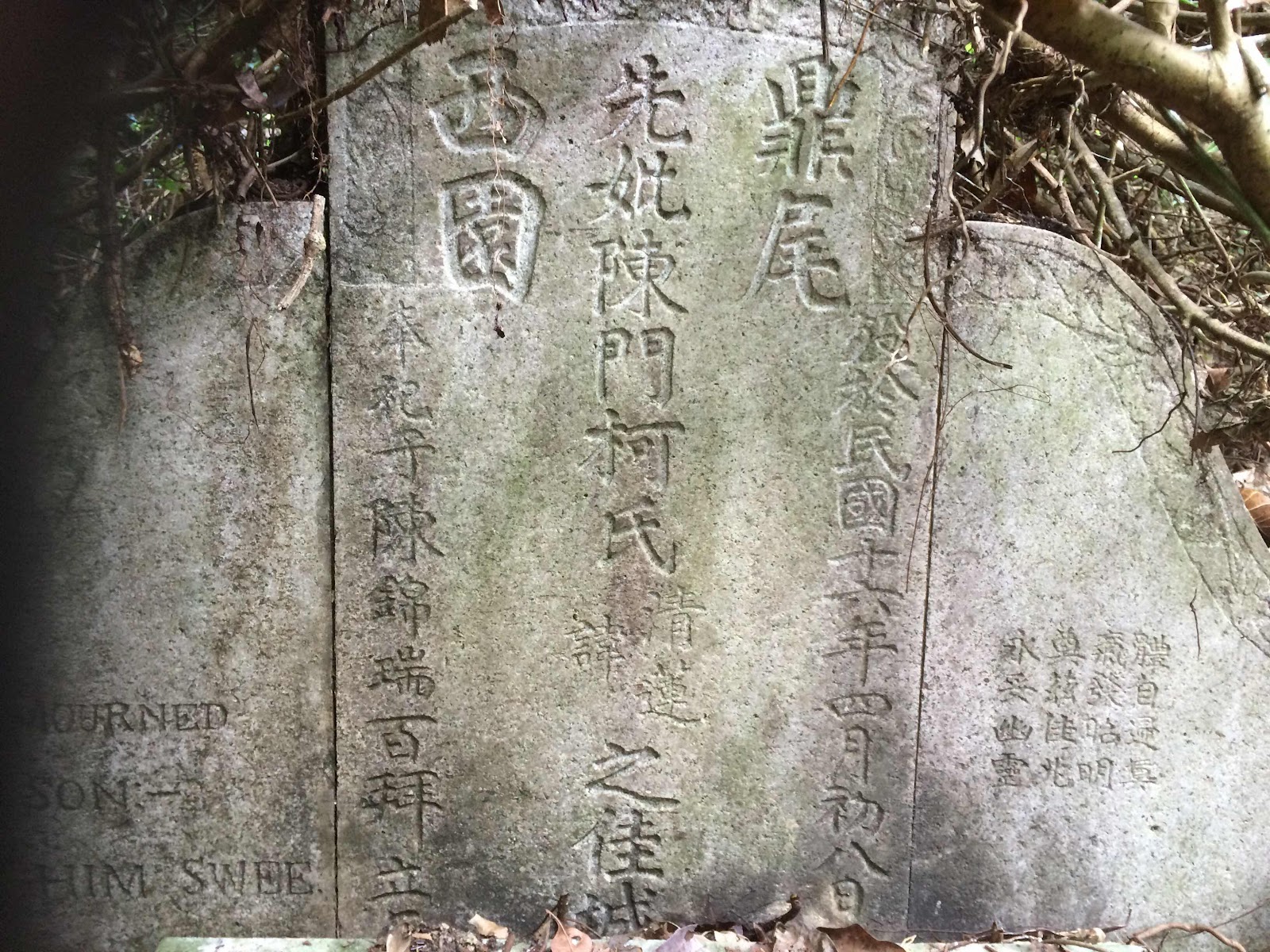 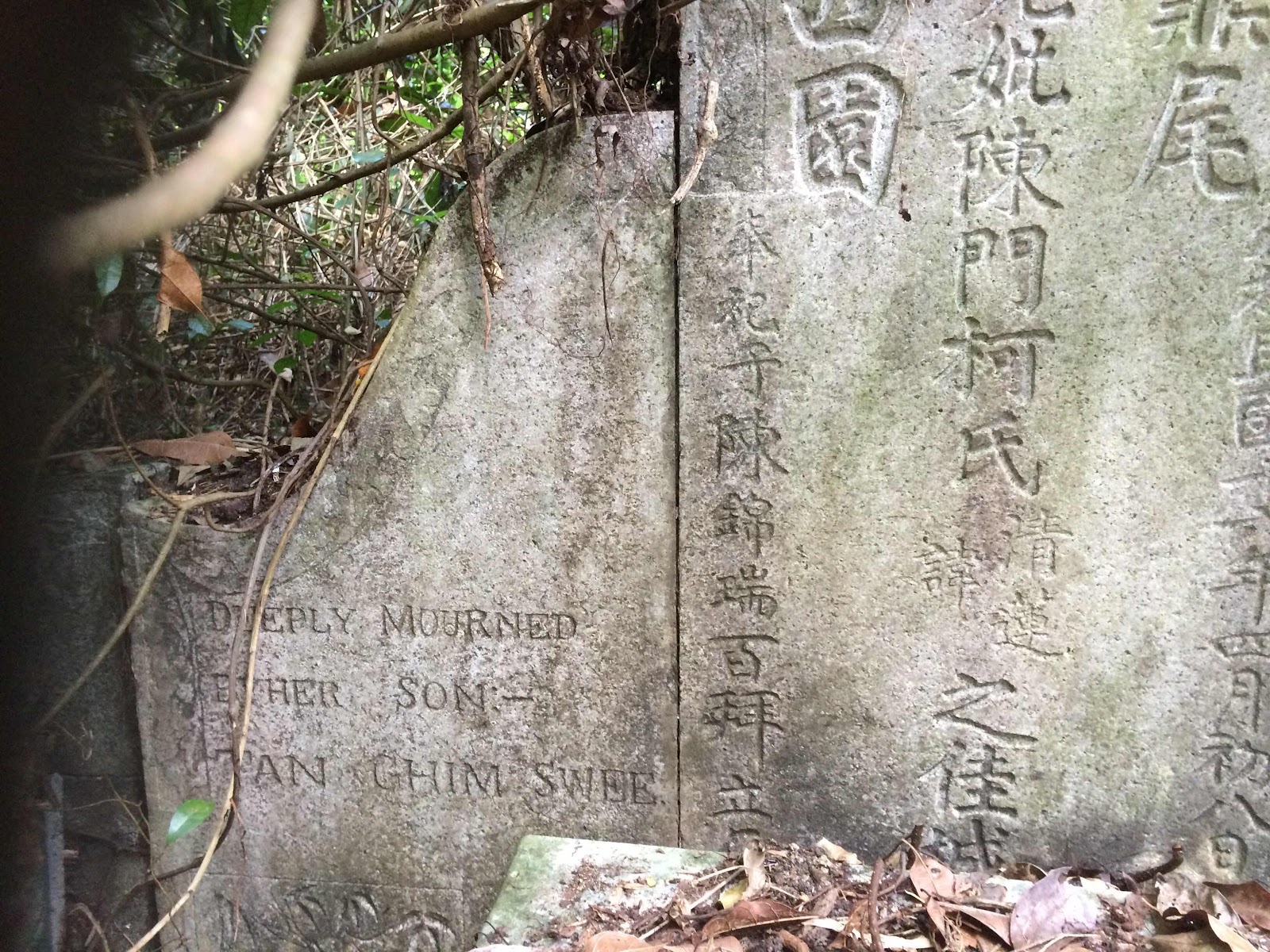 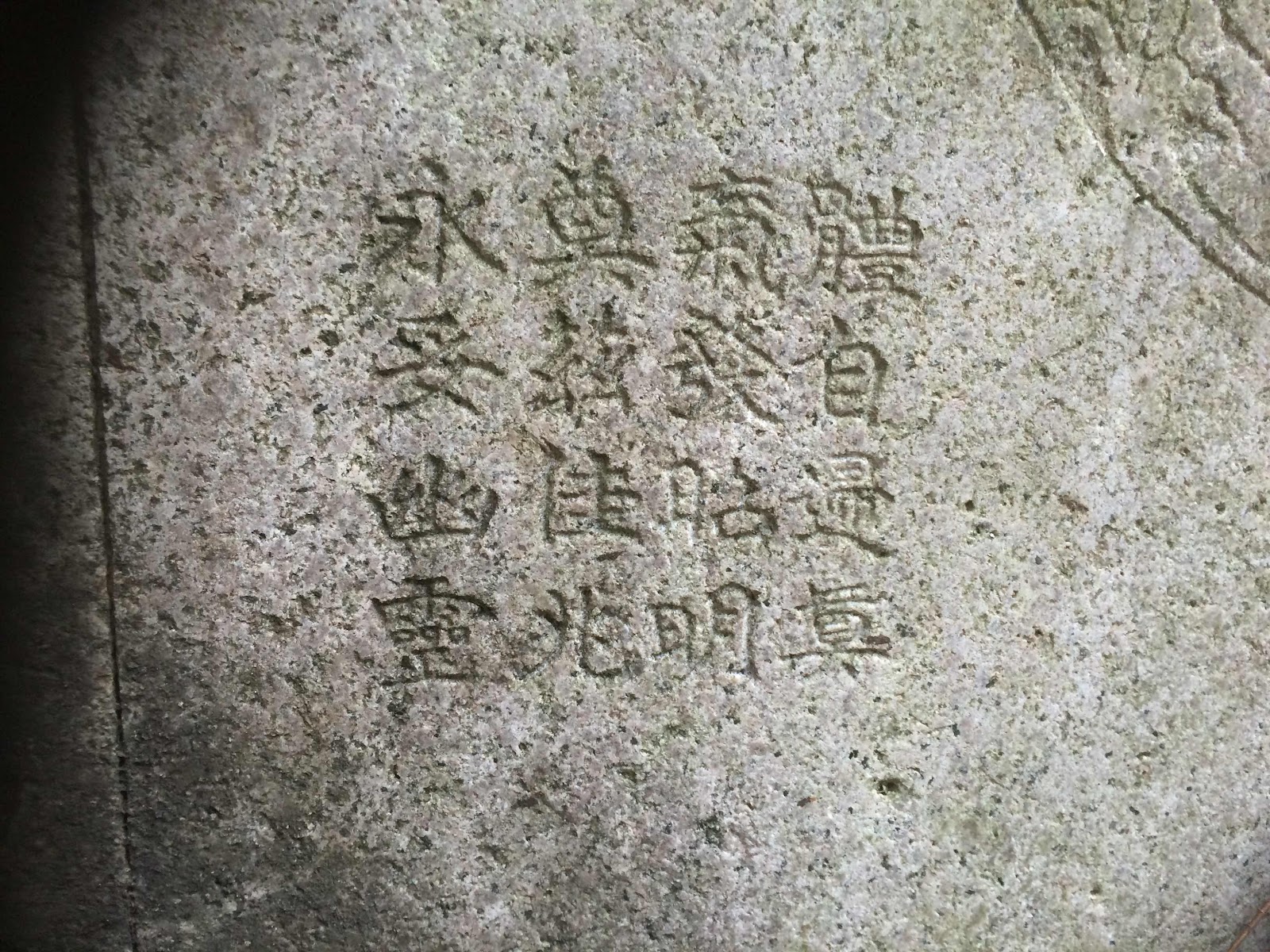 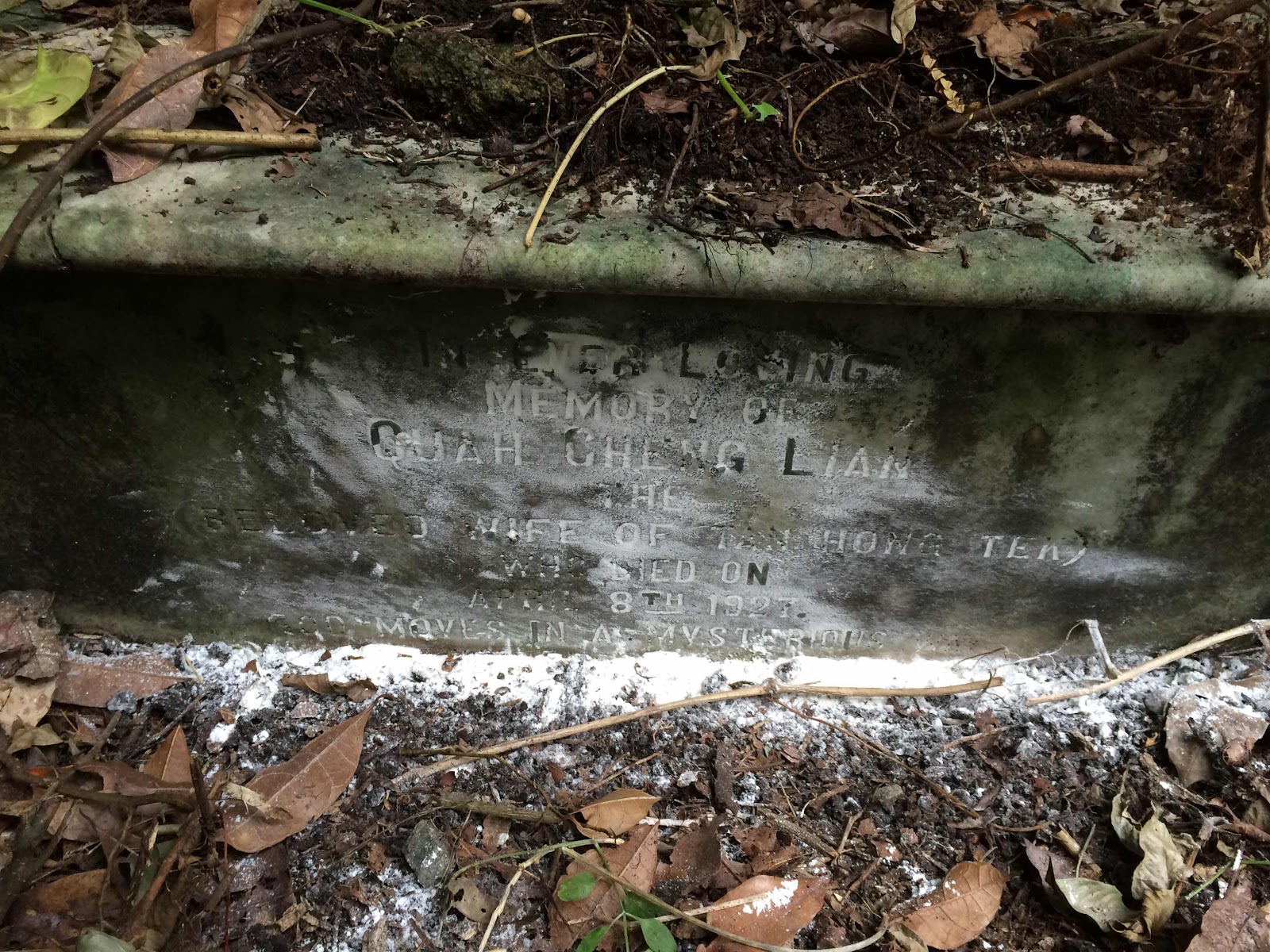 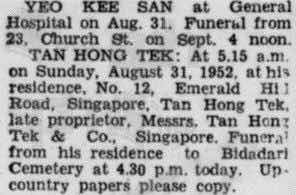 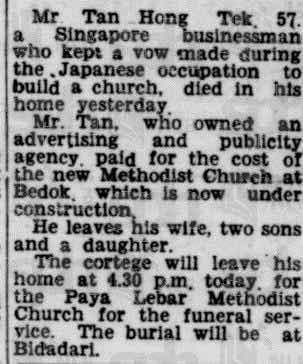 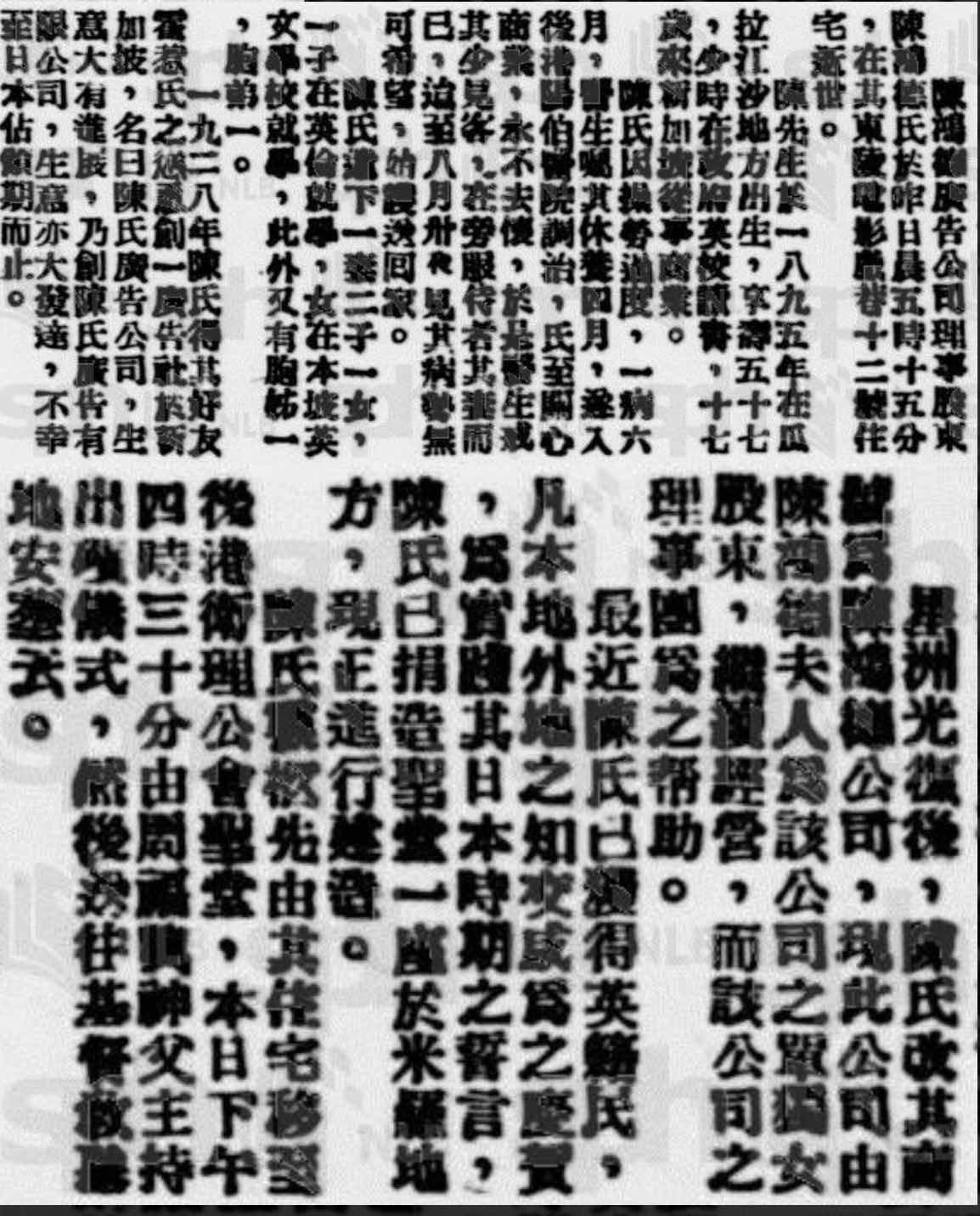 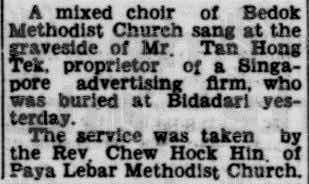 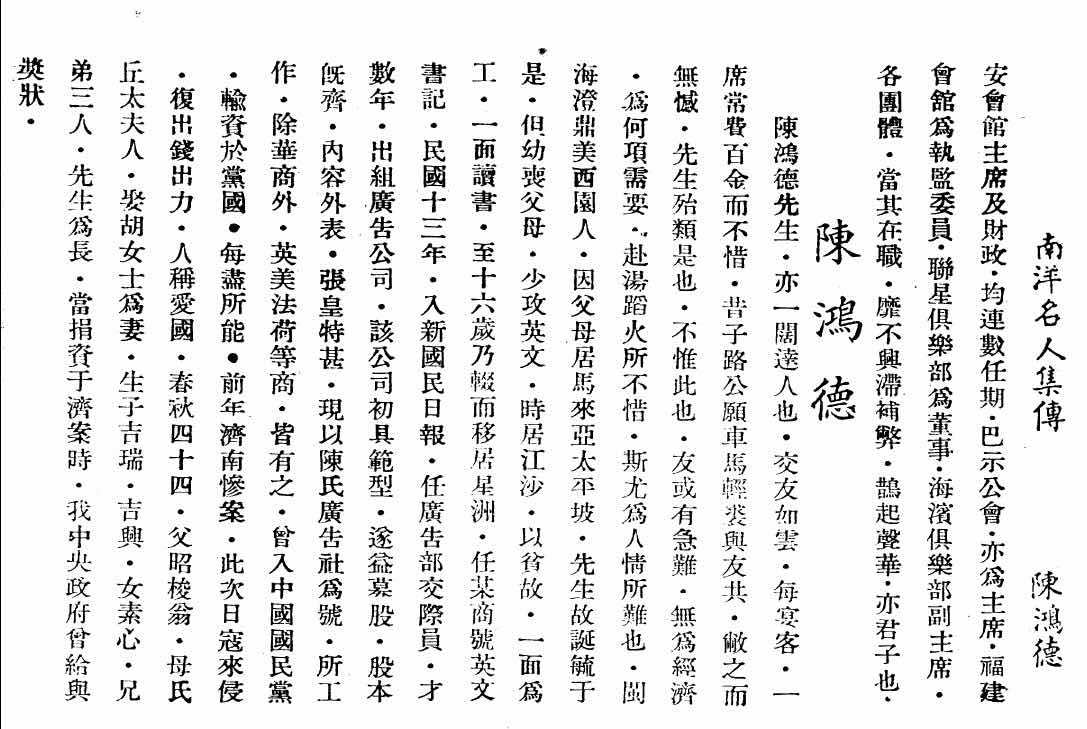 The tomb epitaph : God moves in a mysterious way. Tan Hong Tek first wife died at a tender age of 18. Although the sons inscribed only has the last name corresponding to his known sons Kiat Swee and Kiat Hin, (here it is inscribed Ghim Swee and Ghim Hin), because of the Chinese poem with the Christian angle, and the phrase God moves in a mysterious way and the fact that he has the exact same name in Chinese and English, same ancestral village from the Chinese archives and the ancestral village was described to the village level , I am pretty sure (I may still be wrong) the husband who built this tomb for his wife was Tan Hong Tek who made a vow to build a church during the Japanese occupation, fulfilled his vow and paid for the cost of the Methodist Church at Bedok. He was finally buried in Bidadari