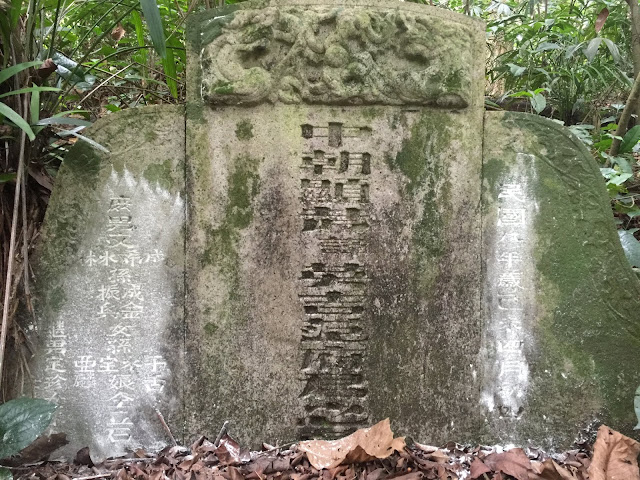 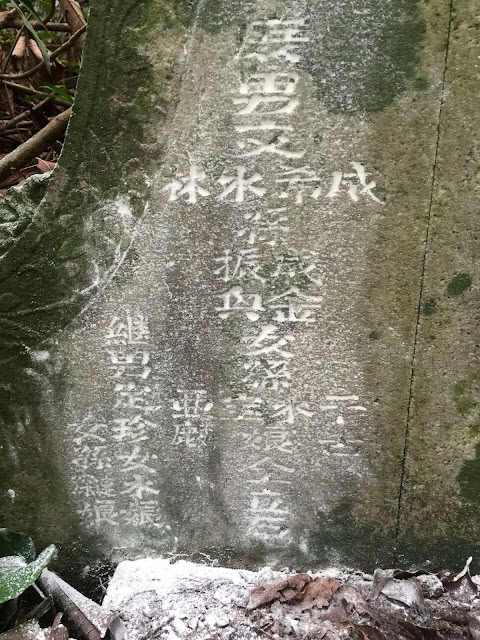 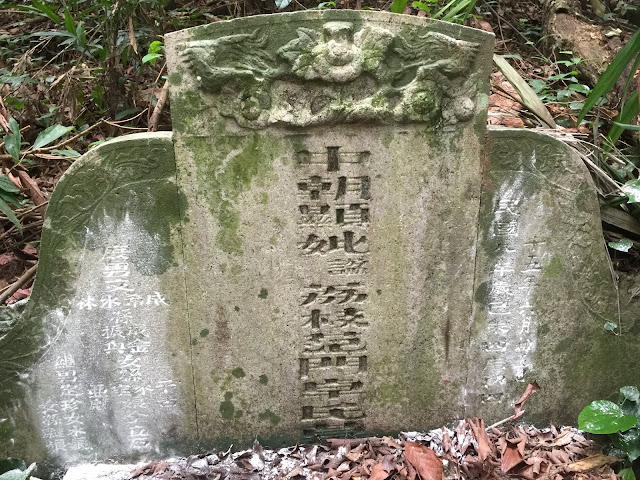 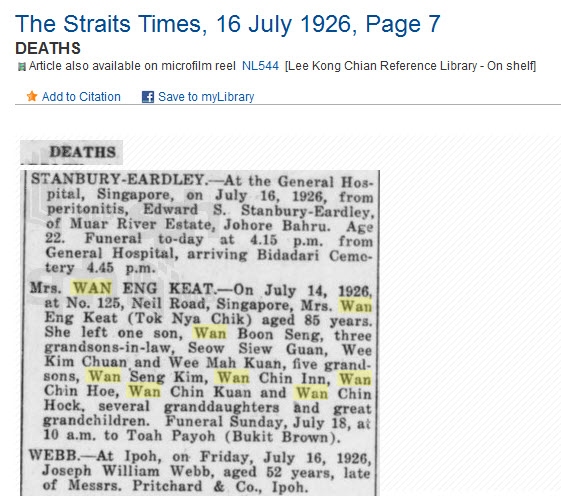 Among the Malacca lads who ventured to Singapore in 1851 to seek Dame Fortune’s favour was Wan Eng Kiat, then 17 years of age. For a little time he worked as a watchmaker, and then entered the service of Messrs Martin Dyce & Co. At the age of 24, he married Toh Nya Chik, who is still living. Mr Wan Eng Kiat, after his marriage, worked with Messrs Puttfarcken, Rheiner & Co and later with Messrs Puttfarcken & Co as storekeeper, retiring at the age of 68. He was a shrewd and careful investor in house properties, which at his death at the advanced age of 85, on 3rd May 1919, were worth half a million dollars. 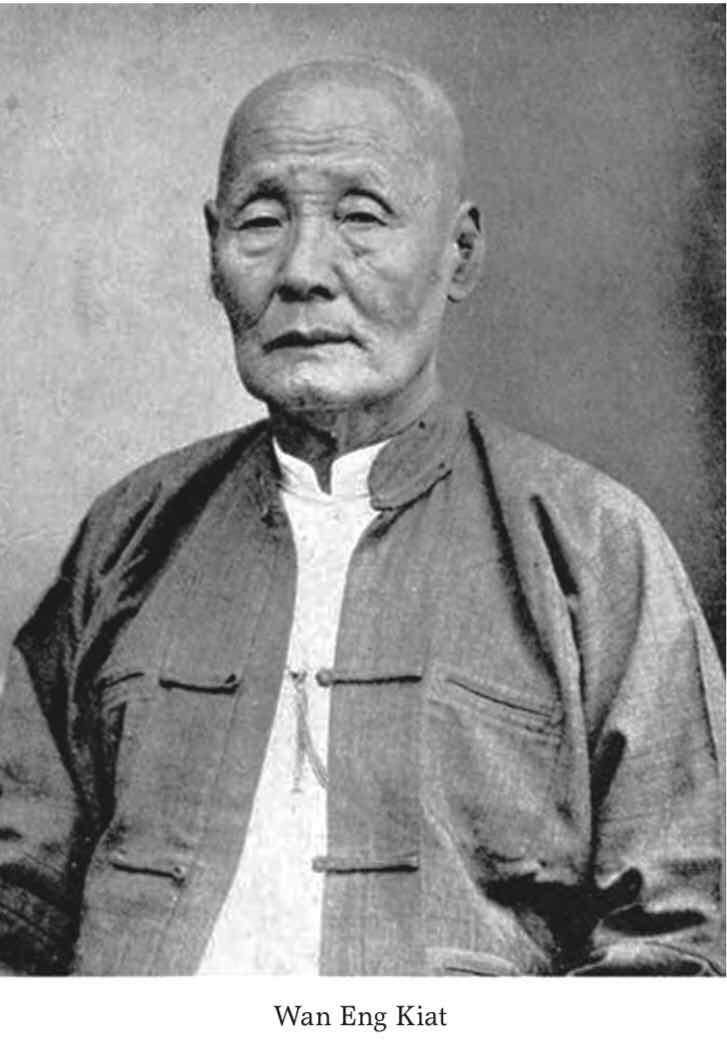 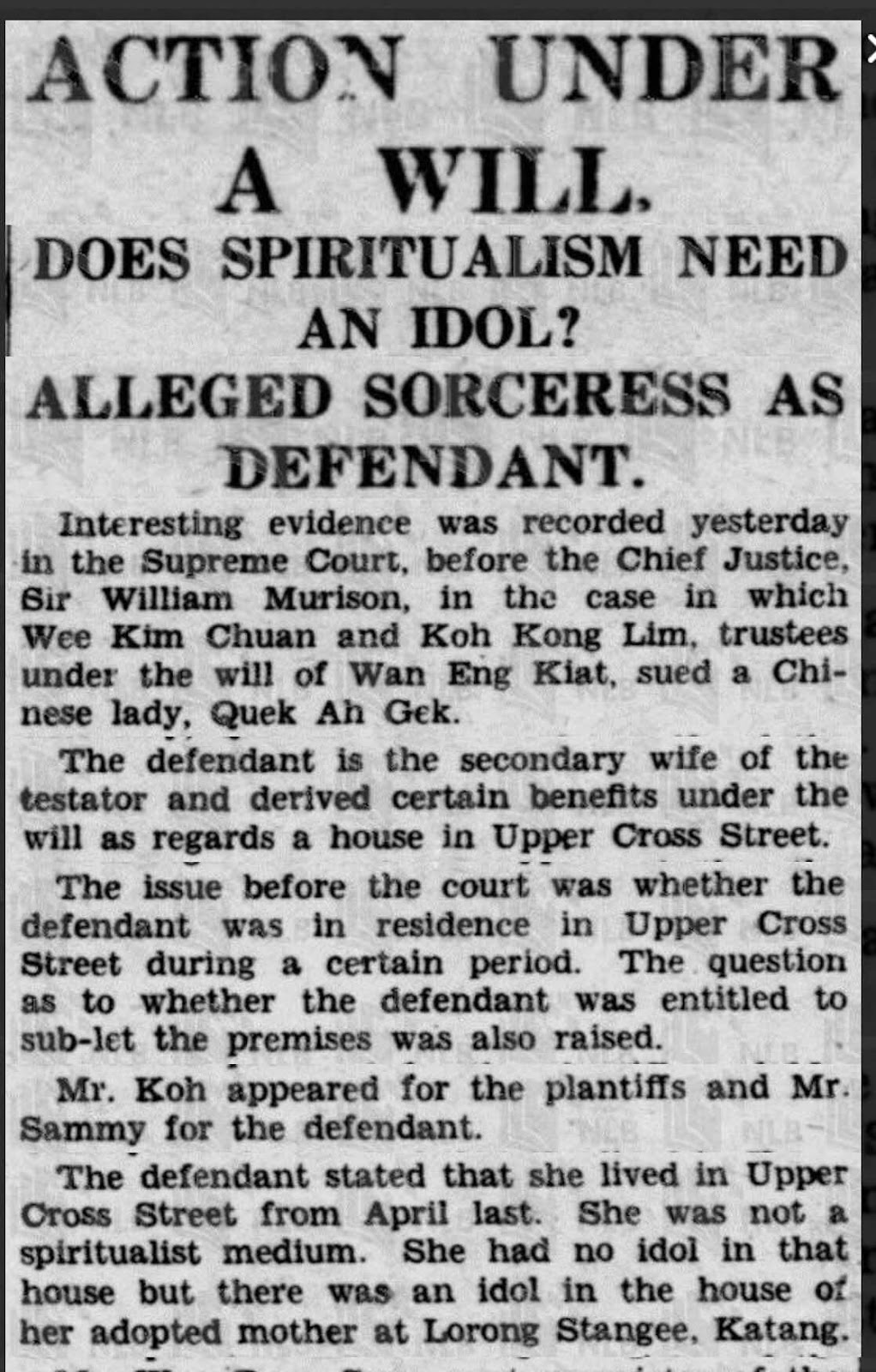 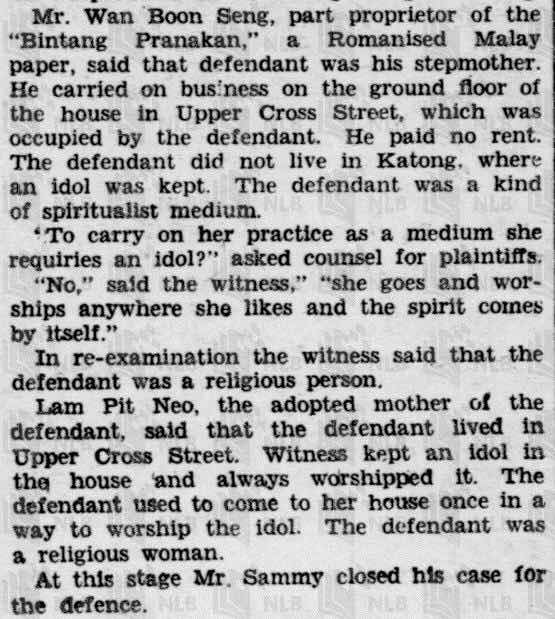 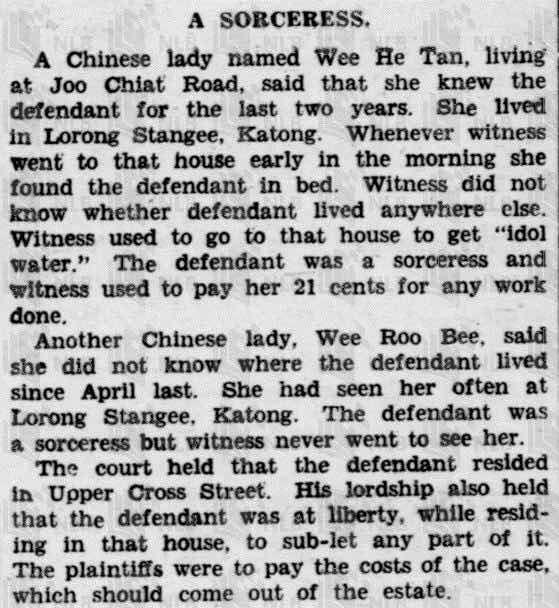 Wan Boon Seng, part proprietor of the Bintang Prankan, a Romanised Malay paper, said that defendant (Quek Ah Gek) was his stepmother.   Wee Kim Chuan and Koh Kong Lim were trustees under the will of Wan Eng Kiat.

14 Upper Cross Street is the address of the publishers of "Bintang Pranakan", of which Wan Boon Seng was proprietor. The first issue was published on Oct 1930 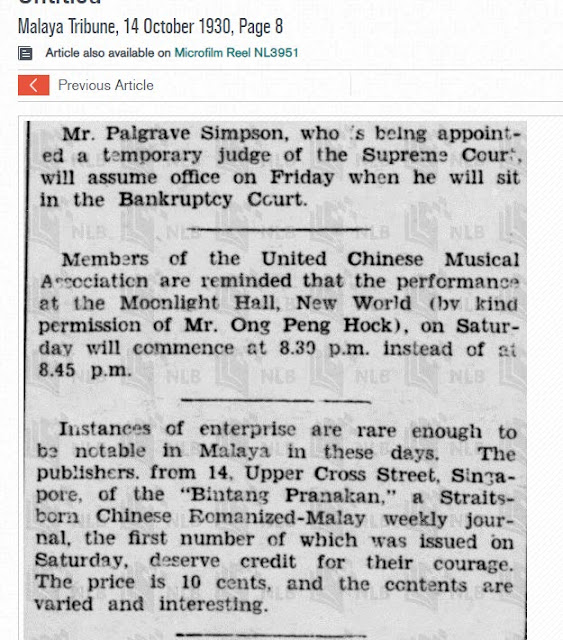 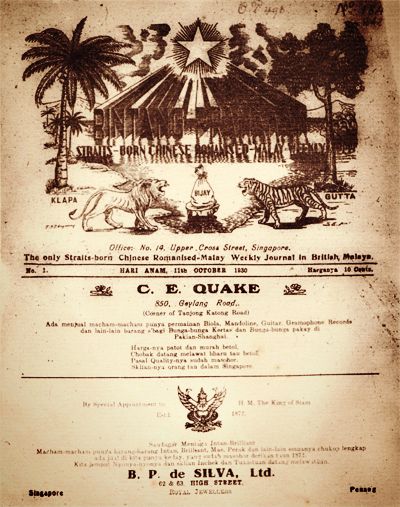 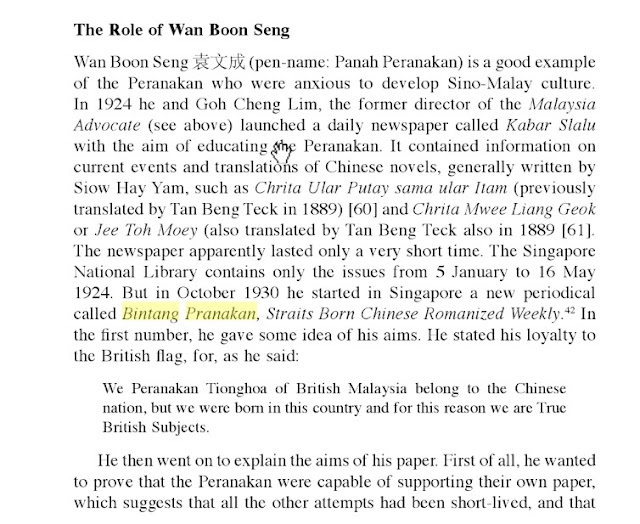 
It is interesting to note that his Chinese surname has been translated wrongly as Yuan as early as 1961 by the famous Malay studies scholar Mei Jing 梅井, 4 years after Boon Seng passed away in 1957.  Surname is also not correct here as in Claudine Salmon’s book Literary Migrations : Traditional Chinese Fiction in Asia 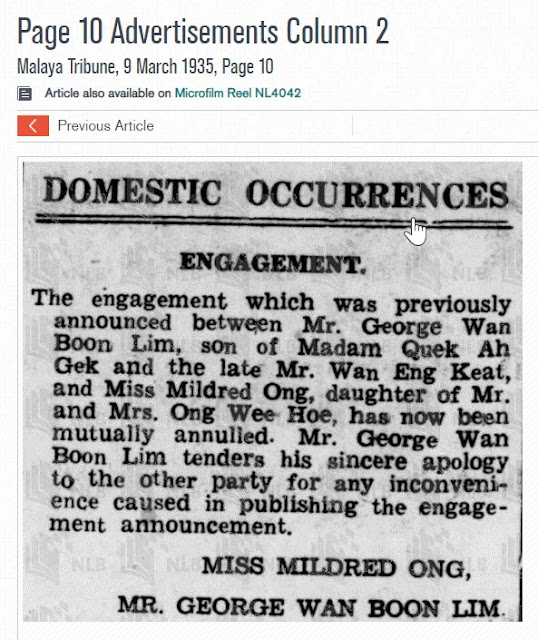 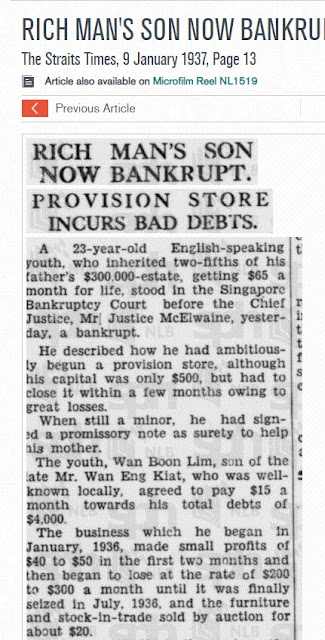 Because of 庻男 indicated on the wife Tok Nya Chik tomb,  one would surmise that there is another wife besides Quek Ah Gek whose son was Wan Boon Lim.  The English name of Wan Boon Hee and Wan Boon Seng tally in the 1884 tomb of Mrs Wan (Mdm Wee)