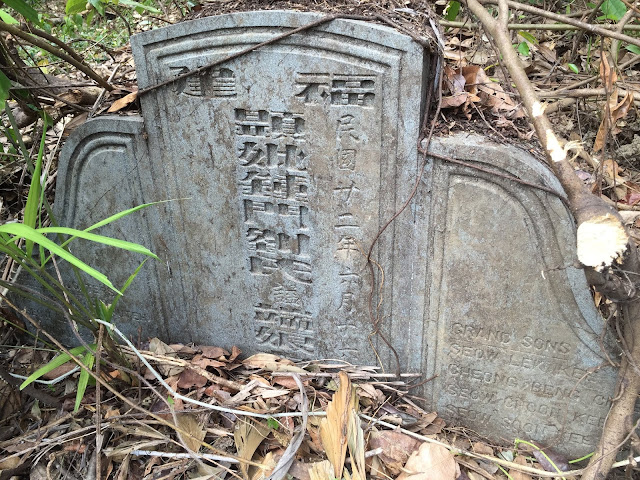 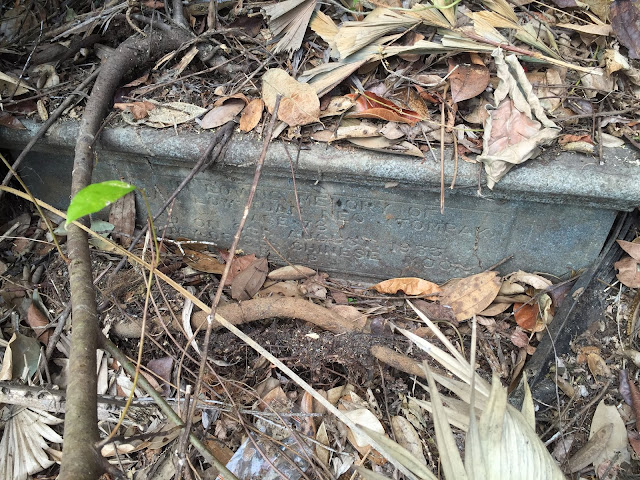 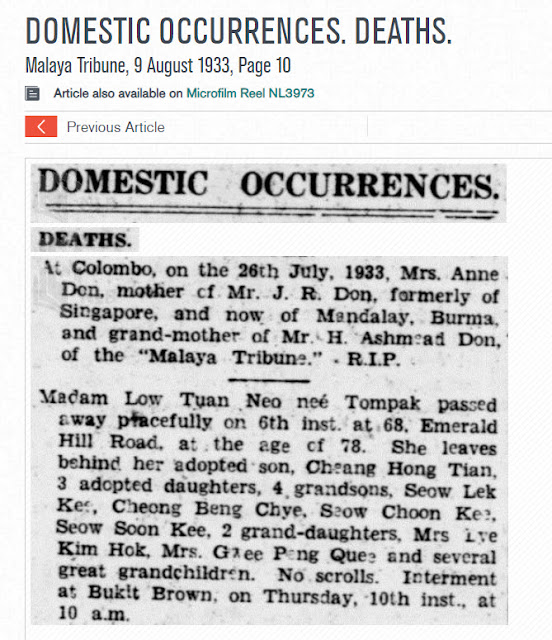 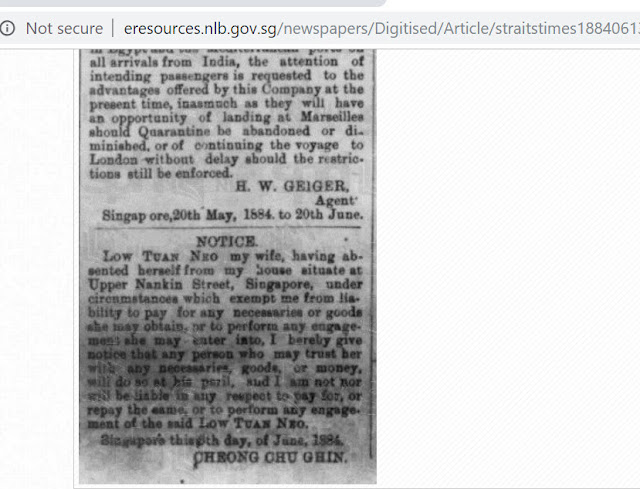 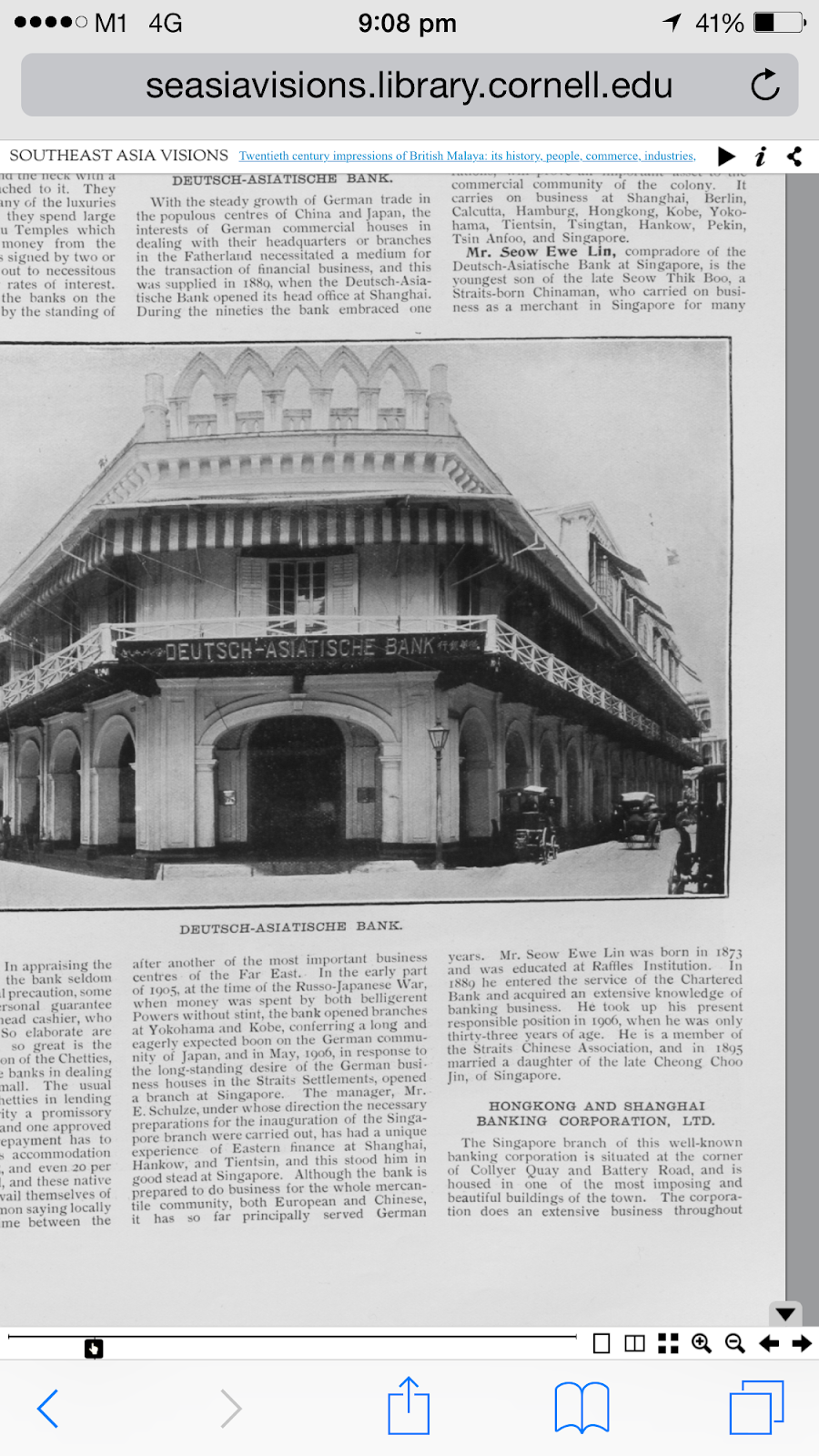 Mr Seow Ewe Lin, compradore of the Deutsch Asiatische Bank at Singapore is
the youngest son of the late Seow Thik Boo, a  Straits born Chinaman, who carried on
business as a merchant in Singapore for many years.

Mr Seow Ewe Lin was born in 1837 and was educated at Raffles Institution. In 1889 he entered the service of the Chartered Bank and acquired an extensive knowledge of banking business.
He took up his present responsible position in 1906 when he was only 33 years of age. He is a member of the Straits Chinese Association and in 1895 he married a daughter of the late Cheong Choo Jin 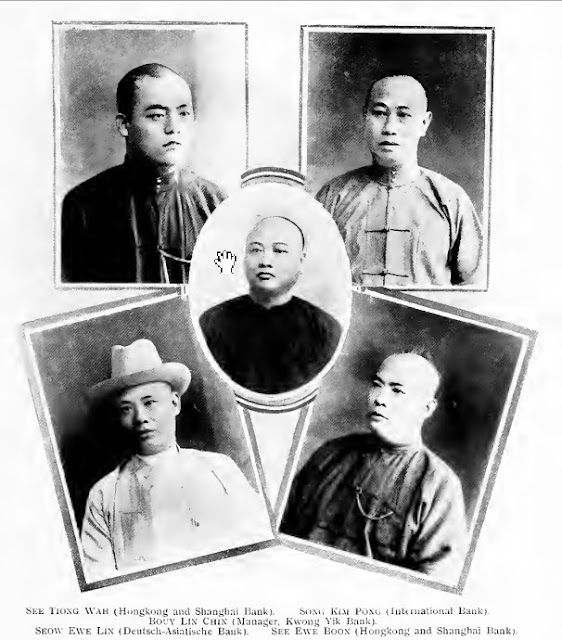 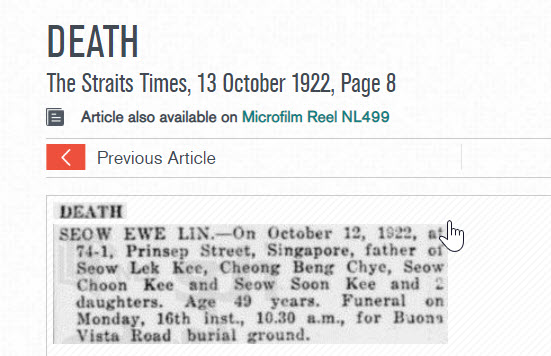 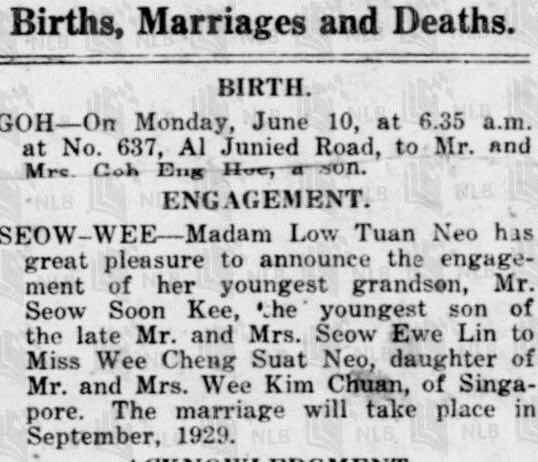 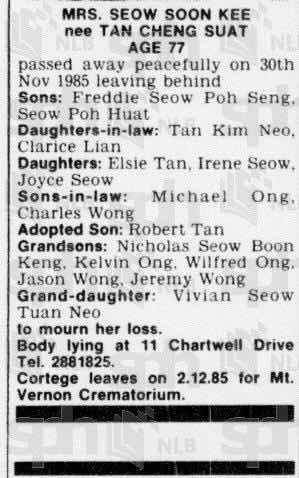