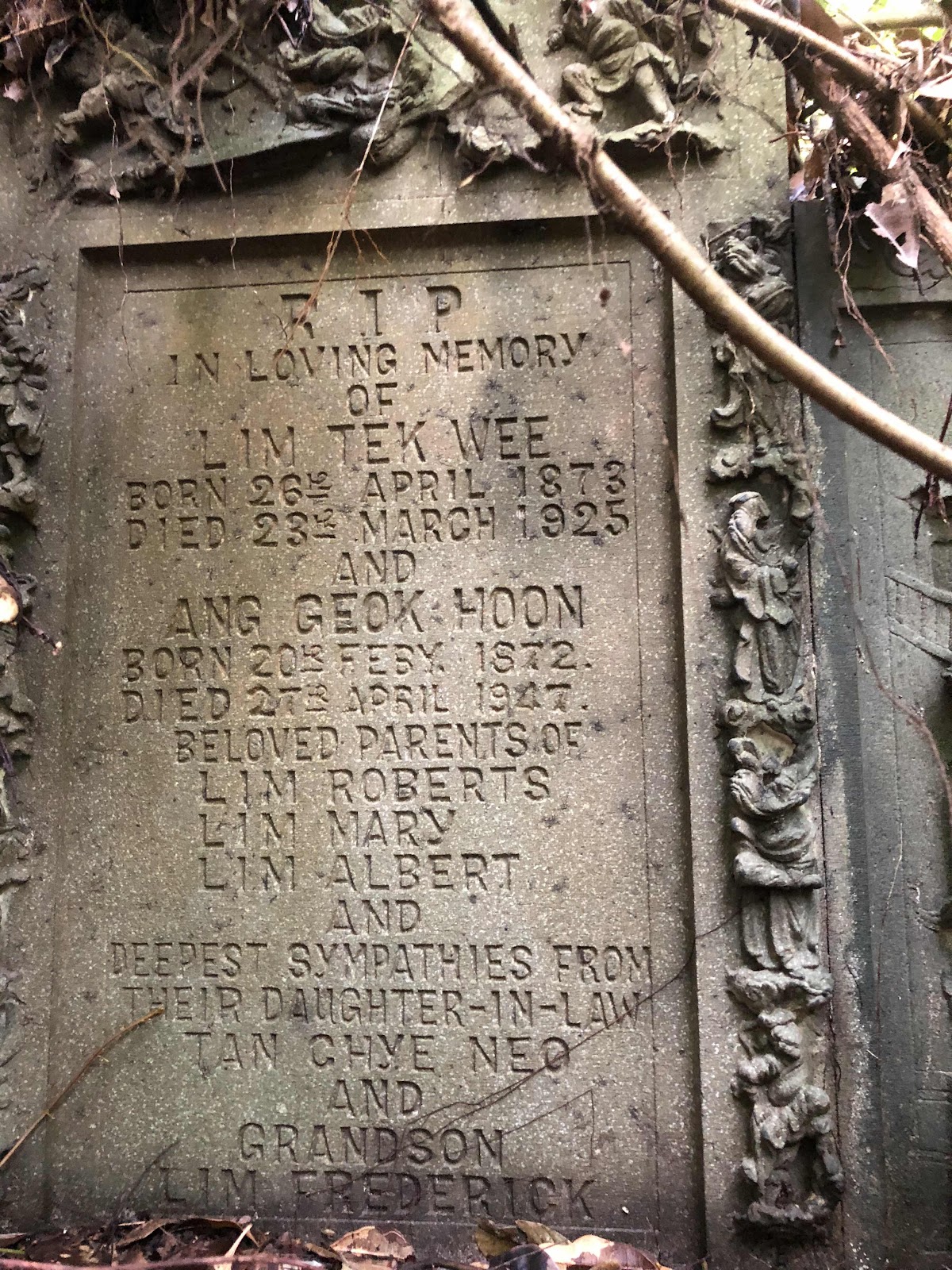 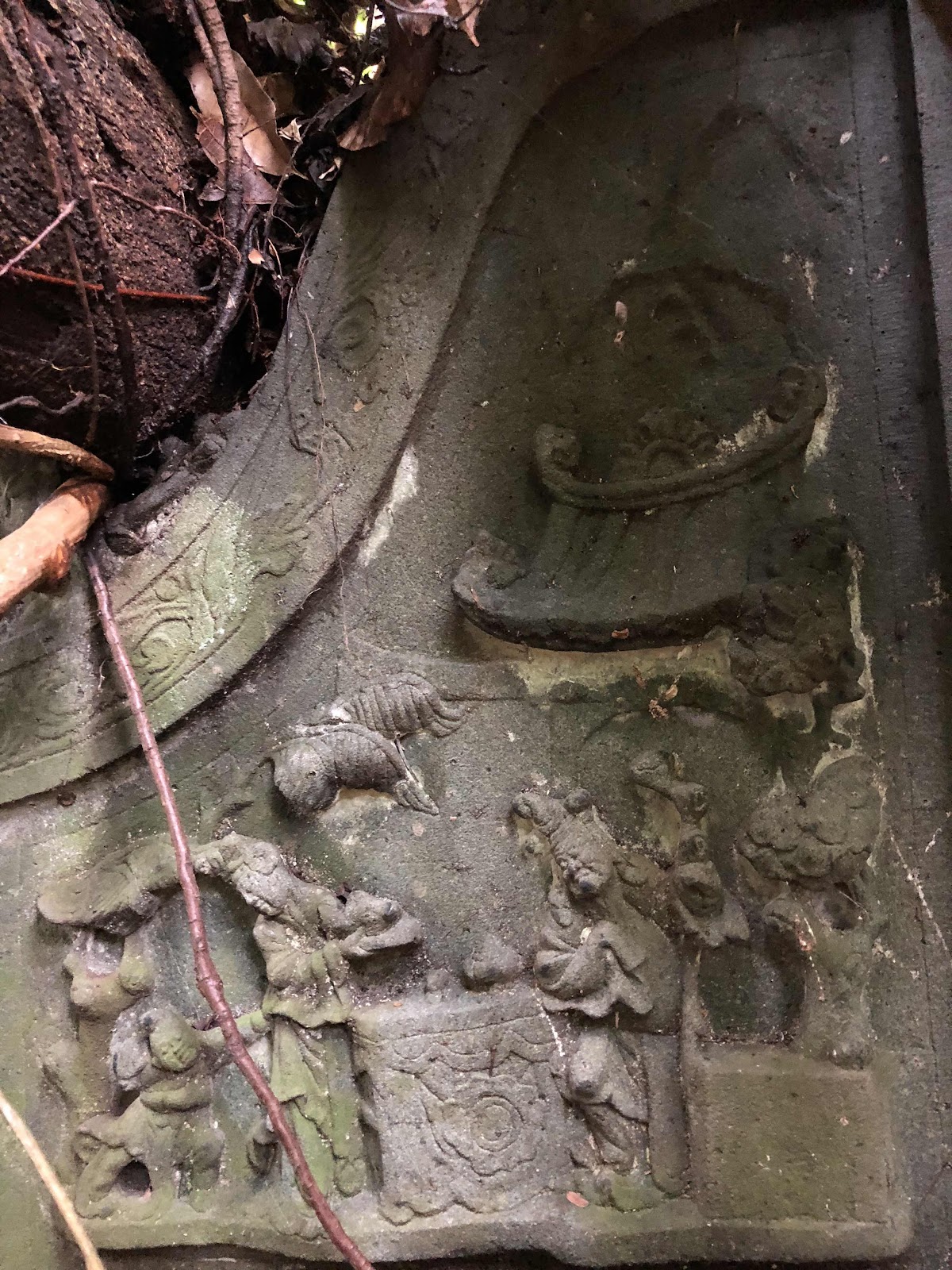 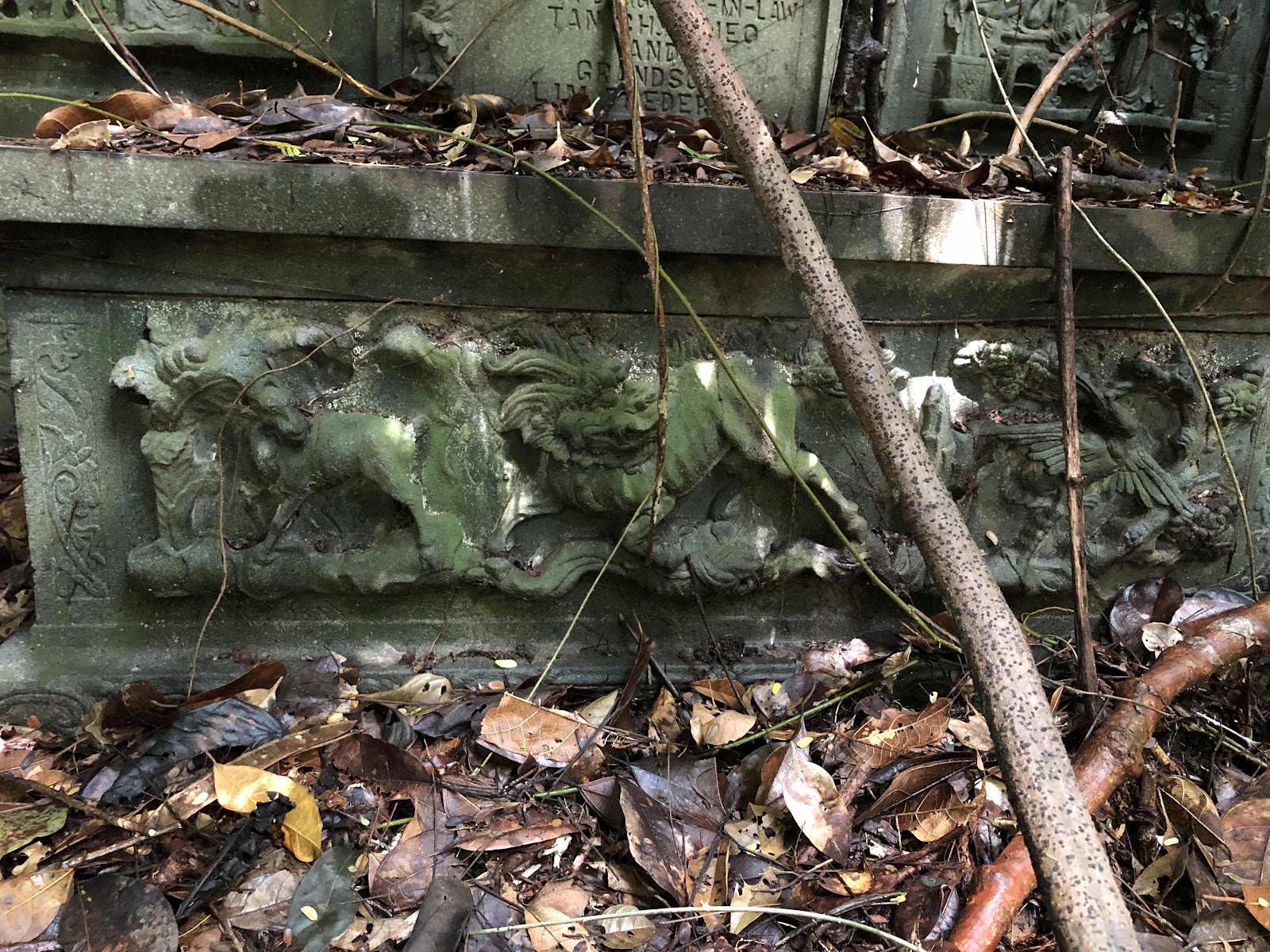 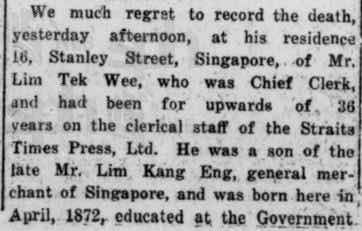 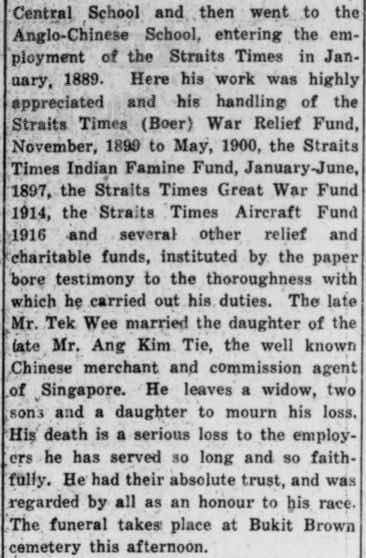 Lim Tek Wee - On Mar 22nd 1925,  at 16 Stanley Street, Singapore
aged 52 years, Lim Tek Wee, son of the late Mr Lim Kang Eng, and for upwards
of 36 years on the clerical staff of the Straits Times Press.
He leaves a widow, two sons and a daughter. 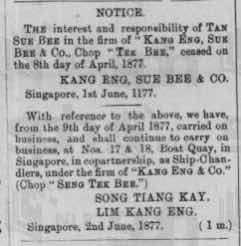 George L Peet reminisced about Lim Tek Wee who worked in ST as a chief clerk for up to 36 years from Jan 1889. During the later years before he died, an hour after coming to work, he would hung his black silk coat around his chair and return home, as if he was still around.