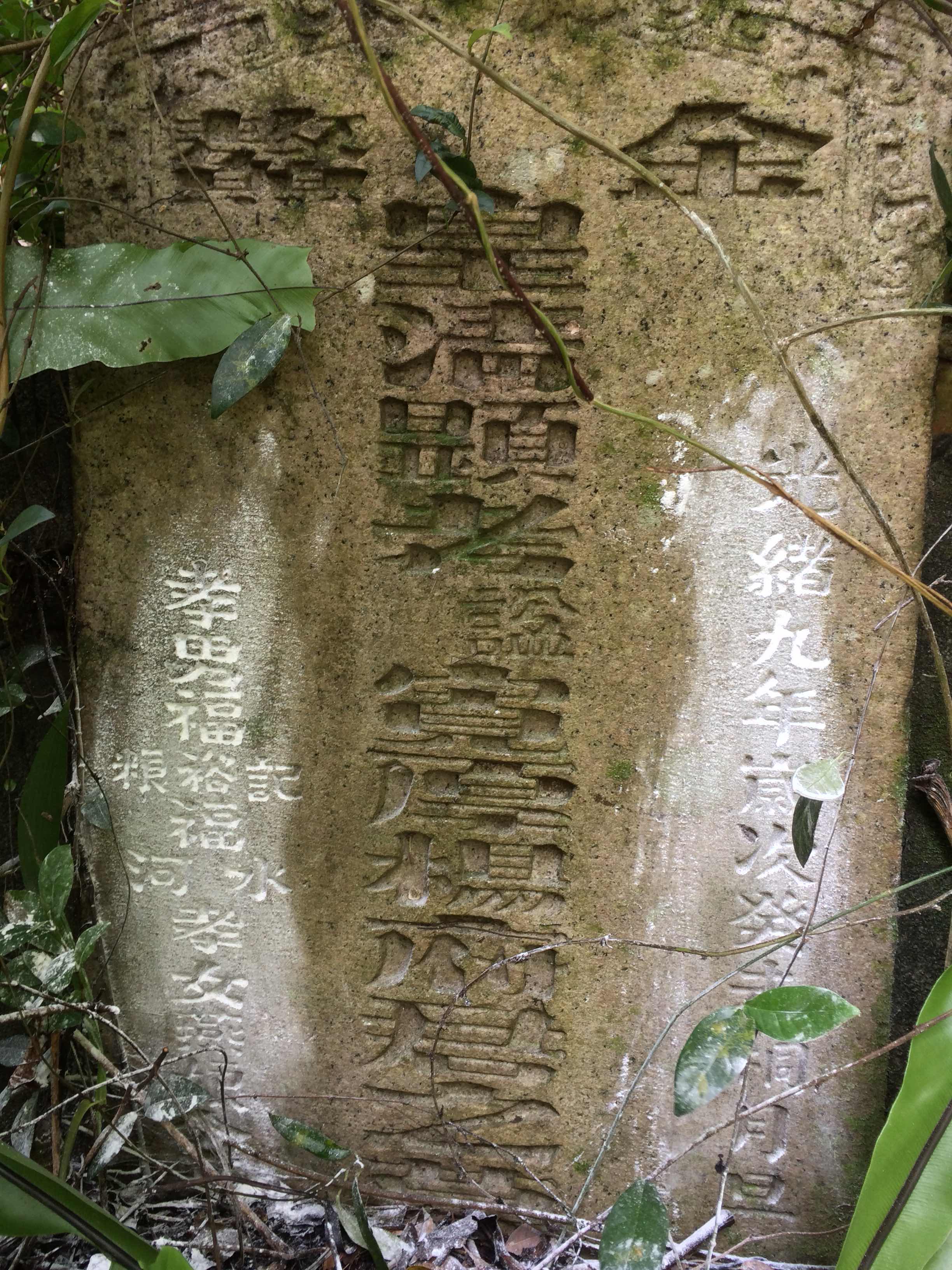 
Tomb relocated from the Yeo burial ground in Telok Blangah. He was Yeo Hood Yew who died in 1883. Of his 6 sons, the most famous was Yeo Hock Hoe who was a trustee of the Yeo Burial ground in 1905. He was also a founding member of Ching Keng Lee & co (Keng Lee Road) before becoming Estate & Trust. With this confirmation of the ancestral village, I noted that there are several located Yeo tombs with same ancestry in BB and will attempt to decipher them soon. 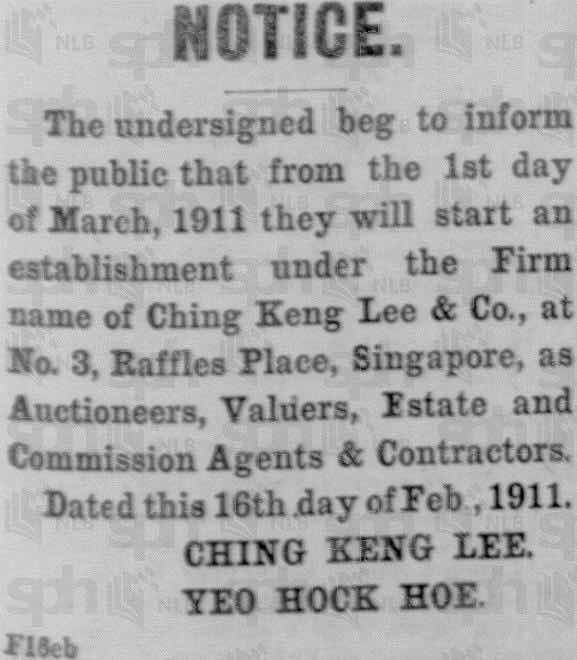 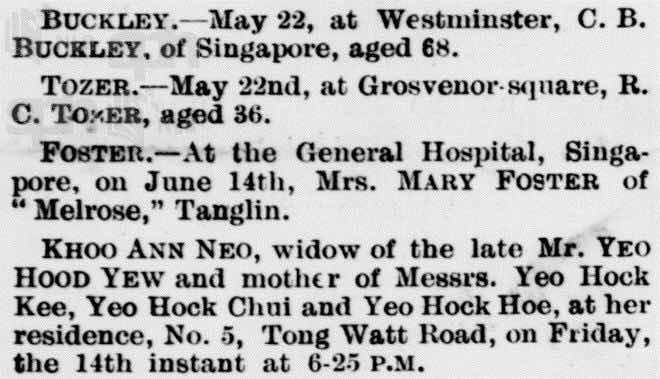 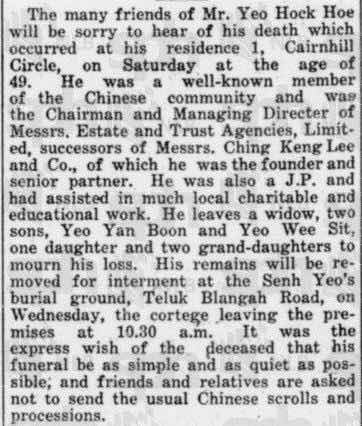 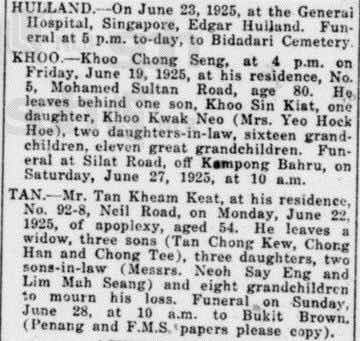