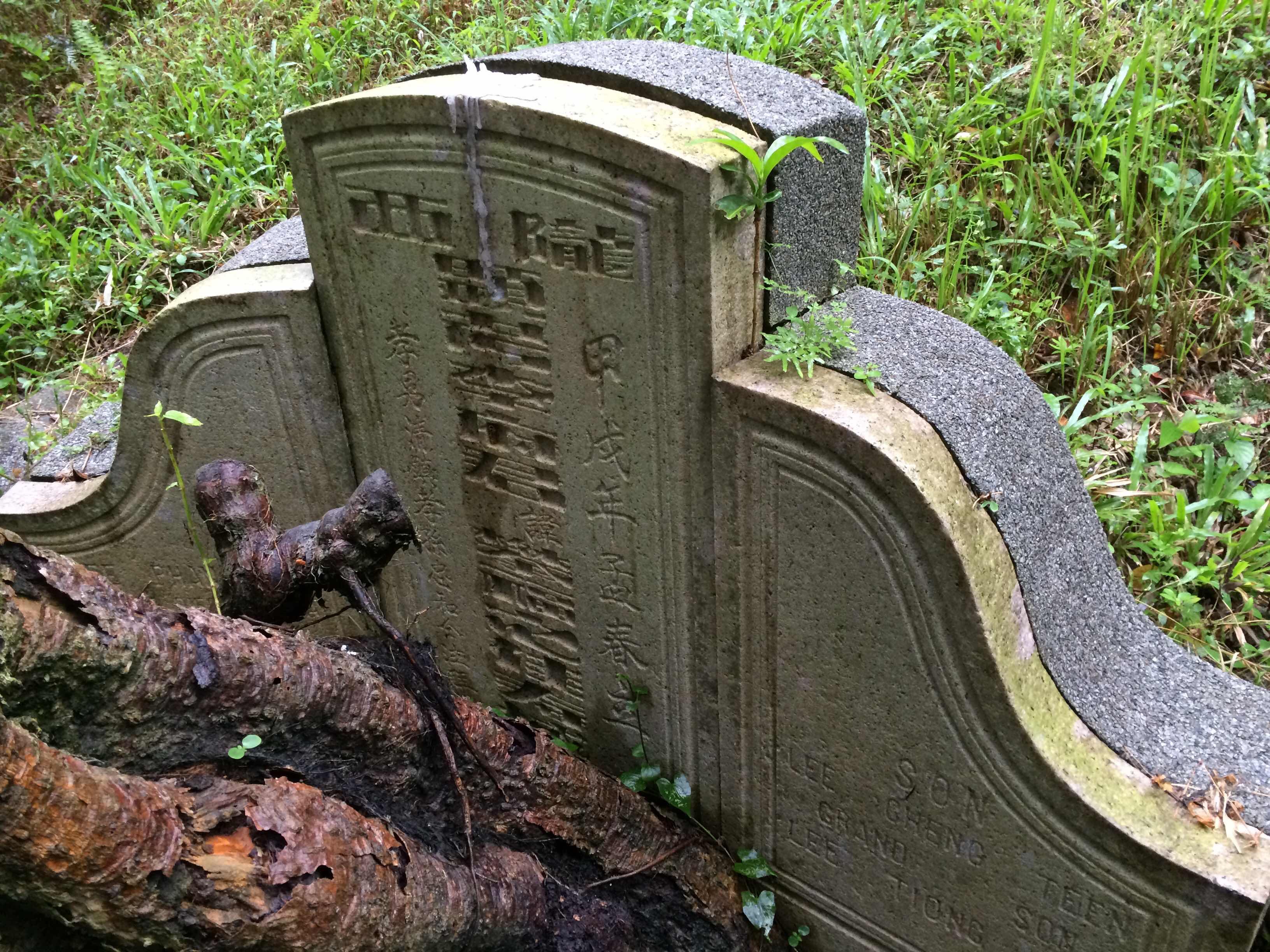 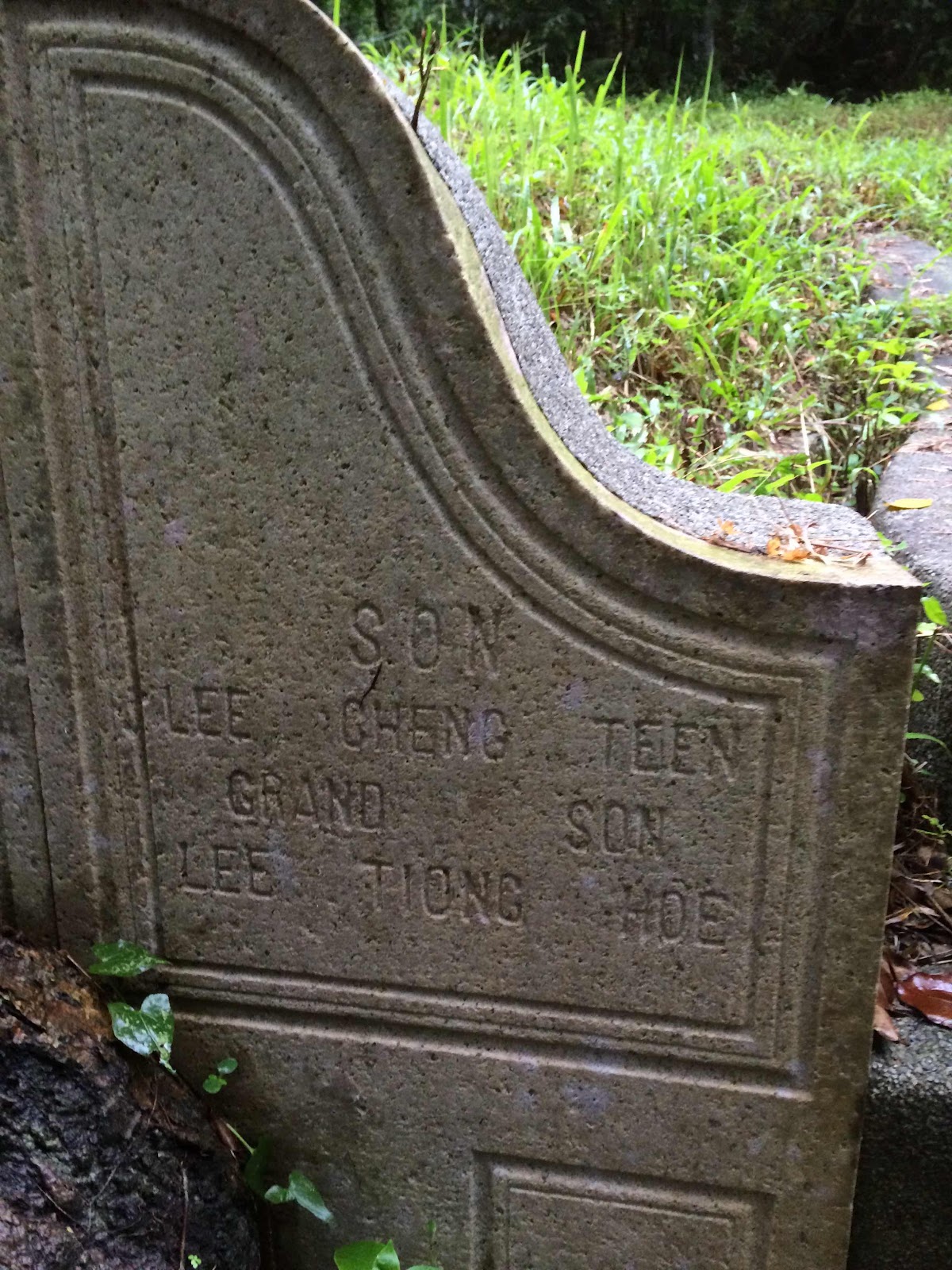 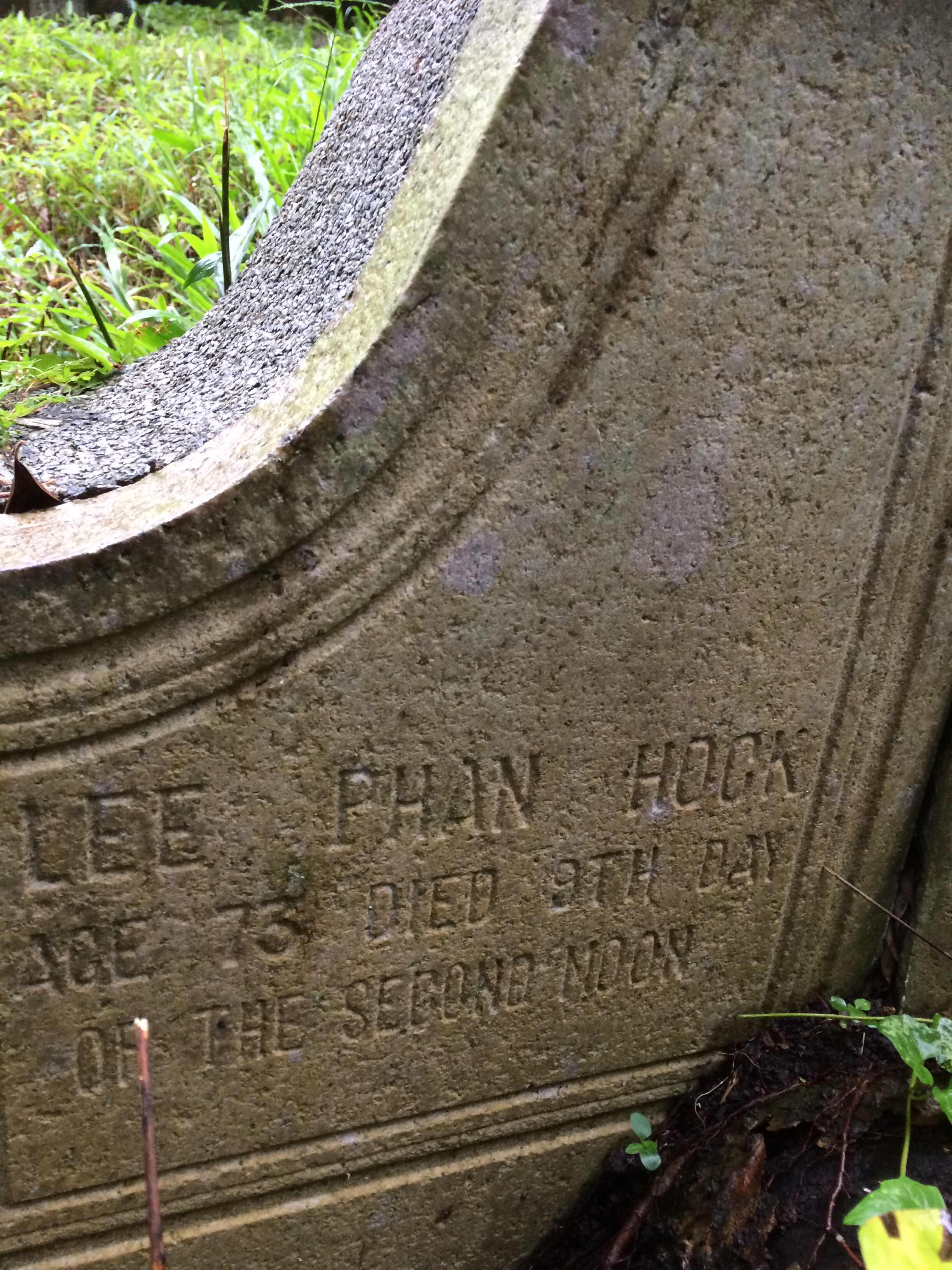 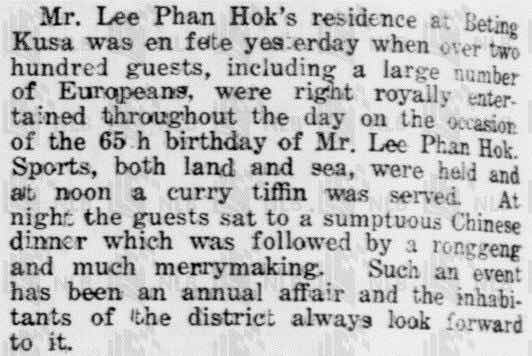 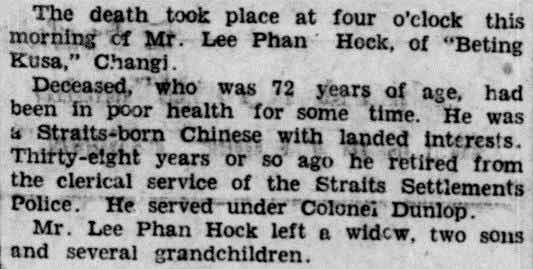 The Second Decade
During this decade several retail druggists’ shops, e.g. Kye Guan, Seng Tek Kee, Tong Sian and Hok Ann Tong, were already doing a good business. The last named was started by Lee Eng Guan, a phy- sician who had come from China and in time got to be well known. In those days the fee paid to a Chinese doctor  was only ten cents.

Lee Eng Guan married a niece of Tan Che Sang and their only Son Lee Boon Lim, born in Singapore in 1842, became engaged in export and import business with Shanghai, but died at the age of 31 before he had managed to establish the business on a sound footing, leaving a son Lee Phan Hok aged 11. After being educated at Raffles Institution, where Mr RW Hullett had already taken up the appointment of Principal, Mr Lee Phan Hok was employed in the  firm of Chip Hock & Co, Provision and Wine Merchants in Raffles Square. This  firm was begun by E Chip Hock in partnership with Tan Beng Teck,  a Straits- born Chinese, who, after some years’ residence in Japan, had returned to Singapore with a large consignment of lacquer and brass ware and porcelain, and the earlier  firm of Beng Teck, Chip Hock & Co was one of the  first shops to deal in Japanese ware. Chip Hock & Co, however, had to be wound up, and Mr Lee Phan Hok joined the Police Office as clerk and interpreter in 1881, retiring in 1897. He started a spirit shop in the following year and still owns it. He has acted and continues to act as agent to collect house rents in Singapore for Malacca landlords, like the late Mr Tan Chay Yan  and Mr Seet Kee Ann. He has travelled extensively in Japan, China and India, is a man of liberal views and is always ready to help in works of charity. He was one of the early adherents of the Singapore reformed party which discarded the queue in 1898. The cause of female education  finds in him a keen and consistent supporter.