Tomb of Lim Cheng Wee and Lee Kwan Neo. Lee Cheng Wee was chief cashier of P & O, died in 1917 and was reburied in BB with his wife when she died in 1923. Their son was a prominent doctor Dr Lim Soon Kian, who also died in 1933 and was too buried in BB. 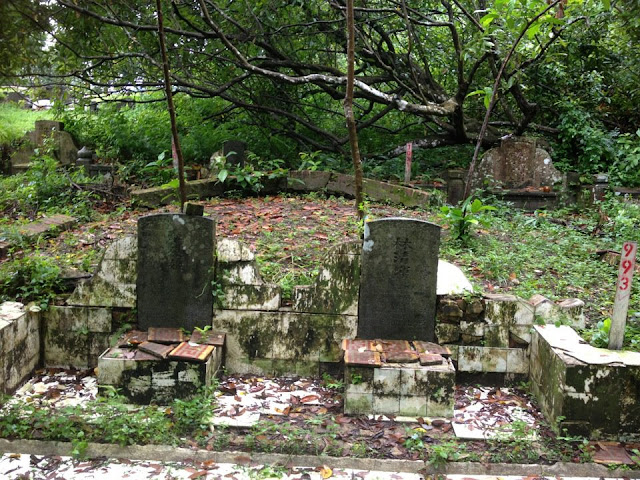 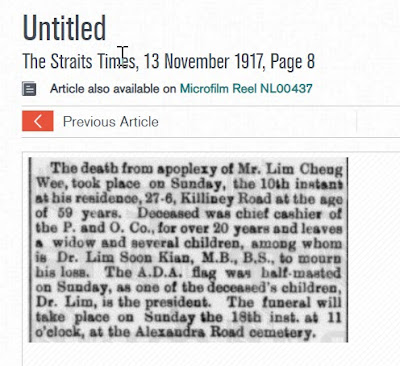 The death from apoplexy of Mr Lim Cheng Wee, took place on Sunday, the 10th instant at his residence 27-6 Killiney Road at the age of 59 years. Deceased was chief cashier of the P and O Co for over 20 years and leaves a widow and several children, among whom is Dr Lim Soon Kian, MBBS to mourn his loss. The funeral will take place on Sunday the 18th inst at 11 o' clock at the Alexandra Road Cemetery 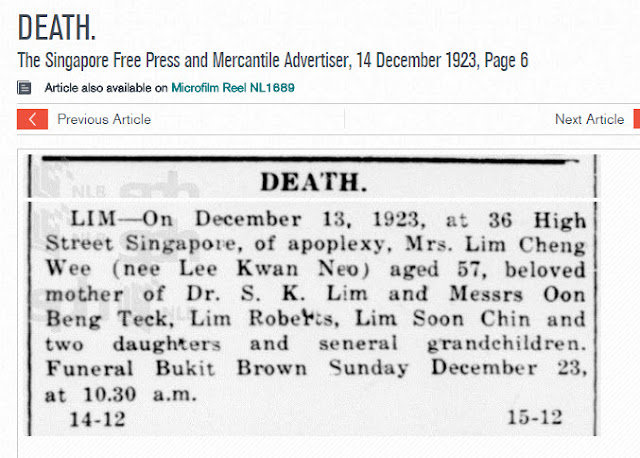