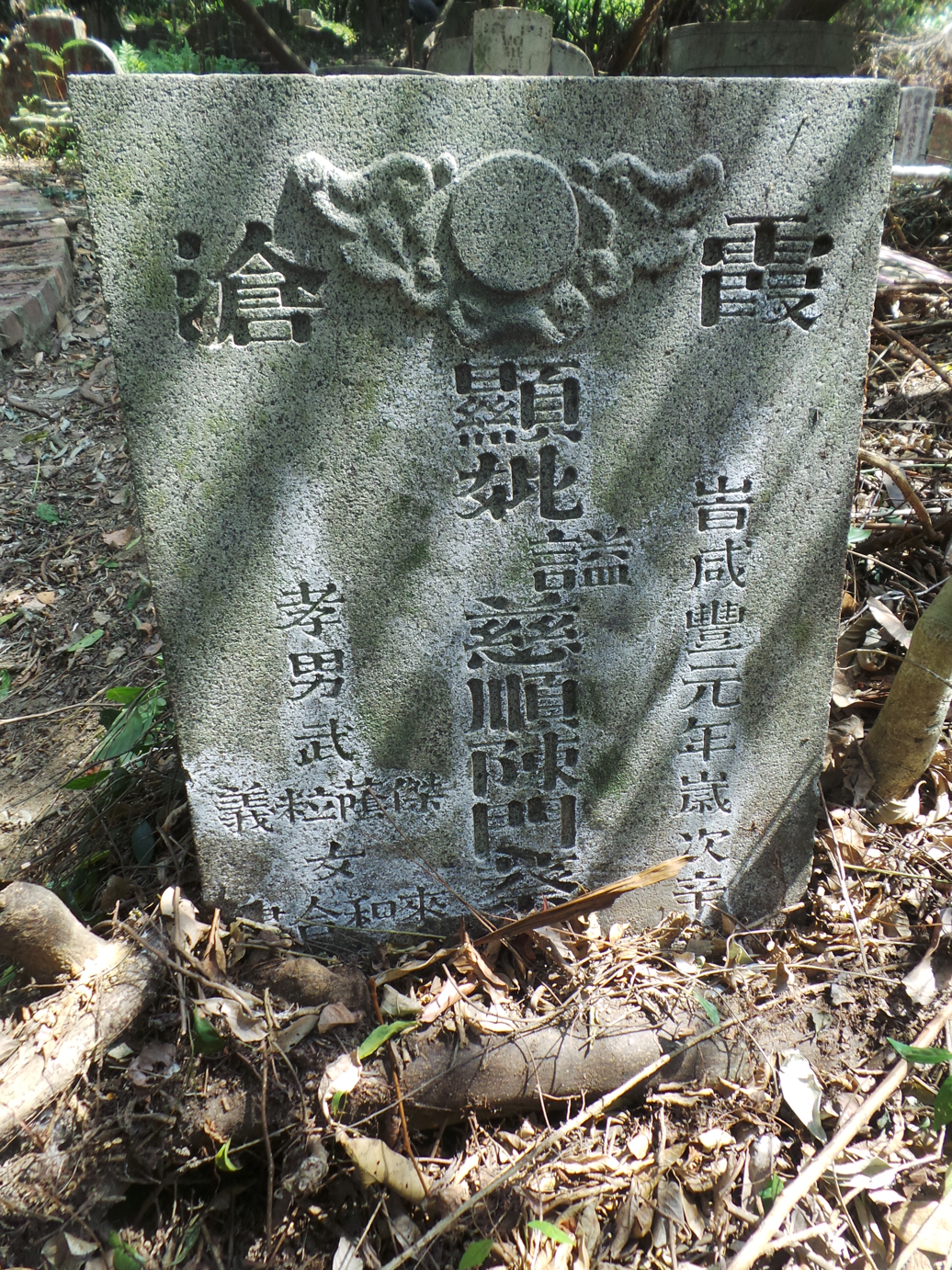 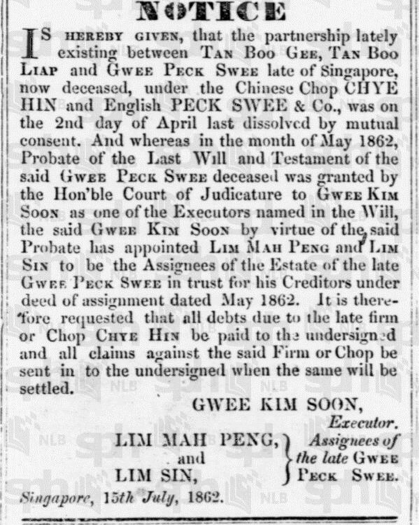 Gwee Kim Soon could be son of Gwee Peck Swee. He appointed Lim Mah Peng to be his assignee of the estate of the late Gwee Peck Swee in trust for his creditors

Burial land Registered by Tan Bee Leak, referenced in 30th Jan 1857, whereby they were 3 graves at that time

About 20 graves situated in the above two lots belonging to Loh Chit Neo , 17th Jul 1939 to the Colonial Secretary