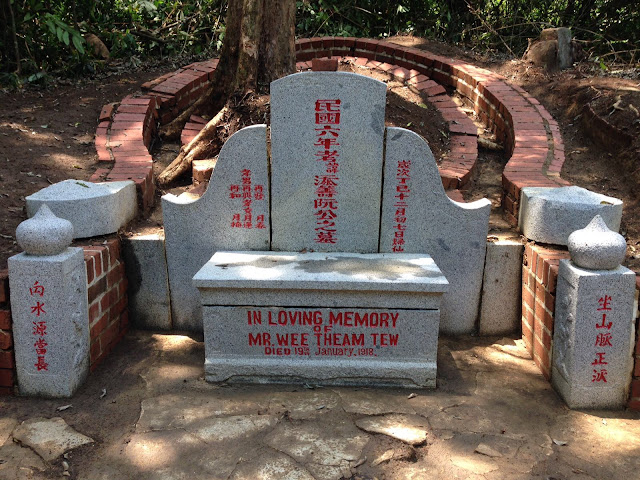 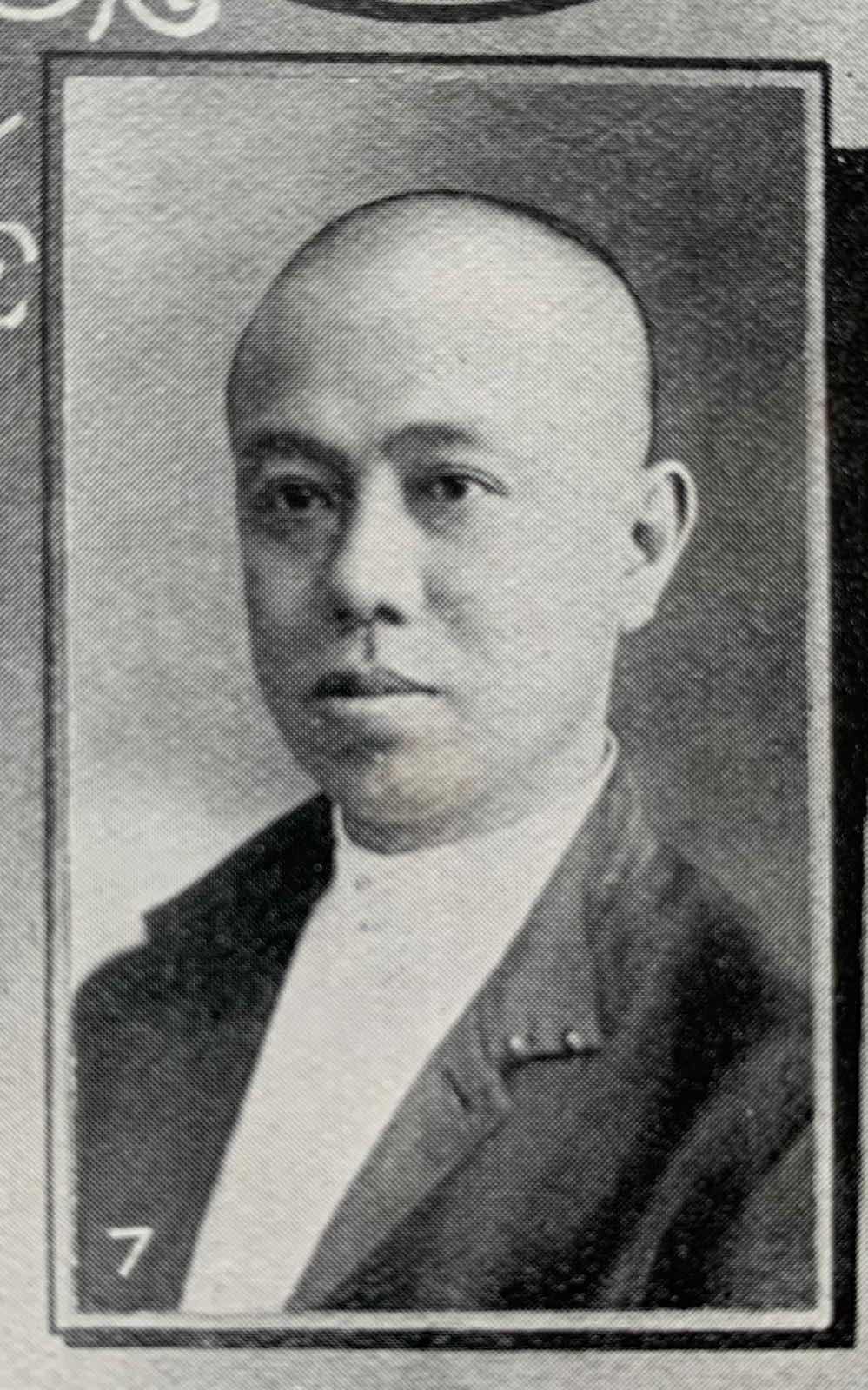 Mr. Wee Theam Tew, one of the leading Chinese legal practitioners of Singapore, comes of a family who have resided in the Straits

Settlements for three generations. His grandfather, Mr. Wee Theam Soo, came from China as a literary graduate, and, together with Dr.

Lim Boon Keng’s father and Mr. Cheang Hong Lim's father, to whom reference is made on another page, acquired the first opium farm in

the colony. Mr. Wee Theam Tew was educated locally,  after which he entered a commercial house in Singapore and rapidly rose

from the position of clerk to that of manager.

He was, however, attracted to the legal profession and, enrolling himself as a student at Lincoln Inn, he was called to the Bar in 1897  ·

Returning from London to the East, he was appointed secretary to the Prince of Su, the military governor of Peking, but after occupying

that position for a short time he came back to Singapore and commenced practice as a barrister. He has now attained an honourable position in the profession and built up an 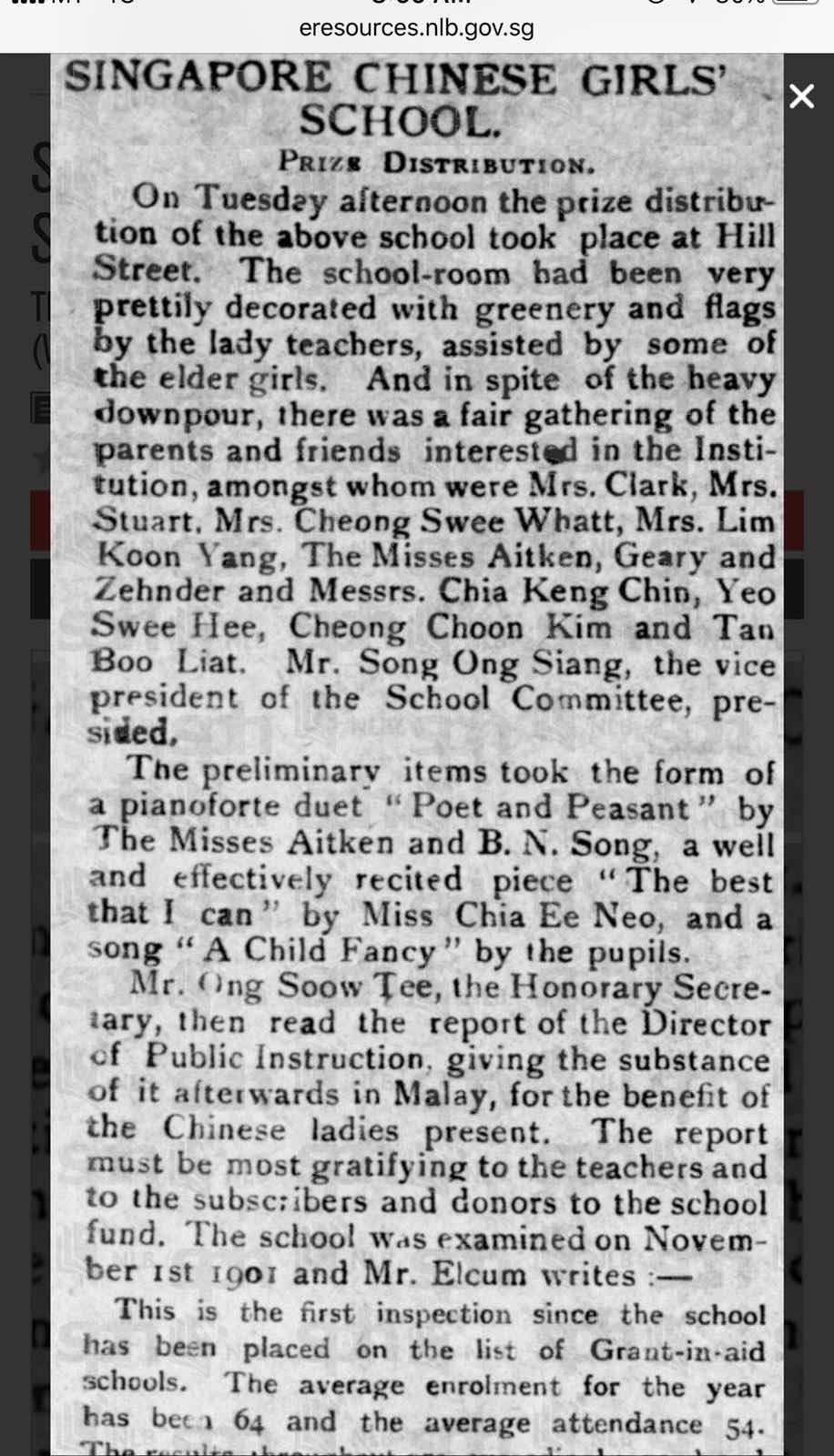 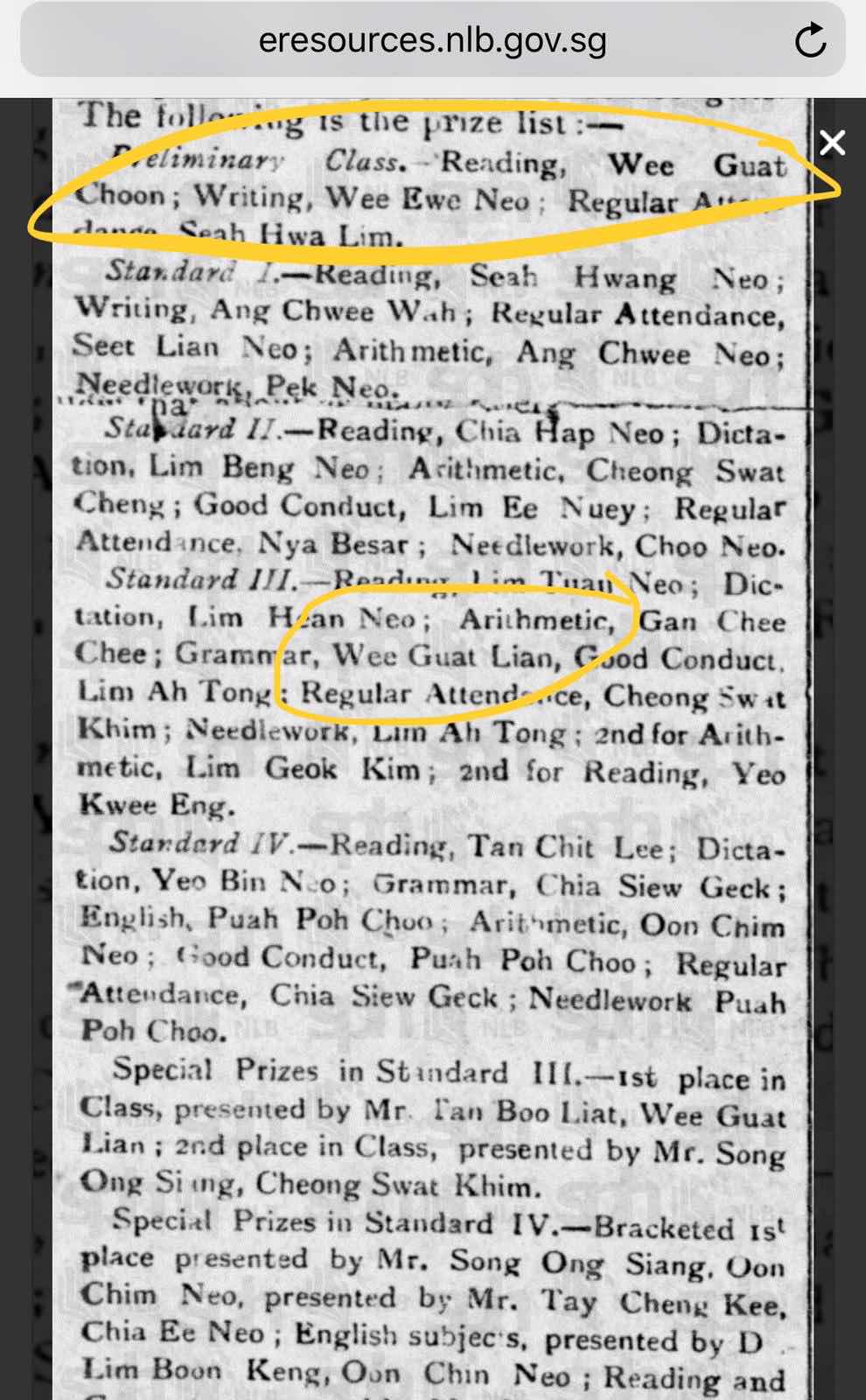 Singapore Chinese Girls School in 1902. Wee Guat Choon was in preliminary and Wee Guat Lian was in Standard III. There are 64 girls in the school 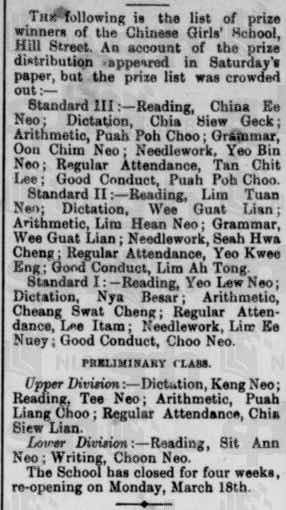 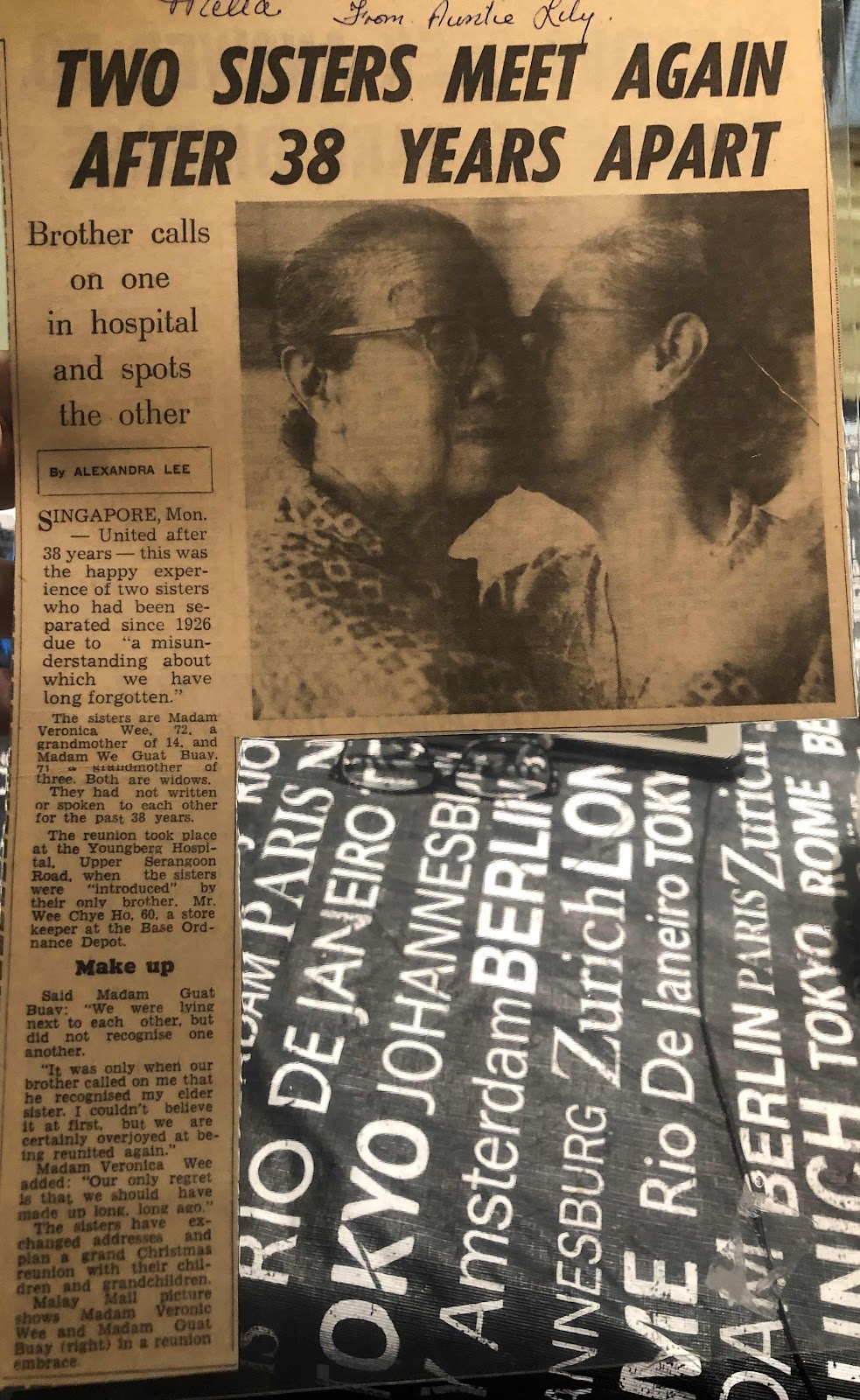 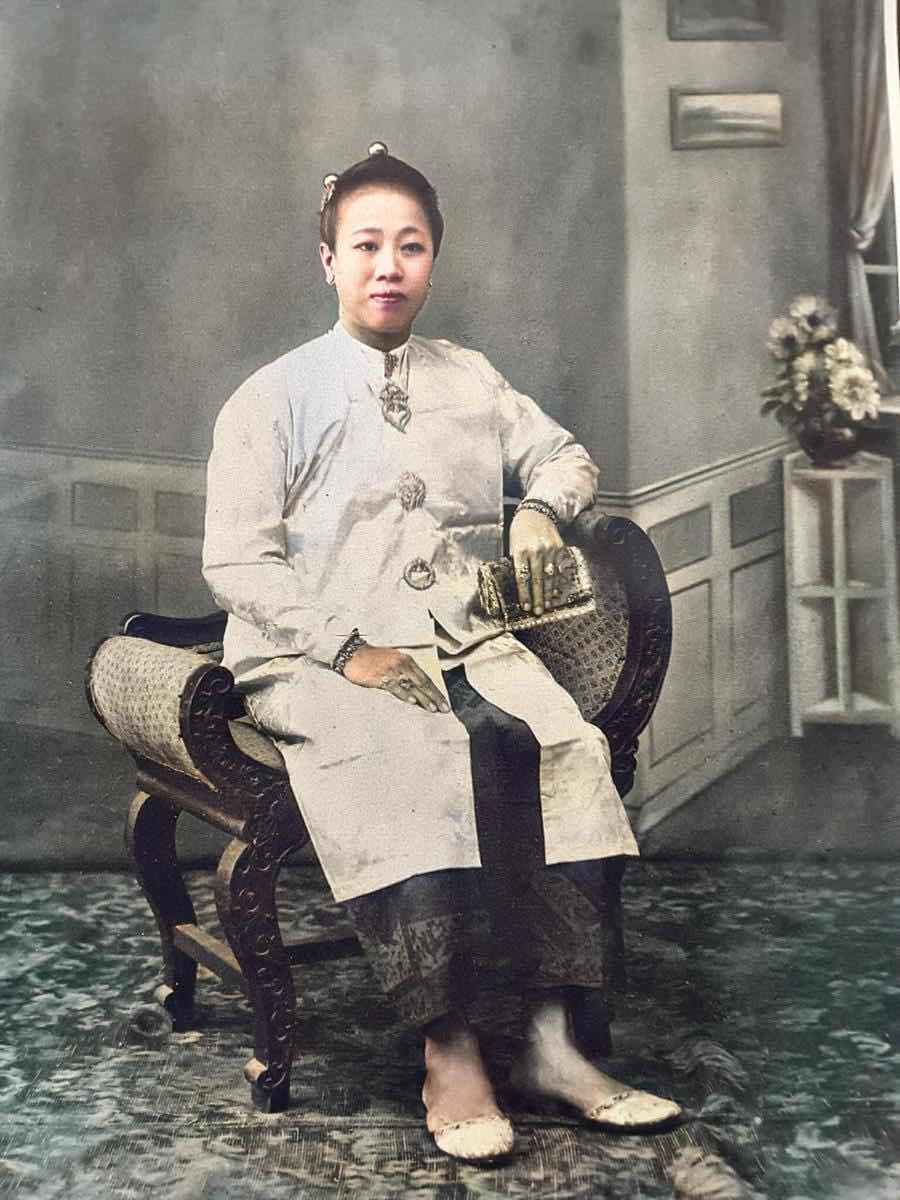