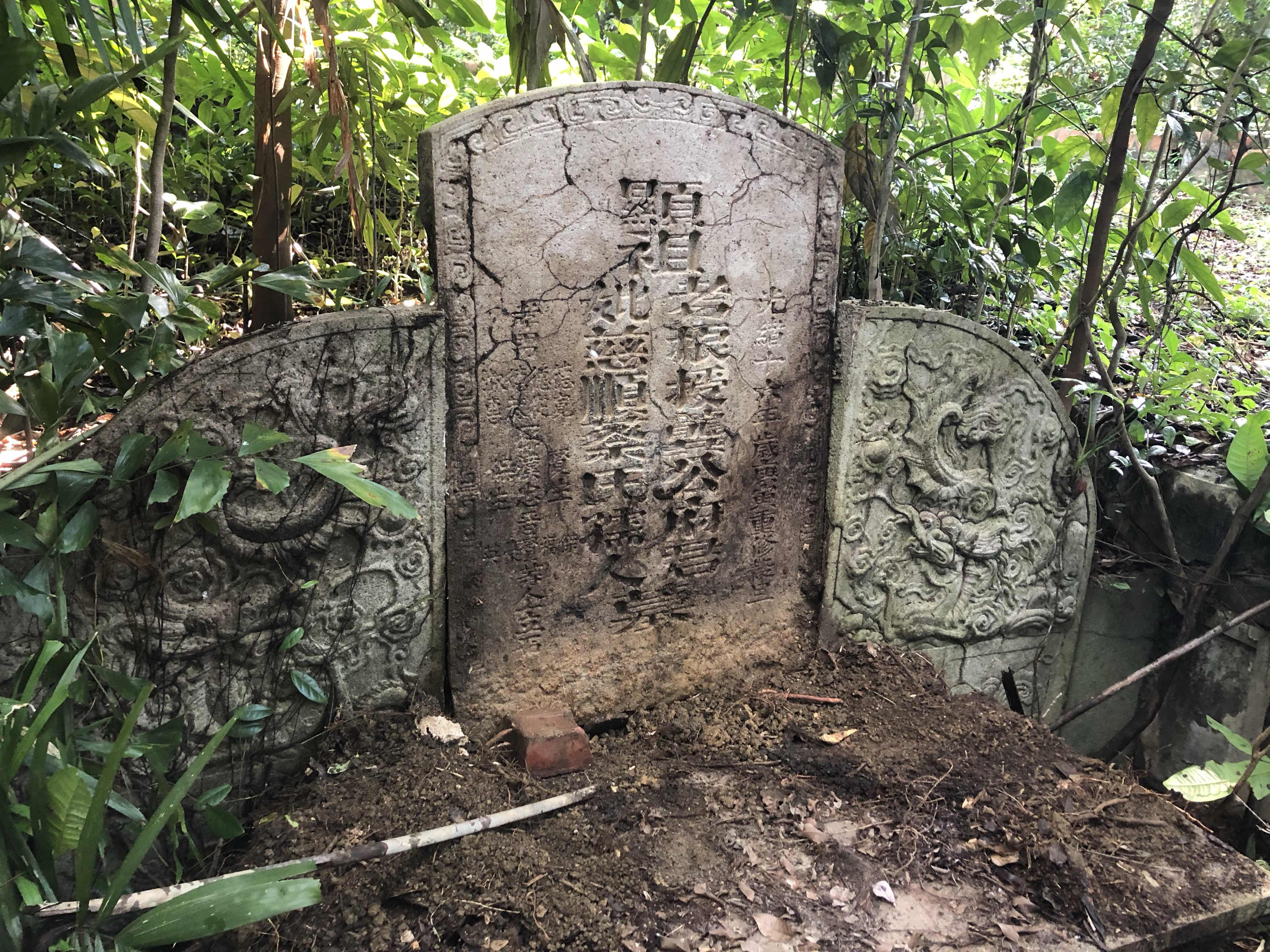 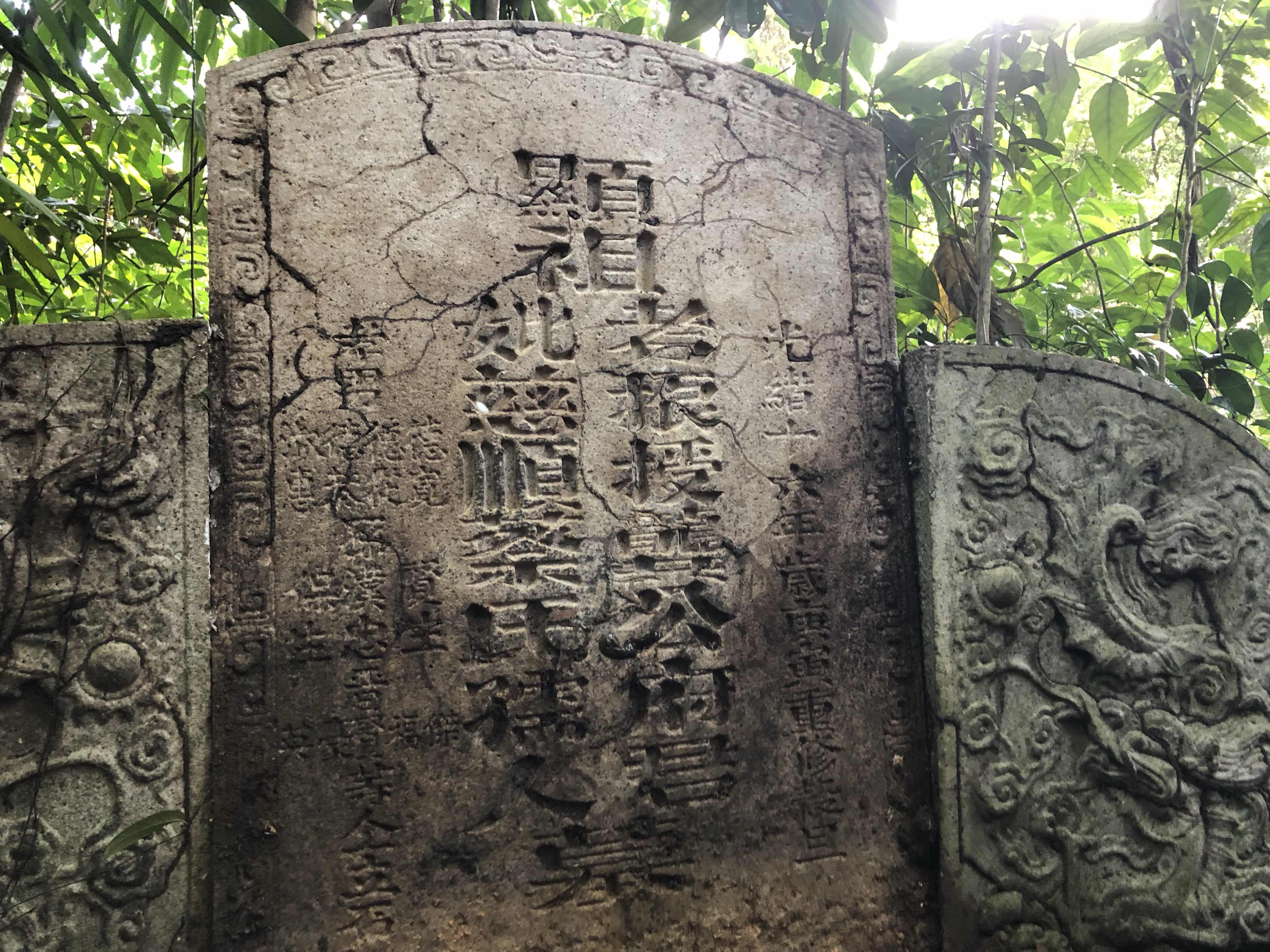 Choa Leong Neo wrote a will in 1841 lunar 5th month 5th day.  I believe she would have died shortly thereafter.

Her father was the well known Choa Chong Long where there was a pantun written about him.

Her father celebrate his 44th birthday in Singapore on 8th Jun 1831 and died in Macao in 1838 (ie 51 years).  Mr William Spottiswoode was his executor of  his will.

According to Choa Leong Neo's will, she mentioned that she was the eldest daughter and together with 3 younger sisters inherited Chong Long properties.  As she was then ill and may die in the near future, she has named her husband executor of her estate

Mr Kiong Kong Tuan came from Penang, where he had carried on business as a merchant and established himself in Singapore. He married a daughter of the well-known Choa Chong Long, by whom he had an only son, Kiong Seok Wee, and several daughters, one of whom became the wife of Wee Bin of the steamship  rm of ‘Wee Bin & Co’.

Mr Kong Tuan also  figured as the Spirit Farmer for some years. He had a spirit factory at Pearl’s Hill, and the site is still known among the Chinese as Chiu-long-san (the spirit factory hill). He died at the age of 64 years on 16th January 1854. Mr Kong Tuan was the grantee of that large tract of land comprising twenty acres which has now become a thickly populated Straits Chinese residential quarter with Chin Swee Road as the main artery, and Cornwall Street and Seok Wee Road as side streets.

His son, Kiong Seok Wee, did not fancy spirit farming. He went into business with his brother-in-law, Wee Bin, but the partnership was short-lived. In 1865 along with Wee Leong Hin, the  rm of Leong Hin, Seok Wee & Co, chop Aik Ho, ship-handlers, was established at Boat Quay and another under the chop Joo Chin & Co. as General Merchants. ‘Aik Ho’ was accidentally burnt down, and as it was not covered by insurance, Mr Seok Wee sustained a severe loss which was augmented by the failure of Joo Chin & Co. He was at that time one of the proprietors of the Singapore Daily Free Press and Mercantile Advertiser. In 1869 the affairs of Mr Seok Wee and his partner were administered by the Court of Insolvent Debtors. He died in 1888 at the age of 49 years, leaving six sons and two daughters, the elder of whom became a daughter-in-law of Mr Tan Kim Ching.

The youngest son of Mr Seok Wee is Kiong Chin Eng, chief clerk and cashier at the General Hospital, a man of liberal education and a  first- class player both in tennis and chess.
Straits Times 1885 June 15 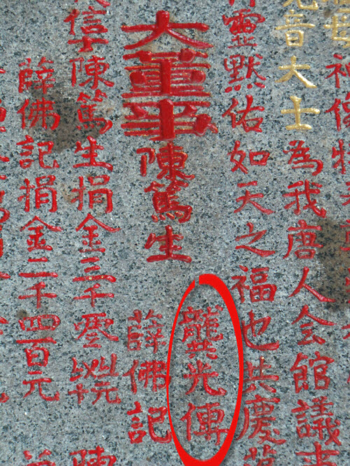 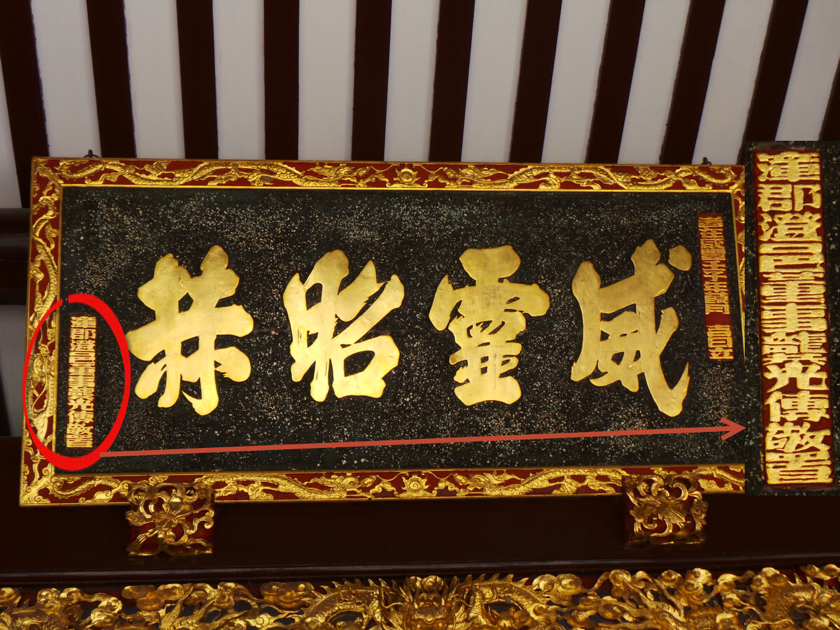 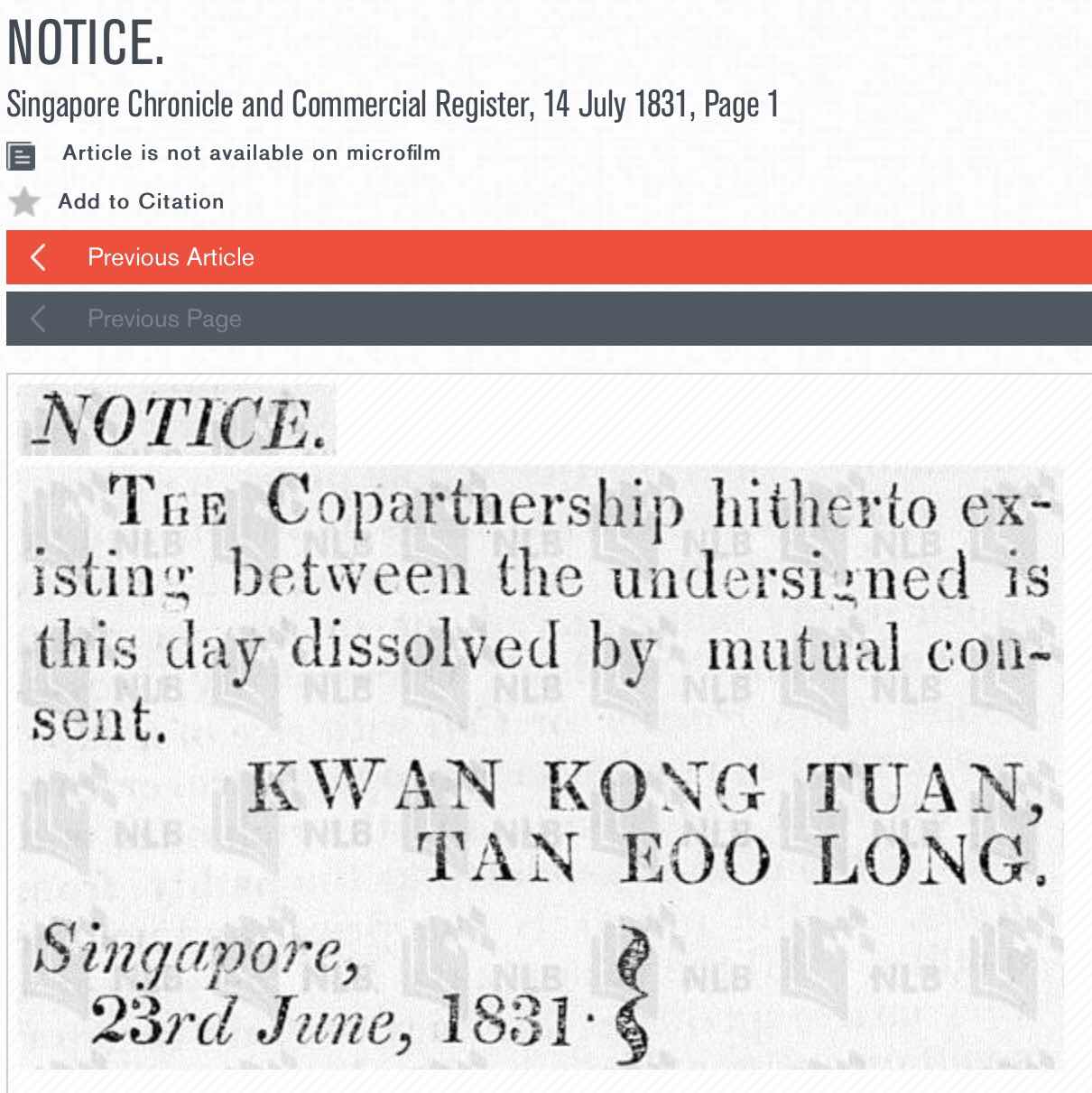 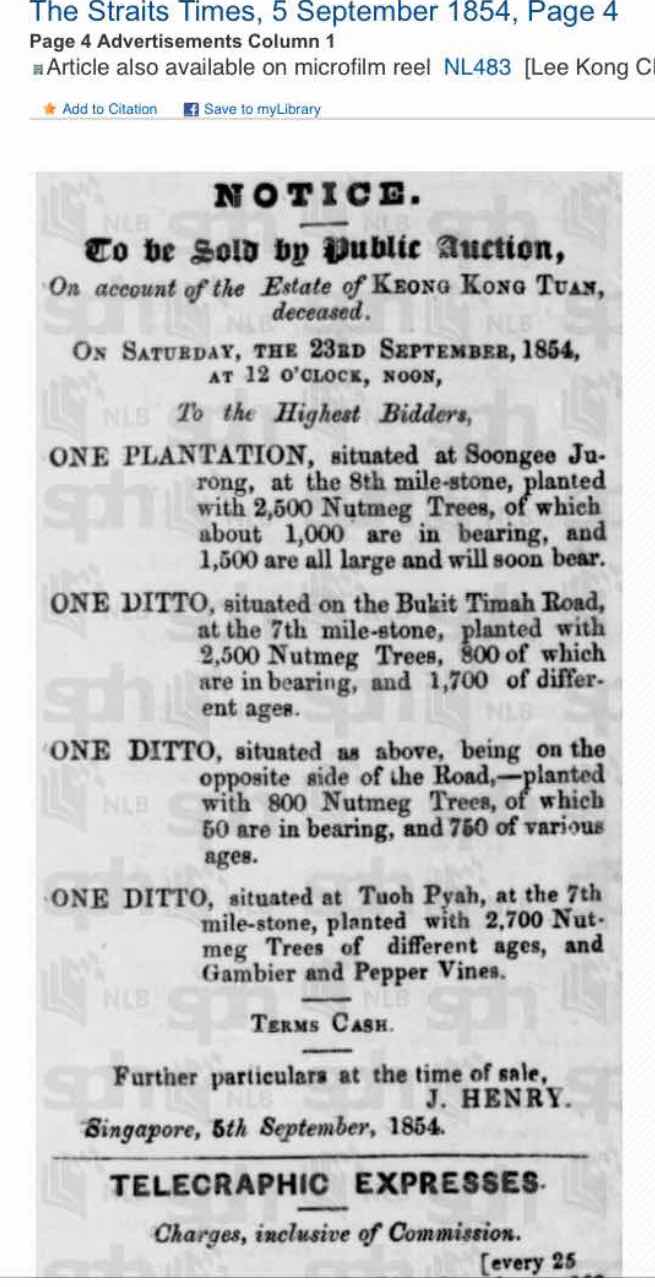 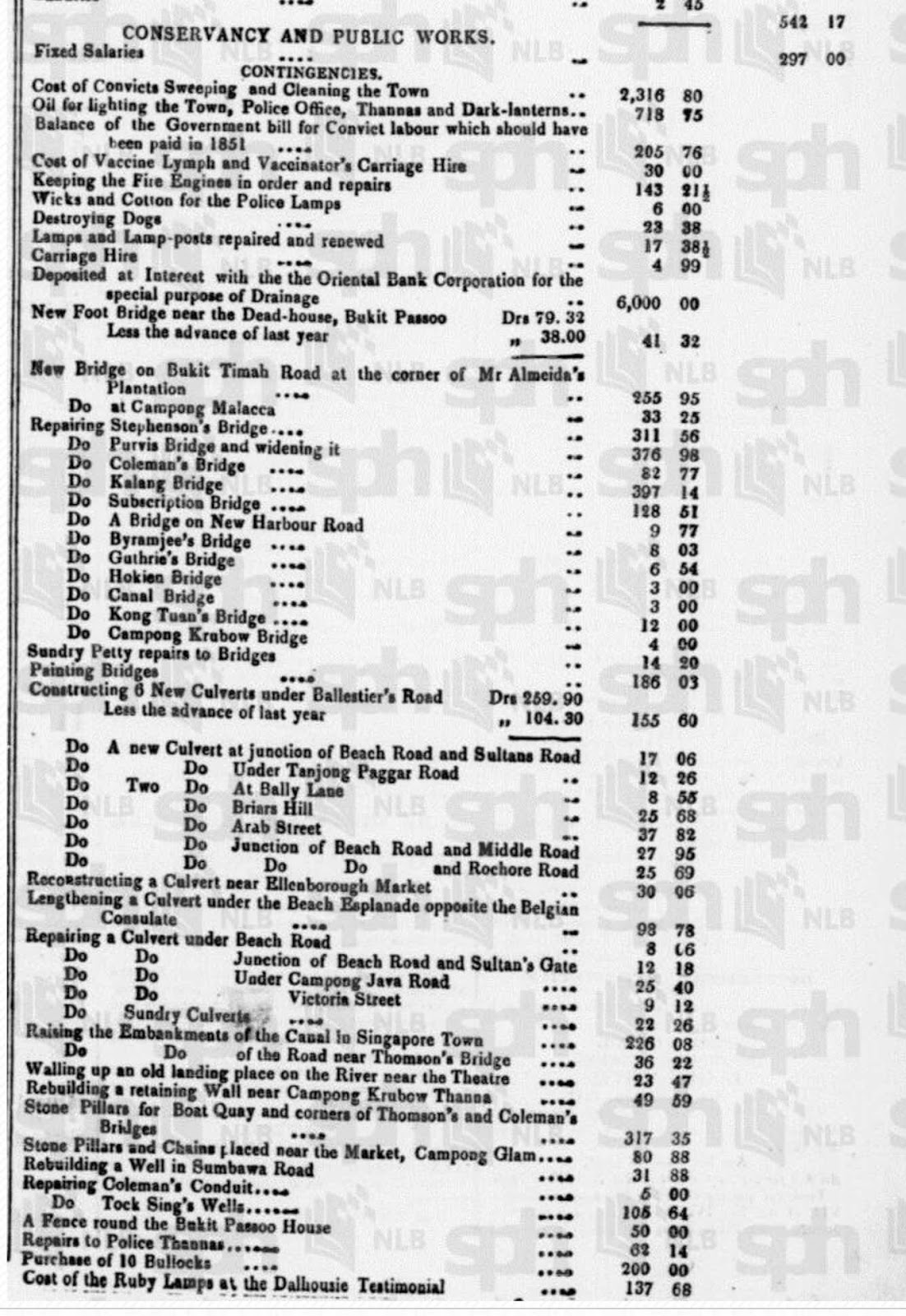