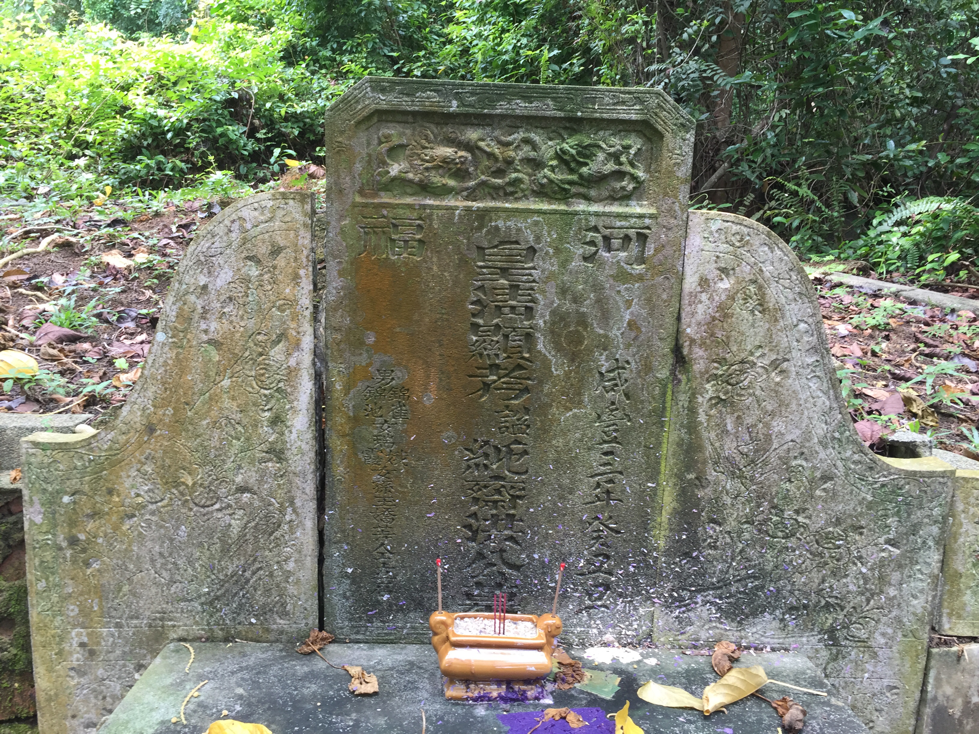 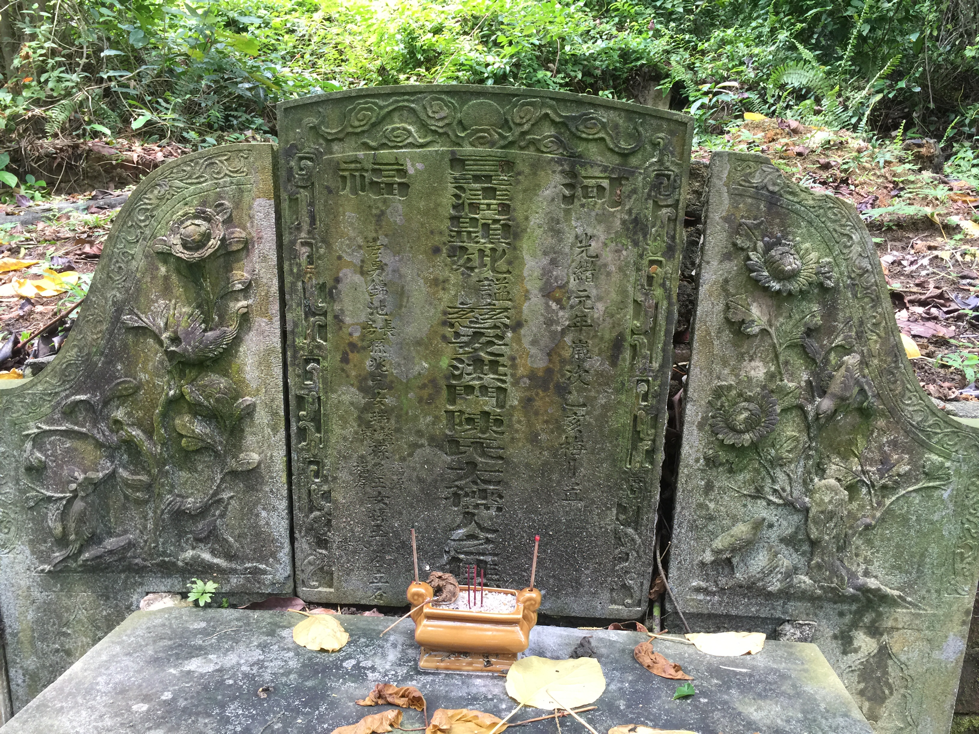 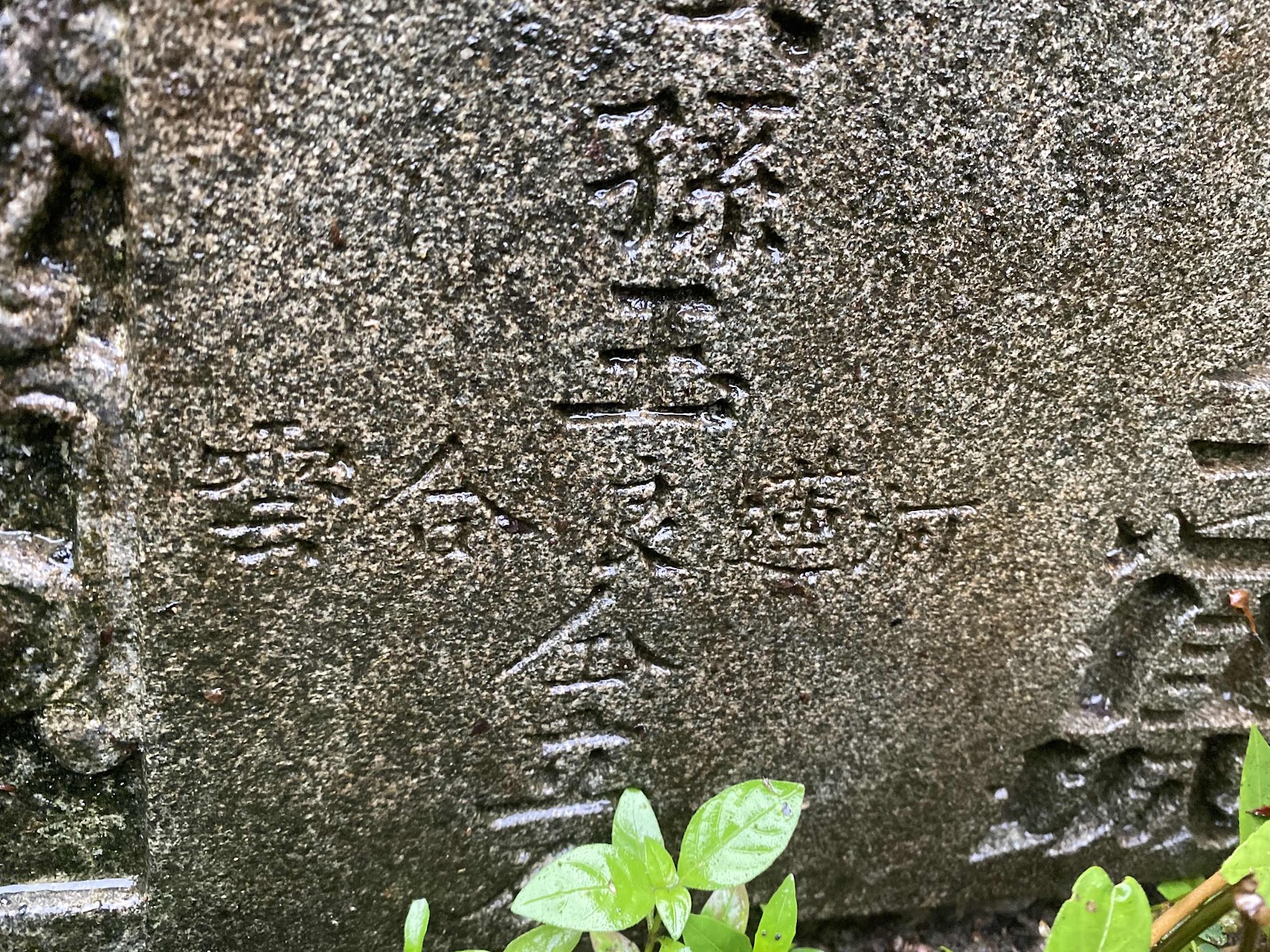 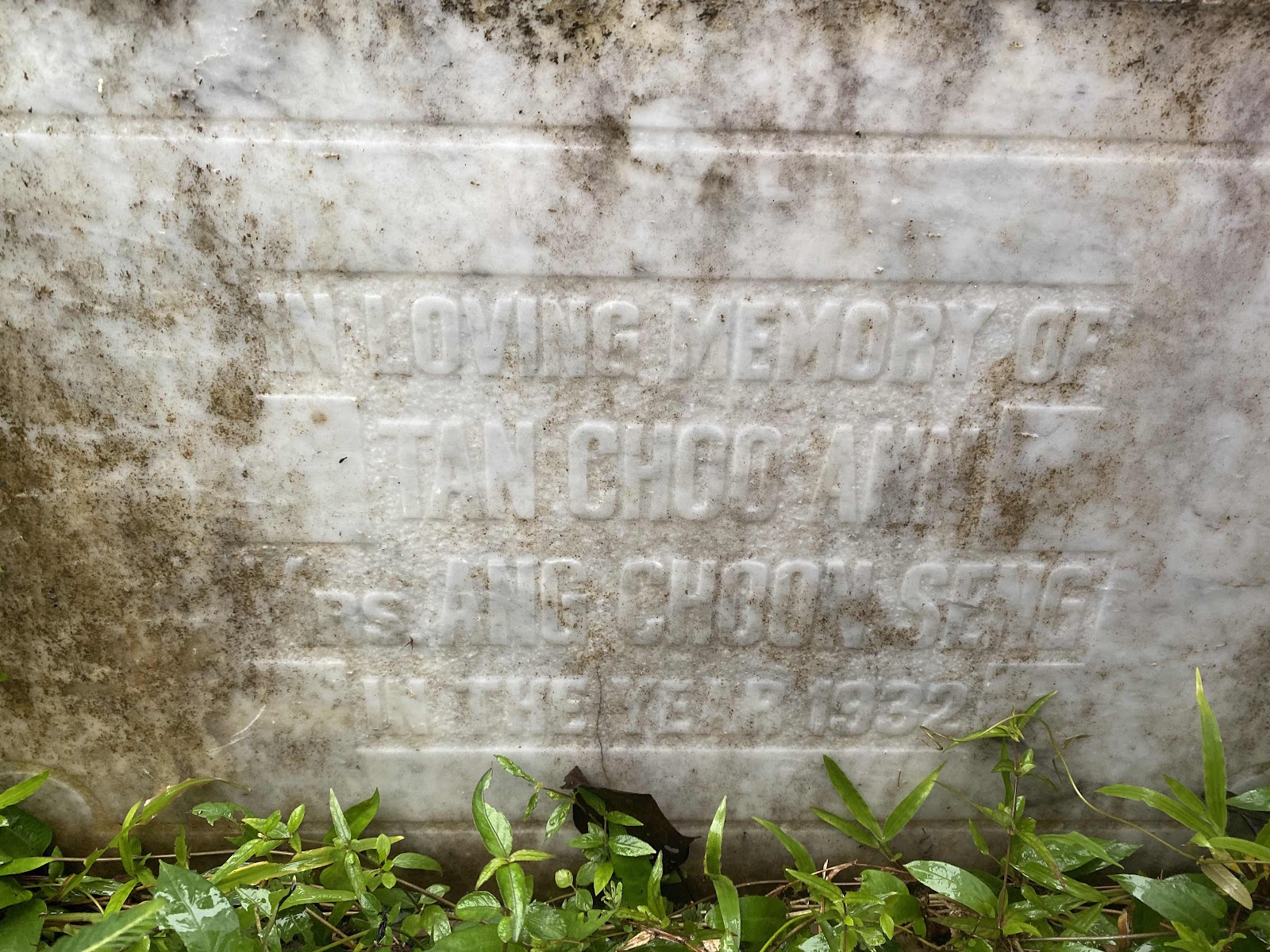 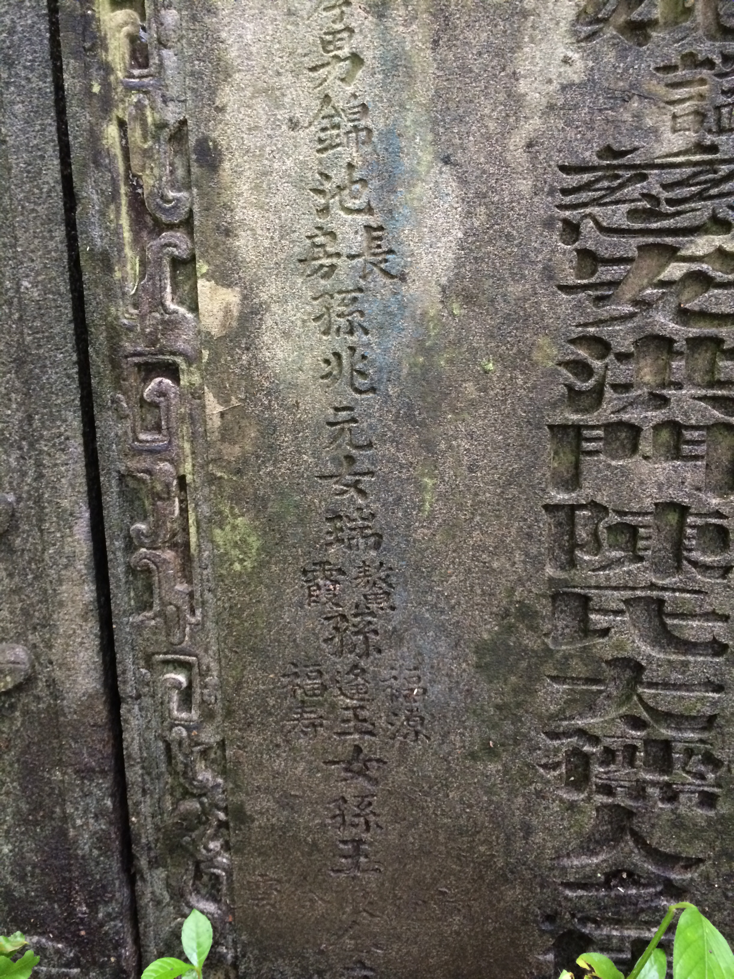 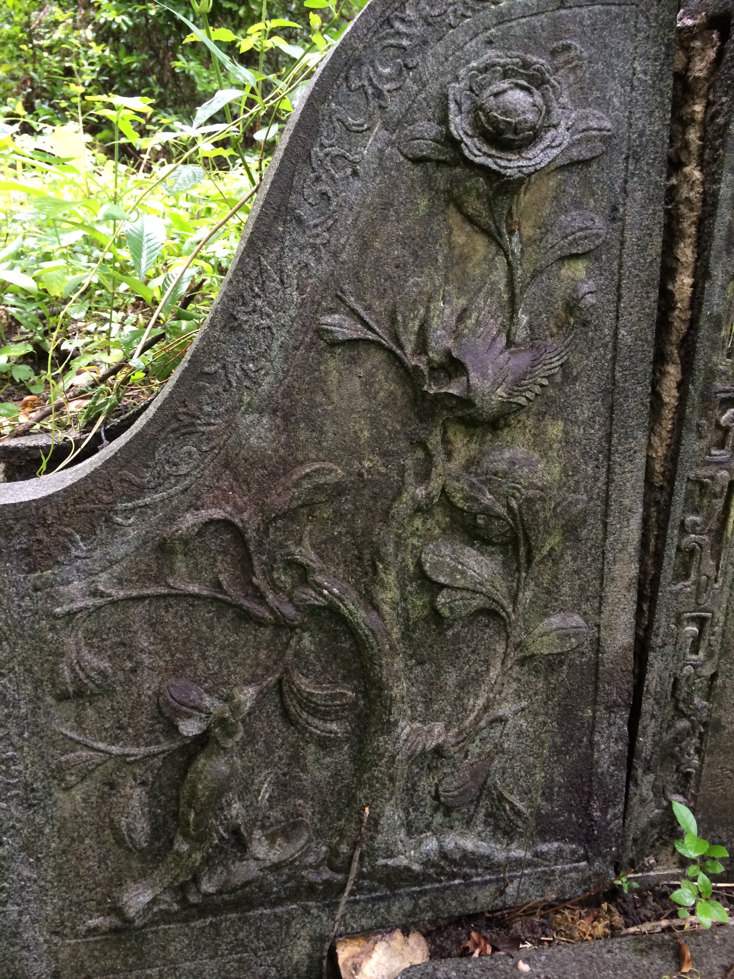 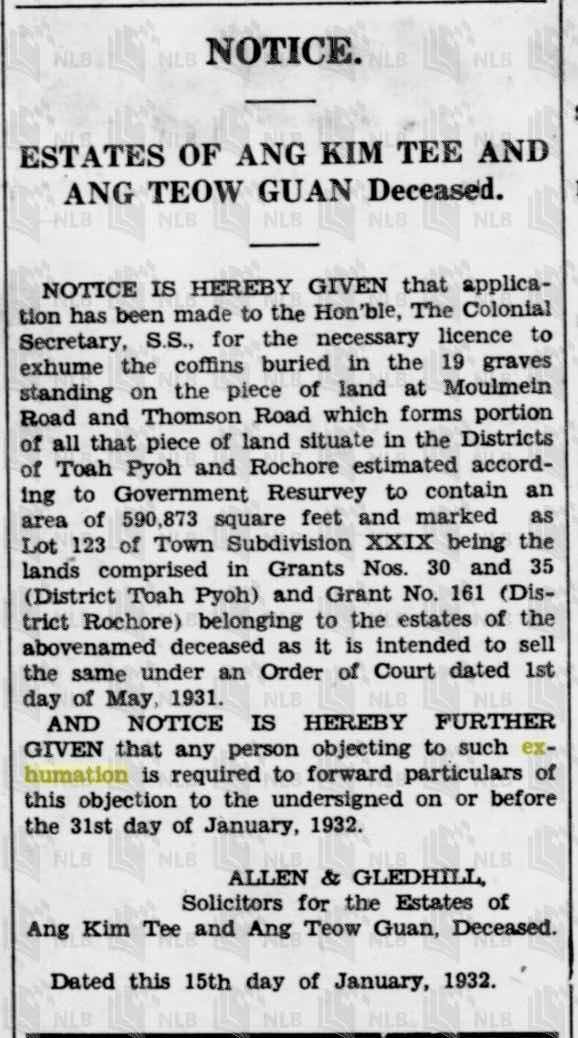 Ang Choon Seng was born in Malacca in 1805. Coming  to Singapore at an early age, he started business in Philip Street under the chop Chin Seng as commission agent and provision merchant. He owned two schooners, Patah Salam and Kong Kek, trading to Saigon and Bangkok, and went in for nutmeg planting, which was for a little time successful. This nutmeg plantation was situated somewhere in Moulmein Road.

At his death on 2nd February 1852 his elder son Ang Kim Cheak (who was born in 1827) continued the business, in which he was joined by his younger brother Ang Kim Tee (born in 1839) when he came of age. When Kim Cheak died in 1870, Ang Kim Tee carried on the same business as its sole proprietor, which ceased with his death on 14th December 1901. He married a daughter of Mr Lim Kong Wan and three of his daughters became successively the wives of the Hon Mr Tan Jiak Kim, while another daughter is married to Mr Lim Tek Wee of the Straits Times